Australia’s pool of attackers is growing deeper by the day, according to Caltex Socceroos Head Coach Graham Arnold.

The Caltex Socceroos outshot Korea Republic 22-4 in Saturday evening’s 1-1 draw in Brisbane, a dominant performance in which Australia’s exciting attacking style under Arnold was laid bare.

And although it took a last-gasp equaliser from Massimo Luongo for Australia to force a result, the 55-year-old believes the strength and depth of front line options was emphatically demonstrated at Suncorp Stadium.

“What we want is depth, and the pool is getting deeper,” he said.

“The kids are coming. You can see the young boys on the bench and they add energy.

“I thought the players who came on added a lot of positive energy.

“We’ve worked a lot with the ball, and I think you can see that. With the ball I thought we were excellent. There’s still obviously some rhythm to come but we’ll build on that.”

REPORT: Luongo strikes at the death as Caltex Socceroos and Korea Republic draw 1-1 in Brisbane

Arnold remarked on the increased flexibility afforded to Australia’s front line, highlighting the performance of Mathew Leckie in particular as an example.

The Caltex Socceroos boss also hailed the impact of second half substitutes Awer Mabil and Martin Boyle in ensuring Australia finished their first match on home soil in over a year with smiles on their faces.

“We’ve got the players in the areas and the positions and you saw that with the three number nines, narrow players," he continued.

“The boys that came on added lot of spark, [Martin] Boyle added spark, [Awer] Mabil added spark and you can see we’ve got pace.

“We’re building and we’re going to build strongly and I’m excited about the future.” 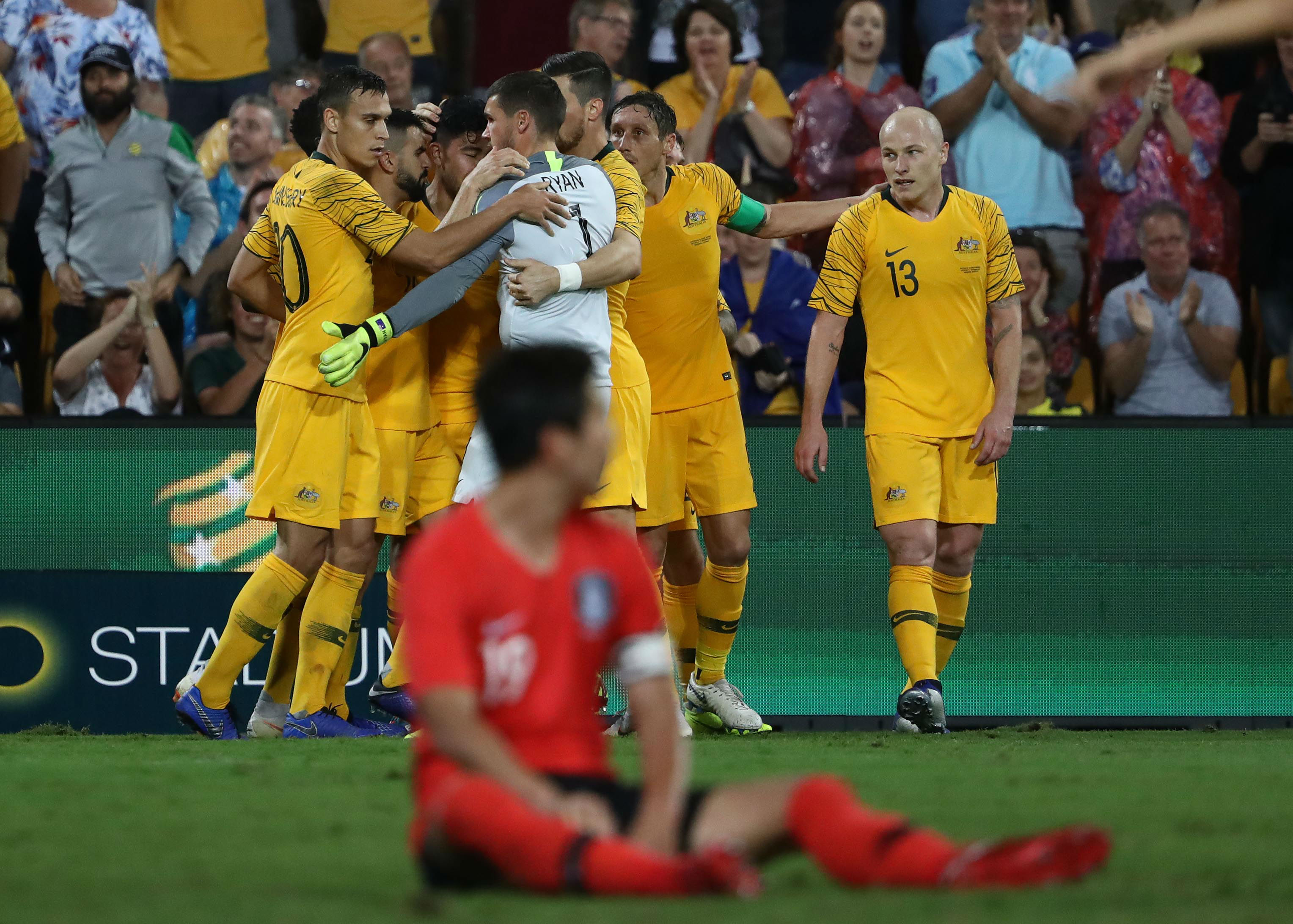