'Killing the infection before it killed me': Paul Wade opens up on health battle with epilepsy

“For a while I was sitting there with nothing protecting my brain; they were killing the infection before it killed me.

“Then I had a third operation to put a steel plate in over the over the hole in my head.”

Former Socceroos captain Paul Wade’s work ethic and leadership qualities were always on full display whenever he pulled on the Green and Gold.

He is often remembered as the man who performed admirably when faced with one of the toughest challenges in Socceroos history: marking Diego Maradona with a FIFA World Cup 1994 berth at stake.

Yet at the time, not even the battling midfielder was entirely aware of the personal health struggle he was already enduring.

Just weeks after returning home from Buenos Aires, Wade was diagnosed with epilepsy; a condition he chose to conceal from the public eye for almost a decade.

Having unknowingly suffered symptoms since childhood, it was not until the age of 32 – just days before the second leg against Argentina – that he experienced his first major seizure.

“I was standing with a physiotherapist and I collapsed right in front of him,” he told Socceroos.com.au.

“When he told the doctor, they both decided that when we get back to Australia I would go and see a neurologist.”

In total, Wade made 345 national league appearances, played 119 matches for Australia (including 84 full internationals), while representing his nation at the 1988 Olympic Games and two FIFA World Cup qualification campaigns. He captained the Socceroos from 1990 to 1996.

But the 46-time Australian skipper admits he had to be “dragged” to the neurologist’s appointment which confirmed that he had been tolerating epilepsy his entire life.

“They explained to me what epilepsy is,” he said. “The neurons were short-circuiting in my brain.

“A scar that I was born with was causing me to have seizures.”

Retrospectively, Wade acknowledges that he had long been exhibiting symptoms of the disorder.

“I've been experiencing mild seizures all my life,” he said. “But I didn't know what that feeling was.

“I just felt really weird for 30 seconds. I describe it as feeling sick, hot, dizzy, and lonely.

“I wasn’t falling down and my voice didn't become distorted. It was just a horrible feeling inside of me.” 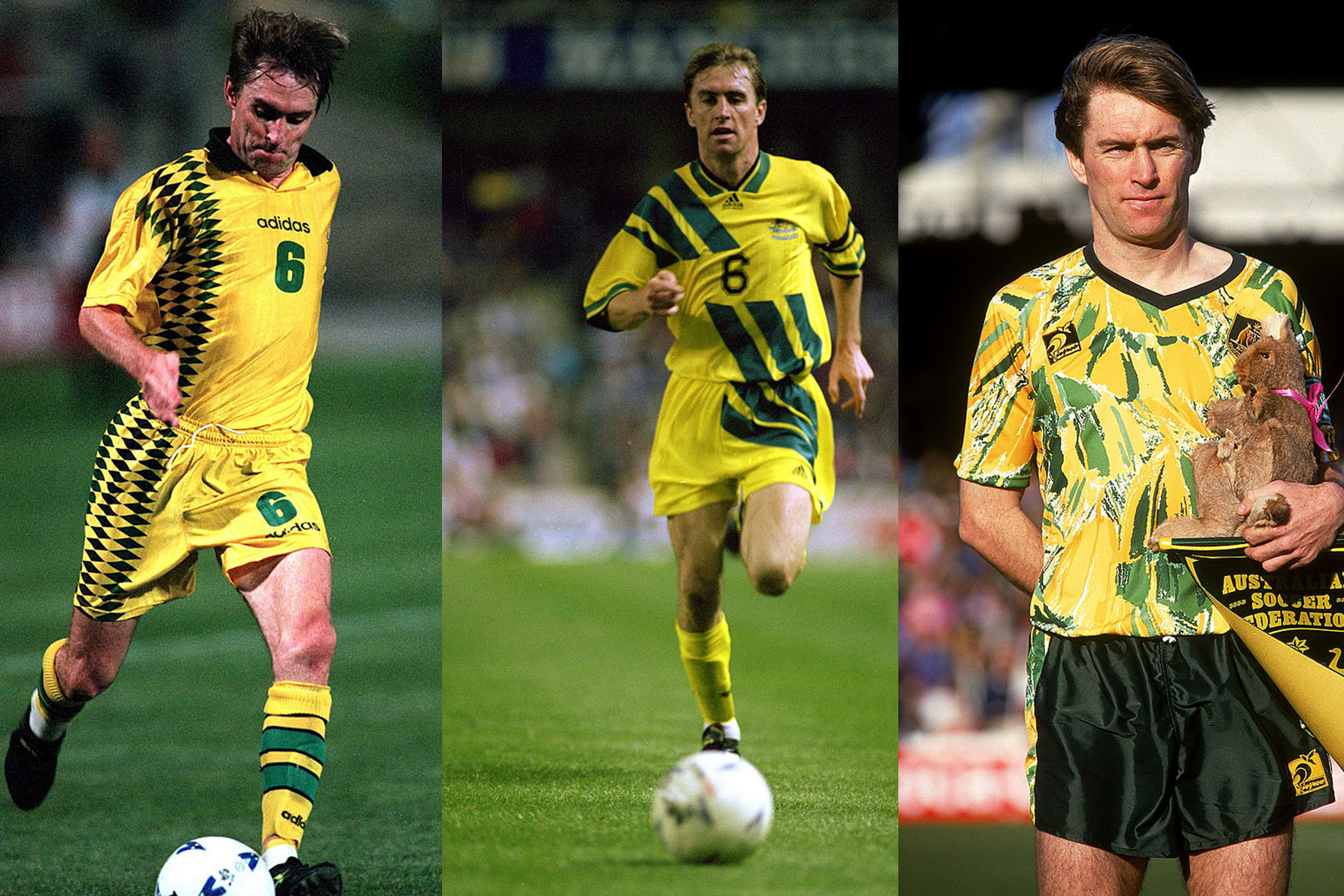 Despite the strange sensation that would appear sporadically, Wade was never concerned enough to share it with anyone.

“It would happen anytime, anywhere,” he said. “Whether I was going to school or playing a game.

“But it was only 30 seconds and the way we were brought up, I felt I had to suck it up and deal with it.

Even following his 1993 ordeal, Wade played out the twilight years of his career disclosing the diagnosis to only a handful of people in his inner circle.

“Like a lot of people who have disorders, you hide it because you feel it's embarrassing,” he reflected.

“Or you feel that there are consequences that might not be very nice.

“I worried about discrimination and didn't know how coaches would react – I worried they would think ‘well, he's on drugs and it's slowing him down.’”

A nightmarish experience on live television in 2001 proved to be the turning point Wade needed.

“Nobody else knew that I had epilepsy until I was interviewing Paul Okon when the Socceroos played France in a friendly at the MCG,” he recalled.

“My voice became distorted and he (Okon) looked at me going ‘what's happening here?’

“I had no idea I was having a seizure and he also had no idea, so I asked him those three questions and that was the end of it.”

It was then that legendary football writer Mike Cockerill assisted Wade in publicly broadcasting his struggles for the first time.

“Once Mike found out he said, ‘look, I want to write a story so everybody knows, and nobody can speculate or make things up.’

“I thought that was a great idea.

“Once it was public it made it so much easier, as I realised people had empathy.

“It felt great to know I didn't have to hide it anymore.”

While he no longer had to worry about hiding his struggles from the public eye, the physical effects of epilepsy were starting to take their toll.

Considering their hefty impact on his family life and post-career pursuits, Wade made the brave choice to explore the possibility of invasive brain surgery.

“The medications were starting to stop working so we did tests to see if that bar could be removed from my brain,” he said.

“At that point I was willing to explore anything because I was having tonic-clonic seizures and absences five times a day.”

Aware of the risks, Wade checked into a Sydney hospital for surgery in September 2002.

“I was told there was a five percent chance I could die, go blind or be paralysed so there was a lot to think about,” he reflected.

“But my life was terrible because I couldn't drive anywhere, so I thought to myself, ‘I want my independence back. If they think that they can take that part of my brain out and I survive, then bring it on.’”

His surgery ordeal spanned five months, with three separate operations required to remove the scar from Wade’s brain and treat a subsequent infection.

“They took me in, did the first operation and removed the size of two matchboxes from my right frontal temporal lobe,” he recounted.

“Unfortunately the scar got infected and they had to take me straight back in to take the infected bone out.

“For a while I was sitting there with nothing protecting my brain; they were killing the infection before it killed me.

“Then I had a third operation to put a steel plate in over the over the hole in my head.”

Wade proudly shares how he has not experienced a single seizure since the high-stakes procedure.

The price he has had to pay are the side effects of short-term memory loss and a decreased ability to concentrate.

Despite this, he has maintained a strong voice within the media and launched a successful motivational speaking business.

“When I was commentating on the A-League with ABC Radio, I used to go through two pencils writing everything down,” he said.

“So that when it came to my turn to talk I could just quickly read my notes.

“For a four or five minute segment on the news I have to study for eight hours.”

The former Socceroos skipper particularly relishes the opportunity to inspire others through tough times with his Paul Wade Life Skills company.

“I thought a key message from my epilepsy story is resilience,” Wade said.

“I talk to all kinds of people about what is it that keeps driving me on despite the fact that I've got short term memory loss and I could easily fall in a heap and feel sorry for myself.

“I find new reasons all the time that say why I shouldn't let this epilepsy beat me.

“The one rewarding thing is that I get to tell this story to people are also struggling in different ways.”

Listen to the FFA Podcast with Socceroo Martin Boyle below! Subscribe on iTunes, Spotify and Google Play.