A host of FFA Cup 2018 stars have been handed the chance to secure Hyundai A-League contracts with Newcastle Jets.

Avondale striker Kaine Sheppard and Bentleigh Greens goalkeeper Ryan Scott have starred en route to the last eight and have been training with the 2017/18 Hyundai A-League Grand Finalists since Monday.

Northcote City’s winger Gerrie Sylaidos is also set to trial with the Jets.

English-born front man Sheppard has scored 14 goals in 20 NPL Victoria matches for Avondale and notched opening goals in the club’s 4-1 victories over Marconi Stallions and Devonport City in the Round of 32 and Round of 16 respectively.

The Avengers now have a quarter final date with 2017 winners Sydney FC and will fancy their chances at another FFA Cup upset should the 24-year-old remain on hand.

However, if Sheppard is successful in his trial with Ernie Merrick's side he will follow a path trodden by several National Premier League talents - most notably former Heidelberg United teammate Kenny Athiu.

Athiu famously made national headlines after knocking Perth Glory out of the FFA Cup 2017 before signing on loan with Melbourne Victory a matter of weeks later and ultimately clinching a two-year deal this June.

More recently, APIA Leichhardt Tigers front man Jordan Murray secured a contract with Central Coast Mariners after shining in the NPL NSW side’s 1-0 win over Port Melbourne in the Round of 32.

THE LONG READ: FFA CUP ROUND OF 16 BREAKOUT STARS

With Newcastle stalwart Ernie Merrick bemoaning a lack of cutting edge following the Jets' Round of 16 exit at the hands of Melbourne City, could Sheppard provide an unlikely solution for the upcoming Hyundai A-League season?

“We need an experienced high striker who can play centrally or wide, who can fit in when Roy comes in," Merrick told media yesterday.

“On top of that, a secondary player, probably a wide player would suit us, but they could play central, who is a dynamic player. They are in demand everywhere. We will continue to chase the right person with the right profile at the right price.

“We know the type of player we are looking for and we are not in a rush because we want to get the right person. With seven weeks to go, we have plenty of time," Merrick concluded.

GALLERY: THE BEST SHOTS FROM THE ROUND OF 16

Sheppard isn’t the only FFA Cup 2018 star on trial in the Hunter, with Bentleigh Greens goalkeeper Ryan Scott also in the running to provide back up to Glen Moss.

Scott has been among Bentleigh’s best in the NPL Victoria and has kept clean sheets against Wellington Phoenix and Broadmeadow Magic to secure a quarter final berth. 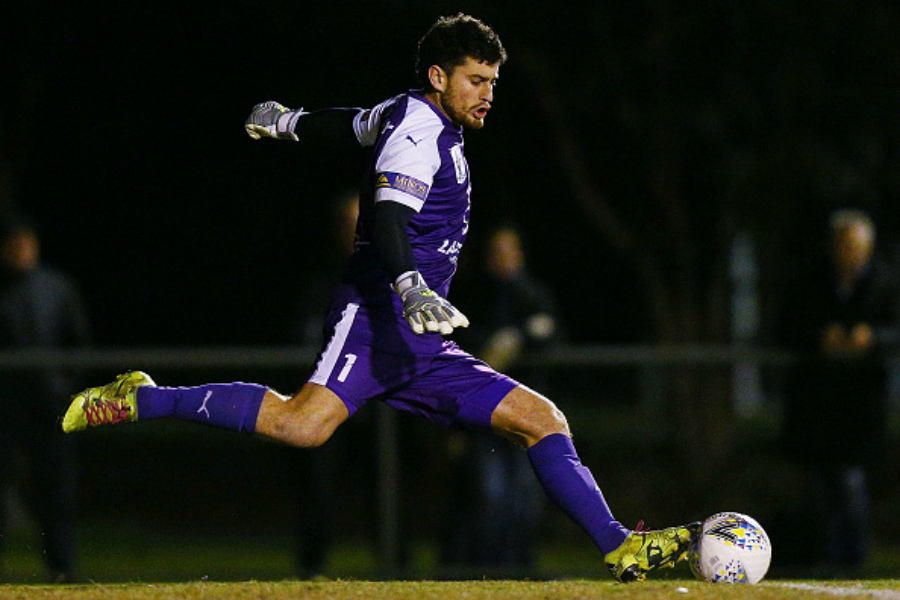