The American winger hit a fierce 49th minute strike to open her tally before icing the result on the back of a stunning run into the box in the 77th minute at Marvel Stadium to secure a second placed finish to the regular season.

Earlier, Amy Jackson gave the Victory the lead after latching on to a rebound at close range in the 25th minute as Jeff Hopkins' side avenged their opening round loss to the Sky Blues back in November by posting their biggest ever Westfield W-League win over their interstate rivals.

The Sky Blues struggled for chances for much of the contest but found consolation in the 90th minute through Natalie Tobin's well-placed strike from distance.

The win sees the Victory take impressive form into the Finals Series with four wins in their past five matches.

Sydney FC will now sweat on the result of the Perth Glory and Western Sydney Wanderers clash later tonight to discover their final regular season position, with their cross-town rivals capable of dropping them to fourth place should they win.

Check out all the stats in our Match Centre

The Sky Blues threatened inside the opening ten minutes as Alanna Kennedy, Veronica Latsko and Teresa Polias all failed to find the target from distance and a Jenna McCormick handball was adjudged to have occurred just outside the penalty area.

After weathering the storm, the Victory were the first to find the target as Natasha Dowie rose high to meet Angela Beard’s cross at close range but the Victory skipper was foiled by a sensational save from Aubrey Bledsoe to keep scores level. 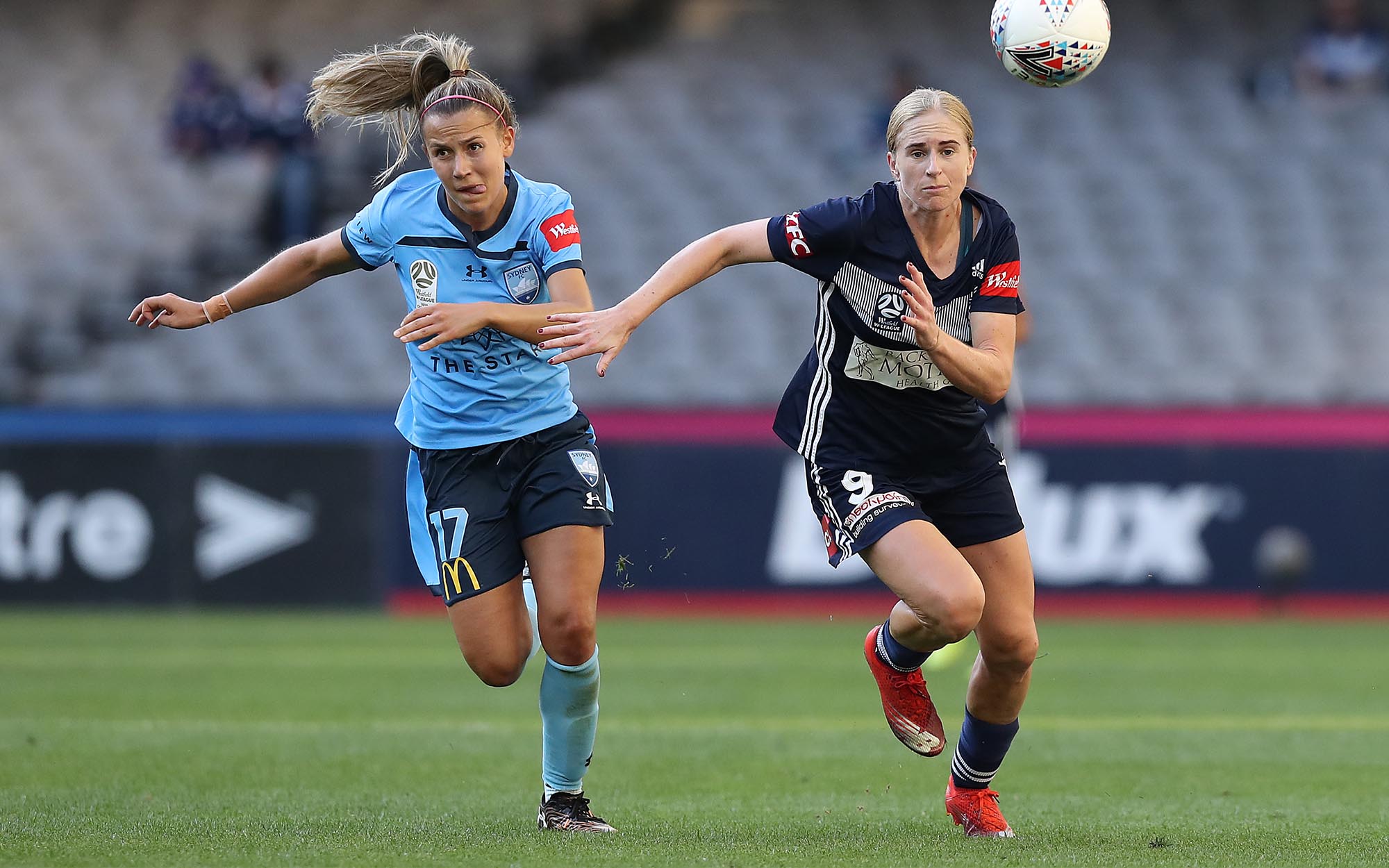 Jackson gives the Victory the lead

Midway through an increasingly tense first half and the hosts delivered the breakthrough - with the move started and finished by Amy Jackson.

The Victory midfielder found her captain in the box and the former England international somehow squeezed her way along the byline to poke a shot at goal.

It deflected off Bledsoe into the post but Jackson was still lurking in support and was first to the rebound to convert at close range. 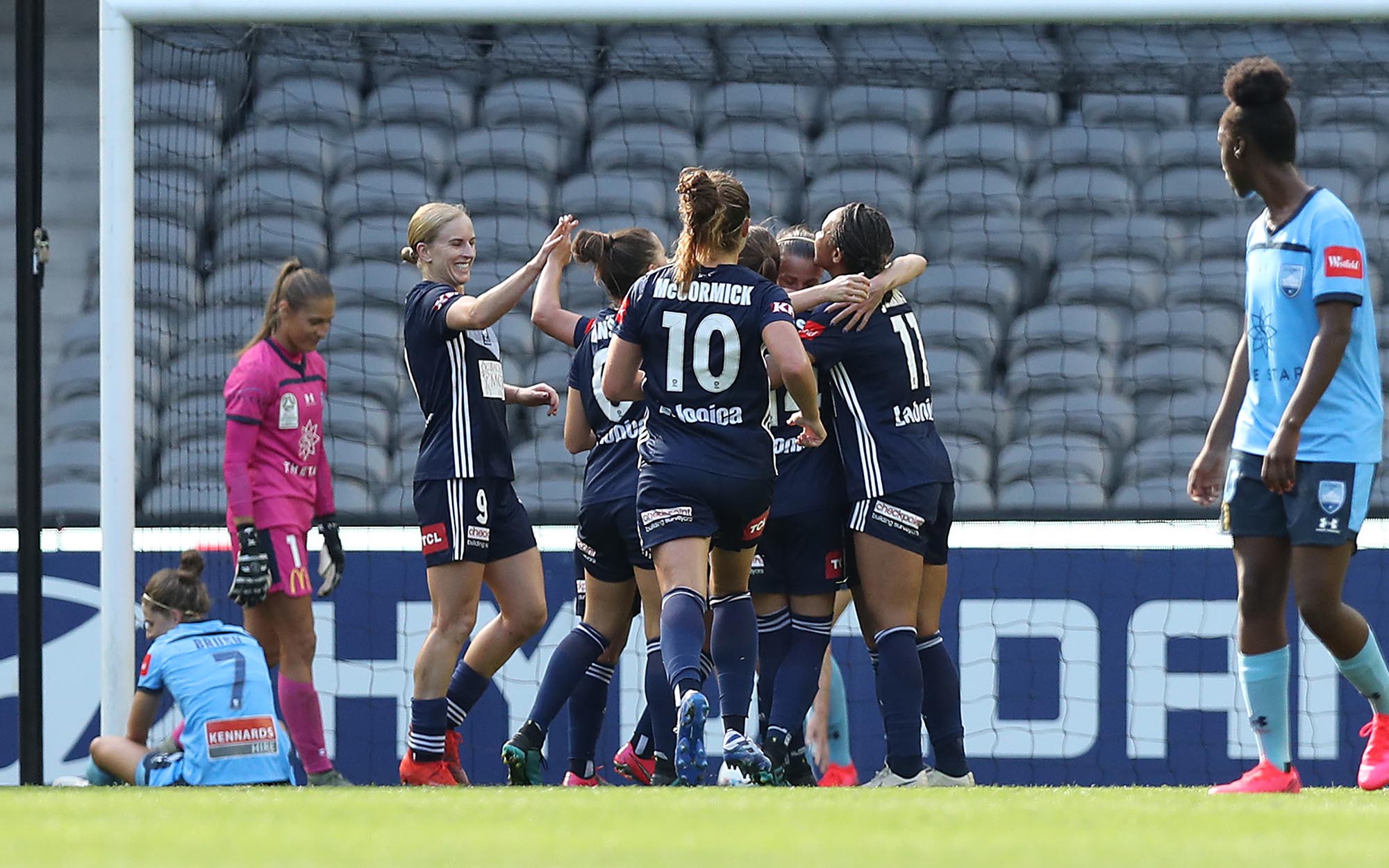 Dumont is called into action by Latsko, Sayer

The Sky Blues sought a near immediate response but could not get the better of Victory goalkeeper Casey Dumont prior to the half-hour.

Played into space by Amy Sayer, Latsko drew a low stop from Dumont on the angle before Sayer was also foiled as Dumont tipped her firm, left-footed strike over the bar.

The saves would be crucial as clear scoring chances dried up for both sides for the remainder of the half. 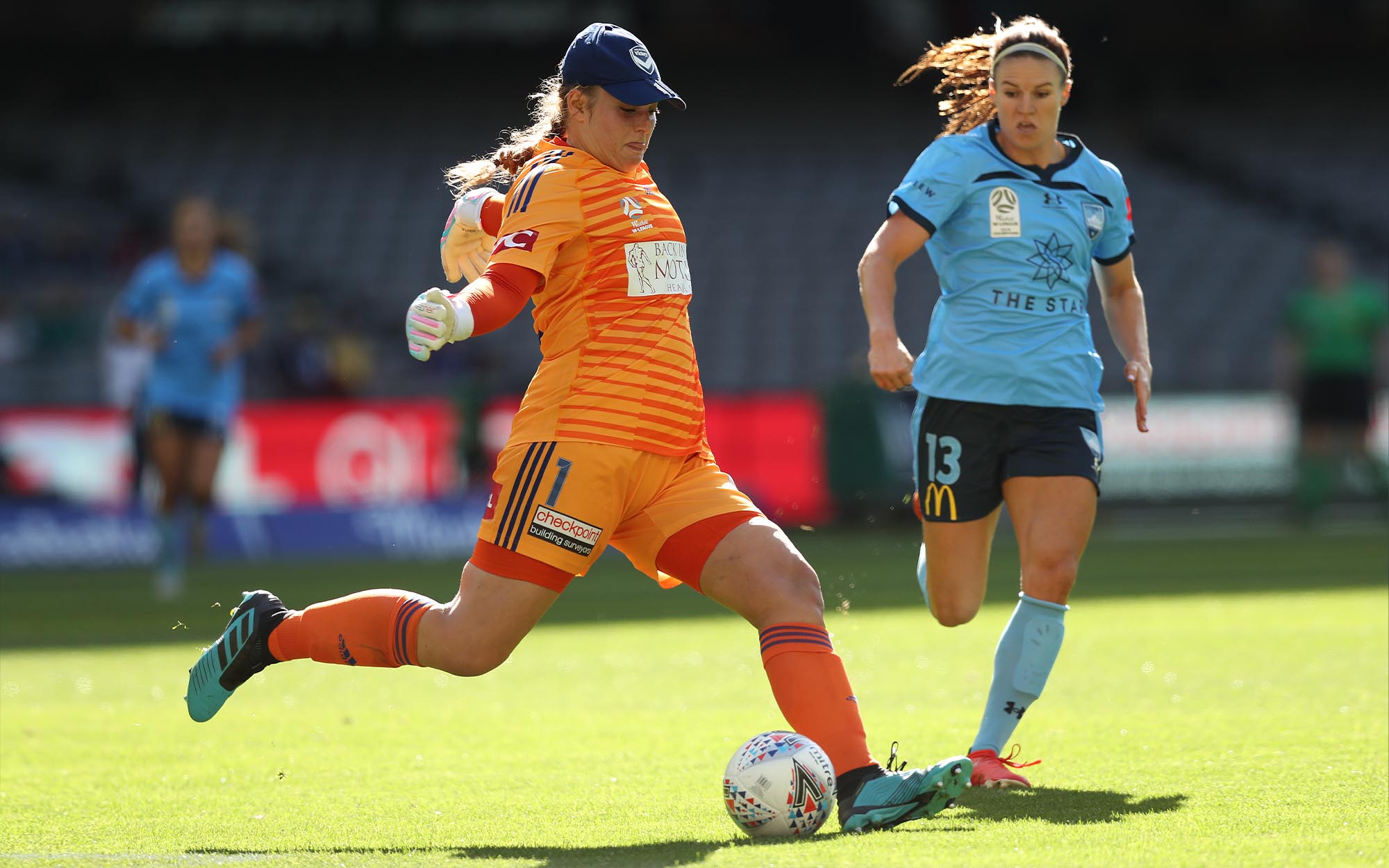 Jenkins furthers the advantage after the restart

The next goal looked like it would be crucial and, after starting the second-half on the front foot, the Victory soon doubled their lead.

Caught on the edge of the area with limited options, American winger Darian Jenkins produced a stunning strike that flew into the back of the net to give her compatriot next-to-no chance to save. 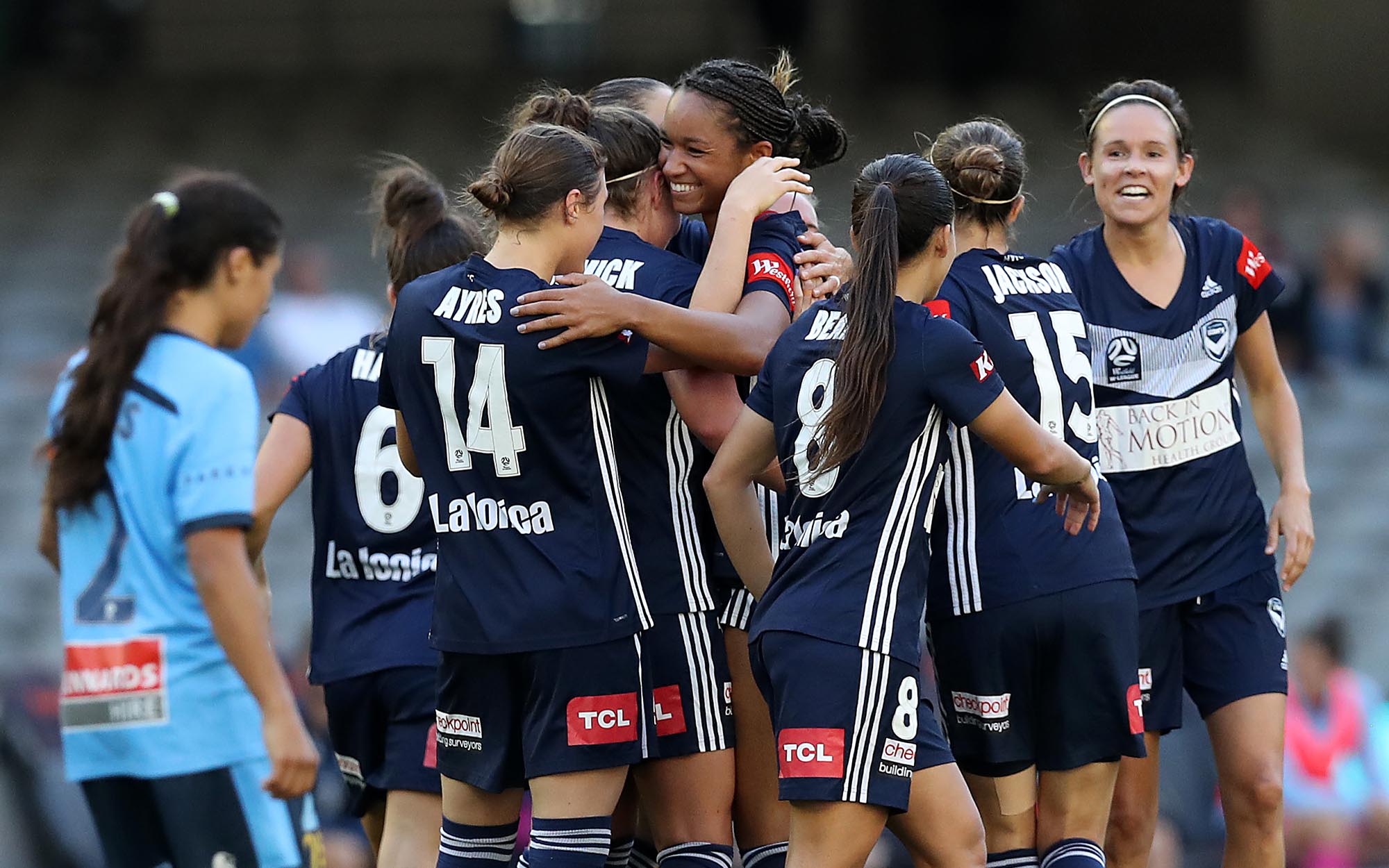 With the hour approaching, the Victory sought to turn the screws on the Sky Blues.

First, Dowie saw a 59th minute headed attempt fade just wide of the top corner, before Jenkins flashed an effort from outside the area just wide just seconds later. Beard came closer still in the 60th minute as she forced Bledsoe to tip a shot on the angle over the bar.

Jenkins ices the win with a brace

As the quarter hour approached, Sydney briefly threatened but the hosts soon righted the ship and put the result beyond doubt as Jenkins struck again.

The American delivered her second double in as many weeks on the back of a stunning run from wide on the right - latching onto turnover by the Sky Blues to burn past Sayer and Ellie Brush and finishing with a thumping finish past Bledsoe. 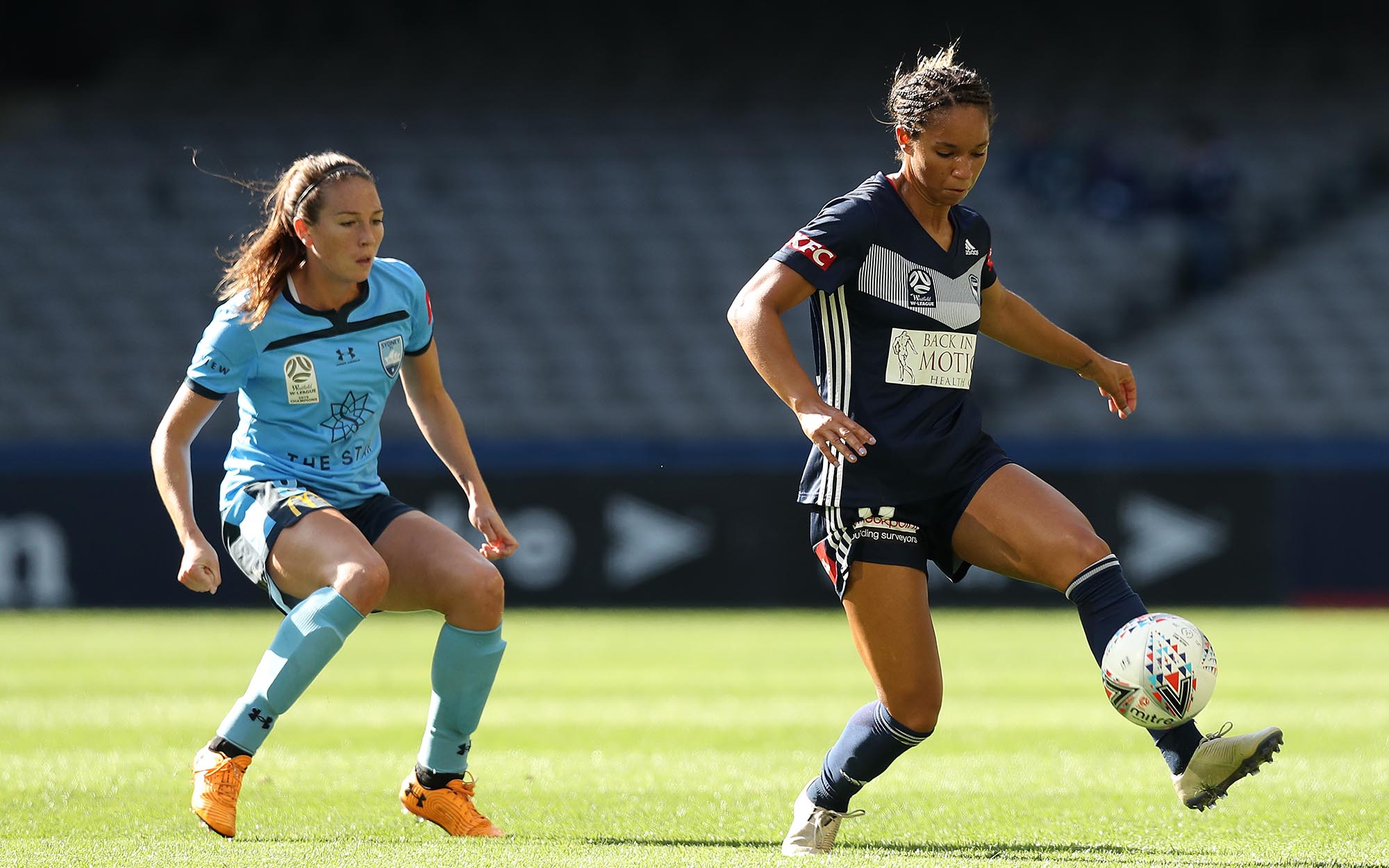 Tobin's classy hit puts Sydney on the board late

With injury time approaching the result was looking a mere formality, however, the Sky Blues managed to find some consolation as Natalie Tobin opened their account.

Found in space 25 yards out from goal, Tobin steered a pin-point first-time effort in to the top corner past a full-stretched Dumont.

The goal was followed by a raft of injury time strikes from the visitors but they were unable to pull another back - with Sofia Huerta firing over the bar, while Sayer and Remy Siemson saw efforts saved by Dumont.