Meet the Olyroos: The Goalkeepers

With Australia almost set to kick off their first Olympic Men's Football tournament since 2008, here's your chance to get to know every member of the Olyroos' squad.

In the first edition of this position-by-position profile series, get to know the three shotstoppers selected in Graham Arnold's 22-man squad!

Ultimate Guide: How to watch the Olyroos at Tokyo 2020

Whilst in London, Glover played primarily in the academy sides, with the now 23-year-old becoming a regular fixture in the U18s team for the 2014/15 season, as well as making the occasional appearance in the U21s squad.

The next season, continued strong performances in the youth ranks earned Glover another contract at Tottenham. Throughout the ensuing period, Glover joined the first team for many match days, with the Australian serving as the understudy to veteran goalkeepers Hugo Lloris and Michel Vorm.

In July 2017, Glover was sent on a season-long loan to A-League side Central Coast Mariners, serving as something of a homecoming for the Menai High School alum.

Once he returned to London, Glover was sent on another loan in April of 2019, this time to Swedish club Helsingborg. At the end of the 2018/19 season, Glover was released from his contract and was signed by A-League outfit Melbourne City, where he debuted in a 4-0 victory against the Newcastle Jets. Later that season, Glover played in his first A-League Grand Final, where he was defeated 1-0 by Australian powerhouse Sydney FC. In this campaign, he was the July/August nominee for the competition’s Young Footballer of the Year award.

Glover debuted for the Australian U23s in 2017, and was a mainstay between the sticks throughout Tokyo 2020 qualification. He will make his Olympic debut at the Tokyo Games, playing alongside the Olyroos.

Ashley Maynard-Brewer began his career with hometown club ECU Joondalup before leaving Australia to join English side Charlton Athletic on an academy deal.

Whilst in southeast London, Maynard-Brewer enjoyed a top competitive environment and infrastructure to optimise his goalkeeping development. In November 2018, Maynard-Brewer debuted for Charlton in an English League Cup defeat to Swansea City.

Since his debut, Maynard-Brewer has been sent on loan to Chelmsford City, Hampton & Richmond Borough, Dulwich Hamlet and Dover Athletic, where he has been given wider opportunities to play meaningful minutes and develop his professional portfolio.

The 22-year-old will make his Olympic debut at the Tokyo Games, as a member of the Olyroos.

Jordan Holmes will make his Olympic debut at Tokyo 2020 as goalkeeper for the Australian Olyroos.

Holmes, born in Sydney, played football for the Rockdale City Suns and Sydney United in the NSW Youth Premier League.

Despite his talent on the grass, he was also an avid athlete on another pitch - the baseball pitch. He played for the New South Wales Institute of Sport playing positions pitcher, batsman and shortstop at the regional, state and national level. 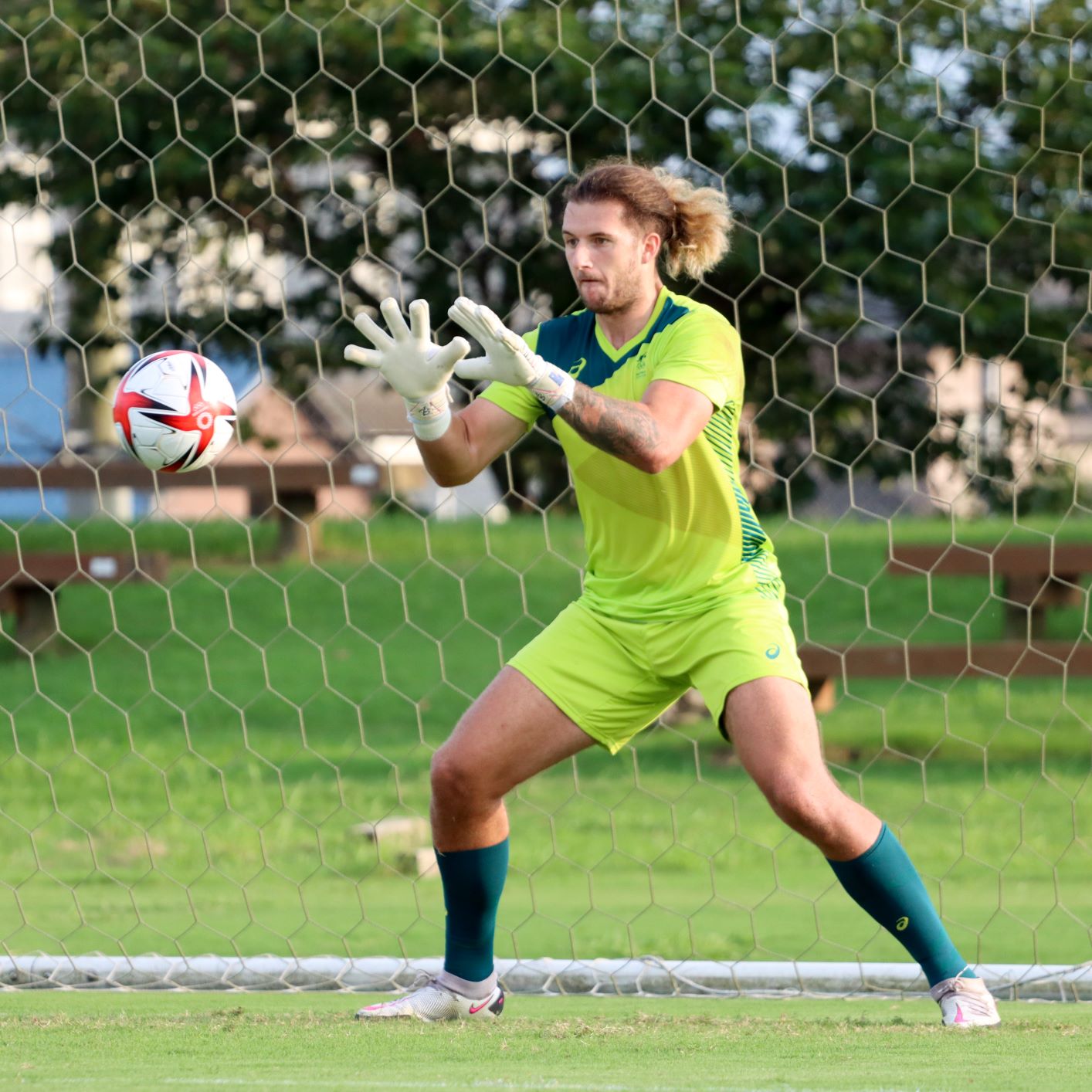 He proved his devotion to football in 2013, moving to South England to play for AFC Bournemouth. Since leaving Australia, Jordan has played for a handful of other clubs across the United Kingdom, including Weymouth FC for the 2015-16 season, and St. Mirren for the conclusion of the 2018-19 season.

Jordan has made 22 National League appearances, conceding only 29 goals in his six years in England.

The six-foot guardian of the goal has represented Australia for both the U19s and U20s Asian Championship, as well as the U20s World Cup Qualifiers. At 19-years-old, Jordan was named to the national Young Socceroos squad to play against Brazil in Wollongong. He is also the vice captain of the U23 Australian Olyroos squad.