Matildas at Home Preview: Finals race heats up with everything on the line

This weekend heralds the last month of A-League Women's football before the finals. With internationals to return, along with a hotly contested play-off race, this upcoming round may decide the fate of a number of side's campaigns

Opening the week of football are league-leaders Sydney FC, who return to Leichardt Oval to face a desperate Brisbane Roar. The Sky Blues may or may not welcome home Commonwealth Bank Matildas' attacking duo Cortnee Vine and Remy Siemsen, who both impressed when called upon by the national team during the latest AFC Women's Asian Cup.

Ante Juric will not be too worried if his Asian Cup stars are not fit to return, with the table-toppers still possessing a platter of internationals to choose from.

Jada Whyman among those, recently equalled Williams' record for consecutive A-League Women's clean sheets, with the shot-stopper determined to extend that record further.

Charlotte McLean and Nat Tobin's partnership in the middle of the park has been extraordinary this season for the Sky Blue, with the duo helping keep Whyman's clean sheet record intact.

Charlize Rule and Jess Nash's partnership in the right-back position may well warrant further international selection in the future, as Sydney remain on course for another premiership.

Brisbane Roar will come into Wednesday night's match knowing only a win is enough for the Queenslanders to keep pace with the finals spots. They will gather plenty of grit from captain Katrina Gorry, who recently announced her move to the Swedish side Vittsjo GIK.

Gorry has been involved in a number of must-win scenarios both for club and country and will be determined to push her side toward finals football before she departs her beloved club.

One note about Wednesday's match will give hope to those in orange. Sydney FC has only dropped points once this season so far, with Leichardt Oval the venue, as astringent Wanderers' frustrated the Sky Blues, keeping the league leaders scoreless.

Brisbane Roar will need to channel that sort of performance if they are to match the red hot side from Sydney's East, especially if they lineup with Vine and Siemsen up-front. 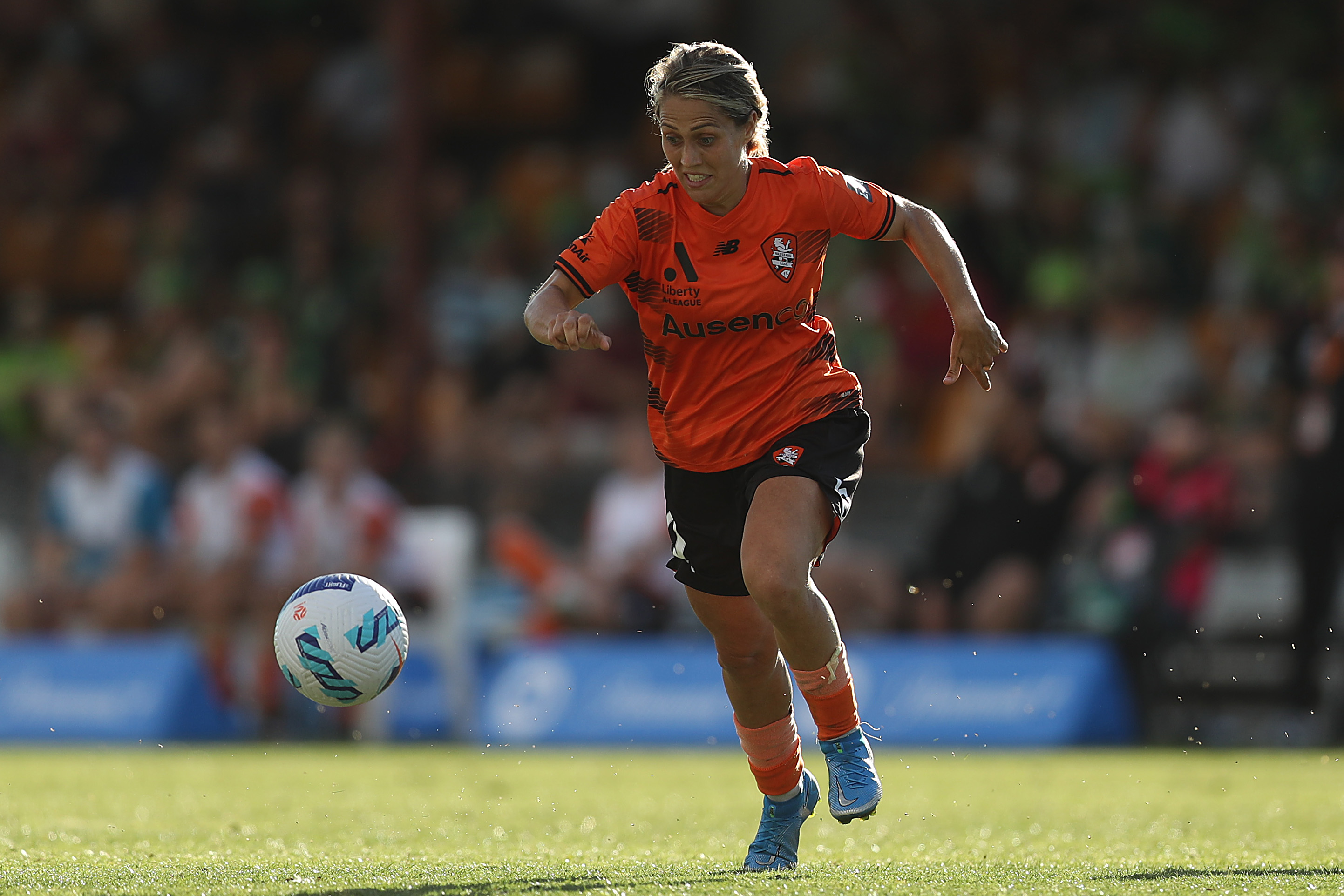 Two of the competition's surprise packets, Adelaide United and Newcastle Jets, face on Friday night, in perhaps their most important game of the season.

It was just four weeks ago where many believed that the Adelaide finals drought may well continue, having never previously qualified. Now into February, The Reds remarkably sit third, thanks in no small part to star signing Dylan Holmes, with just six points required from four matches to finally break the drought.

One of the sides that Adelaide leap-frogged to third is the Jets, who have struggled without the experience of Emily van Egmond in recent weeks. Despite this, the Novocastrians sit just five points adrift from the play-offs.

Friday night football also returns to Wollongong, with Wellington Phoenix hosting a Melbourne Victory side determined to find consistency before the finals commence.

It is still unknown whether Commonwealth bank Matildas' Kyra Cooney-Cross and Courtney Nevin will make their return in time for Friday's match, but for the last four rounds, their involvement will be crucial as Victory continue to slip after starting the season in such a dominant fashion. Cooney-Cross has a suspension to serve after receiving a red card in Victory's game against Brisbane before departing for the Asian Cup.

Canberra United and Karly Roestbakken make their long-awaited return to Viking Park on Saturday afternoon against an in-form Perth Glory, still living off the adrenaline of playing all their matches away from home. It has been a strange season for the team in green, with arguably the three most entertaining matches this season, including last weekend's 3-3 draw in Newcastle, having featured the Canberrans. Yet, nothing is there to show for those high-quality performances, with the first win in front of their fans hopefully on the cards this weekend.

The weekend rounds off on Sunday with second-place Melbourne City playing to host to the Western Sydney Wanderers. The queen of goal contributions Holly McNamara may well return, bringing those performances seen from her debut appearances for Australia, back to clubland.

City may have dropped four points below premiership challengers Sydney FC, but experienced campaigners Melissa Barbieri and Emma Checker will not let that first piece of silverware go without a fight.

Standing in their way are the Wanderers, whose goal of finals football hangs by a particularly thin piece of thread. For star forward Bryleeh Henry and her team, the task is simple; win on Sunday, win next week, and finish the regular season with four consecutive victories. Only then can the side from Sydney's west dream of a maiden A-League Women's championship. 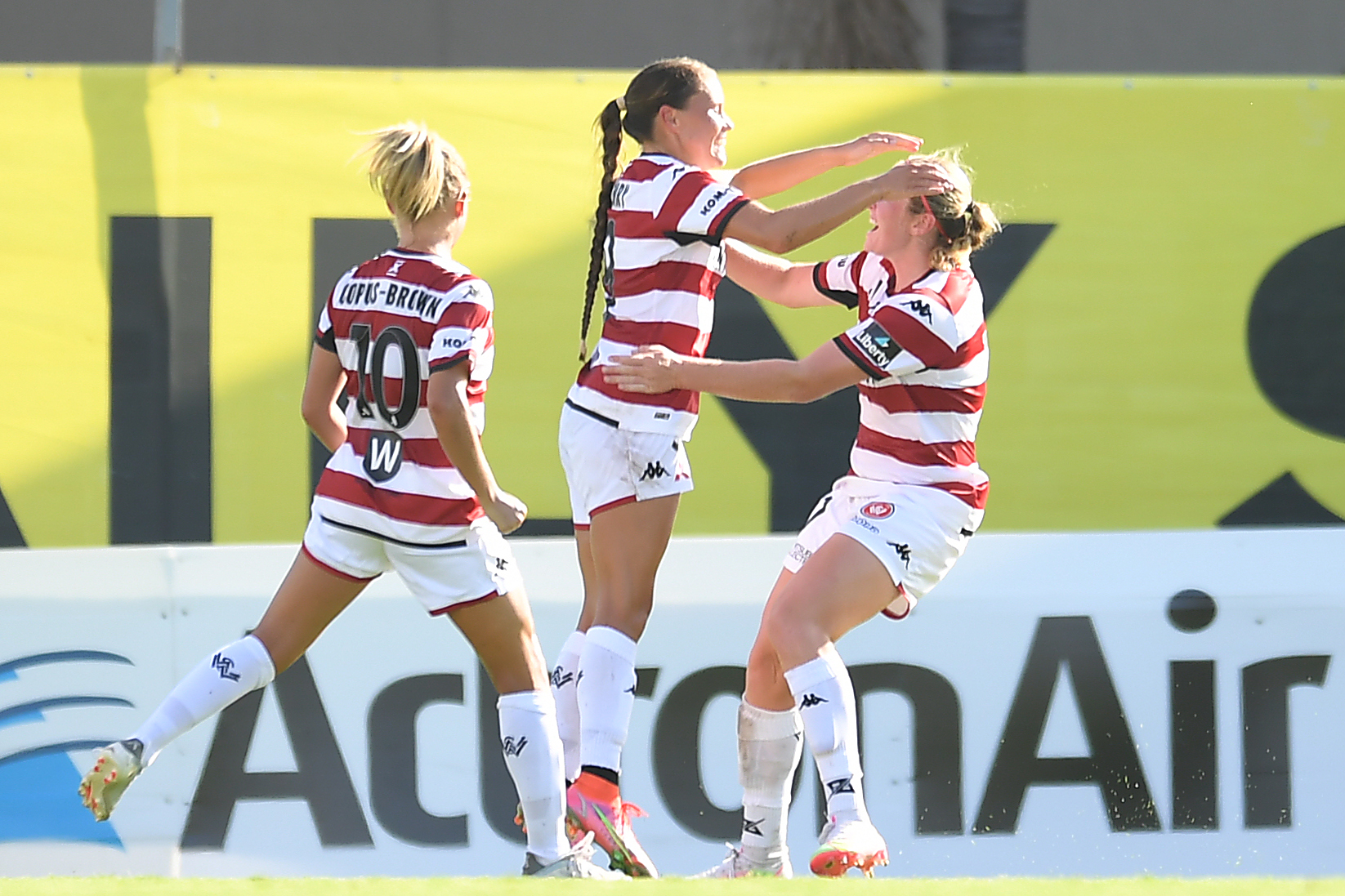