There were four Westfield Matildas in action in the Women’s FA Cup Quarter Finals over the weekend, with Hayley Raso providing the assist for Everton’s winning goal against Sam Kerr’s Chelsea, and Caitlin Foord’s Arsenal getting the better of Alanna Kennedy’s Tottenham Hotspur.

Raso’s Everton came from behind to claim a 2-1 victory in their FA Cup Quarter Final clash against Kerr’s Chelsea on Sunday night.

The Toffees went behind inside the first five minutes after Erin Cuthbert gave the Blues the lead at Goodison Park.

But Chelsea could not hold onto their lead going into the break, with Lucy Graham pulling one back for the hosts with five minutes left to play in the first half.

The all-important goal arrived via a Valerie Gauvin header in the 64th minute after Raso’s terrific cross from the left wing found the French striker in space.

That was enough to see Everton to progress to the semi-final as they prepare to do battle with Birmingham City, who overcame Brighton & Hove Albion on penalties in their quarter final fixture.

Two Westfield Matildas stars went head to head in the North London derby as Foord’s Arsenal claimed the bragging rights with a 4-0 win against Kennedy’s Tottenham at Meadow Park on Sunday morning.

Foord was in the thick of the action from the outset and came close to opening the scoring for the Gunners when her strike rattled the bar, but fellow Matilda Steph Catley was absent due to injury. 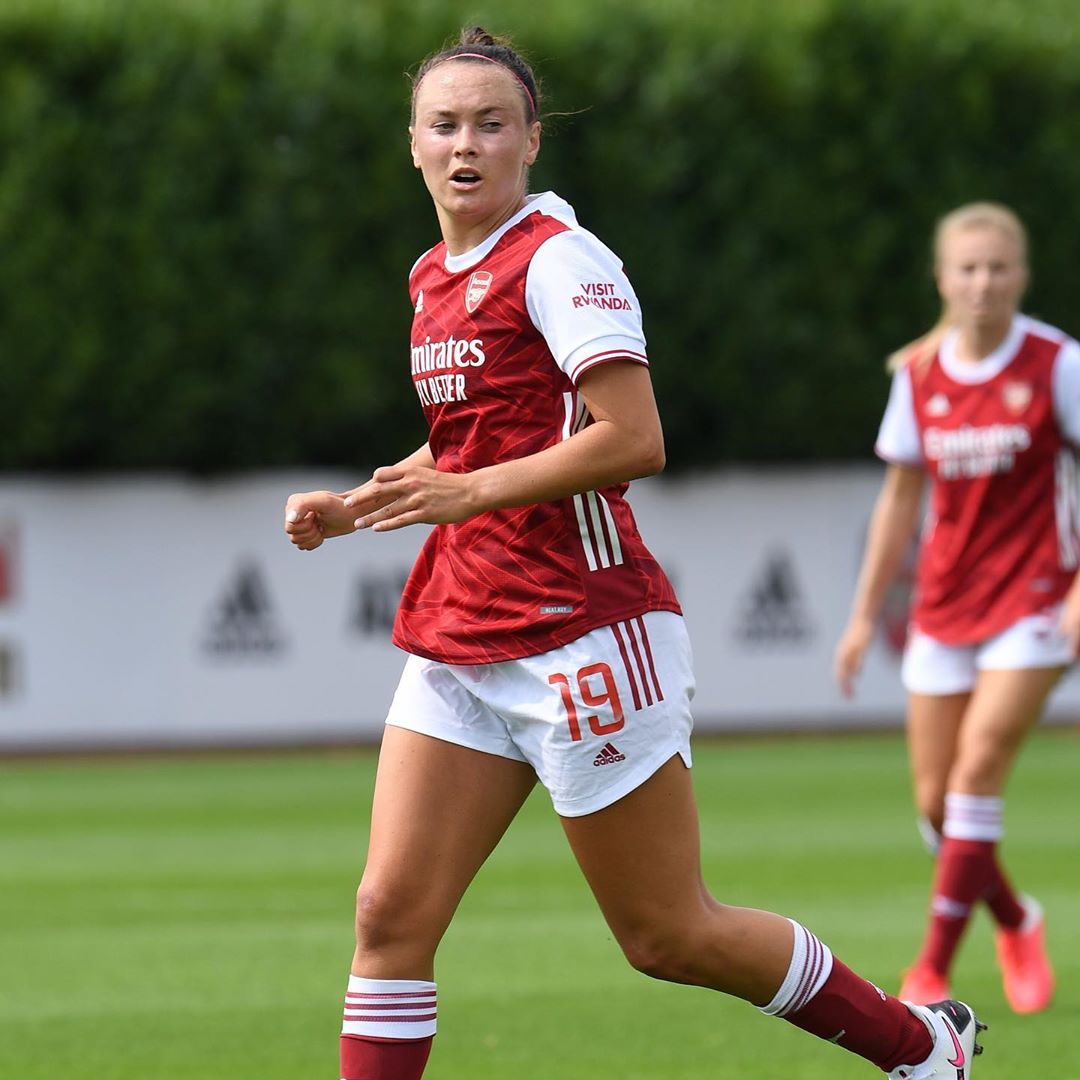 The score remained locked at 0-0 until the break before Arsenal stepped up a gear to score four unanswered goals after the interval.

Jordan Nobbs put the home side ahead on 73 minutes before Lisa Evans doubled their lead a minute later.

Evans then went onto seal her hat-trick with a quick-fire double in the final 10 minutes of the match to complete what was a standout second half performance from the Gunners.

They can now look forward to a semi-final against Manchester City, who sealed their place in the last four thanks to a 2-1 win away to Leicester City.