Two Westfield Matildas have a chance of winning a championship, while there’s a possibility of Aussies going head to head in both England and Spain. Meanwhile, our French-based Westfield Matildas are getting plenty of game time at their clubs.

Clare Polkinghorne and Katrina Gorry are still hopeful of finishing the Toppserien season as champions. Their Avaldsnes side travel to Sandviken on Sunday at 11pm (AEDT).

Avaldsnes will be this year’s champions if they win and both of the top two sides (Vålerenga and Rosenborg) fail to win their games. Avaldsnes are also through to the Norwegian Cup semi-finals, thanks to a 1-0 win over Arna-Bjørnar on Tuesday.

Roestbakken’s team will be confident after a midweek win in the Cup quarter-finals over Rosenborg, who were undefeated before that game.

Foord, Lydia Williams, Steph Catley and the rest of the Gunners will however have a tough task against Sam Kerr’s Chelsea, who recently set a club record by extending their FA WSL undefeated run to 26 games.

That’s not the only game in England this weekend which could see Westfield Matildas on opposing sides. At 5:30am (AEDT) on Sunday, Alanna Kennedy and Tottenham Hotspur have an away game against a Bristol City side featuring Chloe Logarzo.

This will be a crucial clash as both teams are still looking for their first victory of the FA WSL season.

For Emily Van Egmond, Mackenzie Arnold and West Ham United, spirits will be high after last weekend’s comeback win over Birmingham City. Not only are West Ham looking for their third victory in a row, but Van Egmond has also scored in her last three games.

They’ll host Brighton & Hove Albion at 11:30pm on Sunday (AEDT), who they defeated on penalties last month in the Continental League Cup.

Finally, Hayley Raso’s Everton will be looking to bounce back from defeat on the weekend when they face Reading at home, on Sunday at 3:30am (AEDT). Victory will ensure that the Blues move back into the top three.

We could see a couple of Westfield Matildas face off at 6:30am (AEDT) on Monday when Alex Chidiac and Atlético Madrid host Jenna McCormick’s Real Betis. The two sides had opposing fortunes in midweek – Atlético lost 3-0 to Barcelona, while Betis won 2-1 over Valencia.

WATCH: Generations of Australians: The Logarzos

Meanwhile, Aivi Luik is hoping to get back into the starting lineup for her next match. Sevilla are looking for a third consecutive win in their away game against Espanyol, on Monday at 2am (AEDT).

AFC International Player of the Week Ellie Carpenter is part of a backline that hasn’t conceded a goal in four games. Carpenter and Olympique Lyonnais will look to maintain their 100% winning record in D1 Arkema when they host Soyaux at 4:30am (AEDT) on Saturday.

Mary Fowler’s Montpellier enter the next round sitting in third place. They’ll look to stay ahead of the chasing pack on Sunday at 12:30am (AEDT) with an away win over Dijon.

Laura Brock is now firmly established in the Guingamp starting lineup. Their next match is at home to Paris FC at 12:30am (AEDT) on Sunday, and a win will help them move clear of the relegation zone.

PSV (featuring Amy Harrison and Kyah Simon) have won three in a row and are currently second in the Eredivisie. On Monday at 12:30am (AEDT), they have a big game against third placed Twente – a win is vital as PSV look to chase league leaders Ajax. 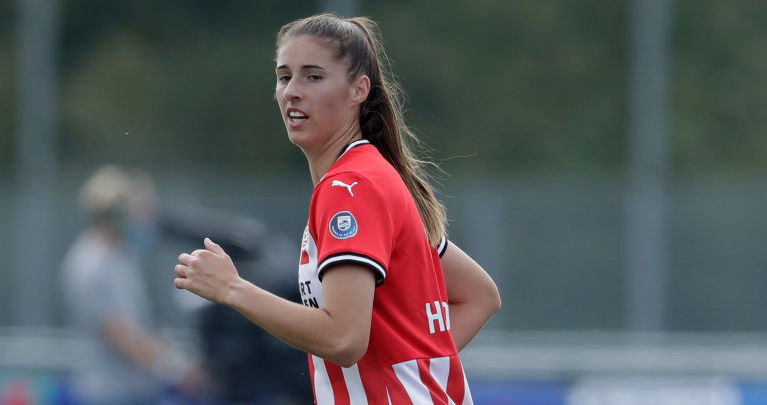 Emily Gielnik is set to play her last game for Vittsjö before heading home to link up with Brisbane Roar. Vittsjö have a difficult game at 1am (AEDT) on Monday against Göteborg, who have already secured this year’s Damallsvenskan championship.

However, Gielnik is in excellent form after scoring a hat trick in last weekend’s win over Örebro. 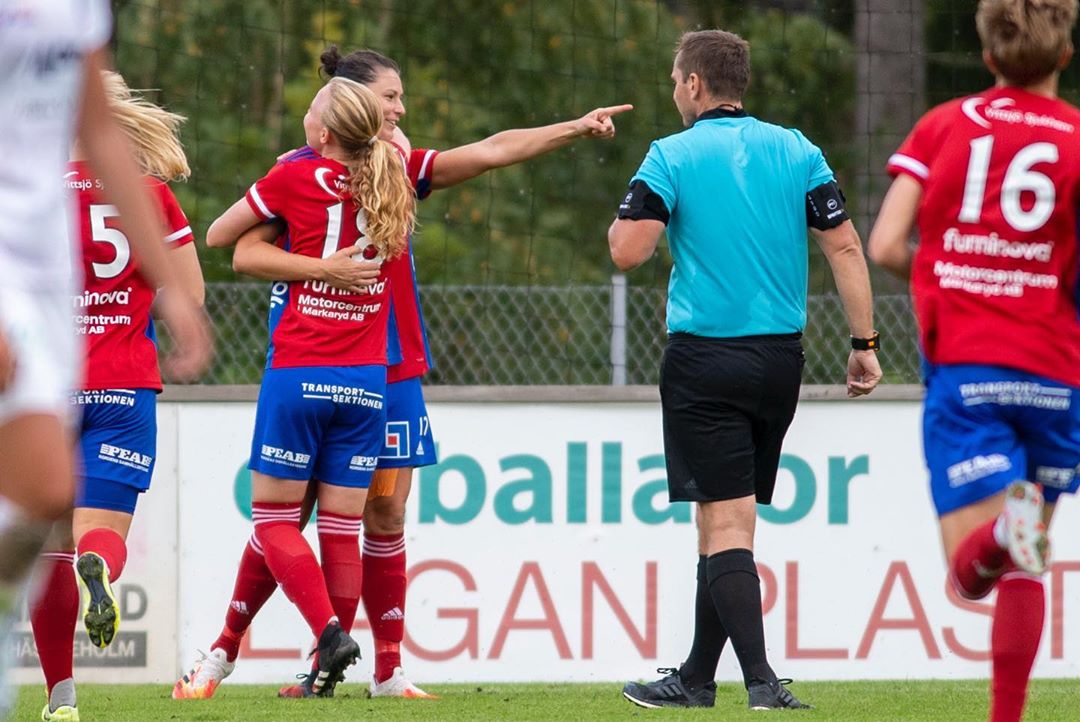