The eleventh season of England’s FA Women’s Super League kicks off this weekend with a host of Aussies set to be in action.

In this Ultimate Guide, we give you the run-down of every English club featuring a CommBank Matilda.

All games will be live on Optus Sport for viewers in Australia.

Overview and CommBank Matildas players: One of the powerhouses of the English game, Arsenal Women are regular title challengers. Finishing third in the 2020-21 season saw the Gunners advance to the UEFA Women's Champions League.

Aussies, Caitlin Foord, Steph Catley and Lydia Williams are all back for another season with Arsenal.

Foord made the most appearances of the three last season, appearing in 21 games and notching 10 goals.

After a season distributed with injury, Catley is looking to make an impact in the starting line-up. The left-back played a full game in Arsenal's recent win over PSV in the UWCL, while Foord made appearances off the bench.

With the new signings of Mana Iwabuchi and Nikita Parris, under new coach Eidevall, the Gunners are title hopefuls this season.

Arsenal will kick off their FA WSL campaign against Chelsea at 9:30 pm AEST Sunday, 5th September.

Overview and CommBank Matildas players: After only scraping through last season with three wins, 'The Lions' made key signings in the offseason to help their attacking woes.

After scoring a spectacular goal in our Bronze Medal Match, Emily Gielnik had already gained attention from the likes of Aston Villa, who quickly worked to sign her post-Tokyo 2020.

This will be Gielnik's second stint in the FAWSL, after signing with Liverpool back in the 2012 season.

Since then she has perfected her craft all around the world, playing Champions League football with Bayern Munich and earning the golden boot in the last W-League season. With Villa only scoring 15 goals in the FAWSL last season, Gielnik's composure in front of the goal will be a lovely addition.

Overview and CommBank Matildas players: After winning two league titles in a row, Chelsea is looking to break the record this season of most consecutive title wins. With the likes of skipper Sam Kerr leading the line, and a strong partnership with Fran Kirby 'The Blues' are hopeful this season is one to remember.

The partnership between Kerr and Kirby flourished last season, with the pair scoring 37 goals and 18 assists across the 22-game WSL season. The duo was the most lethal combination last season, with Kerr picking up the golden boot with 21goals.

If Kerr and Kirby can link up as well as they did last season, Chelsea is going to cause trouble for other teams. 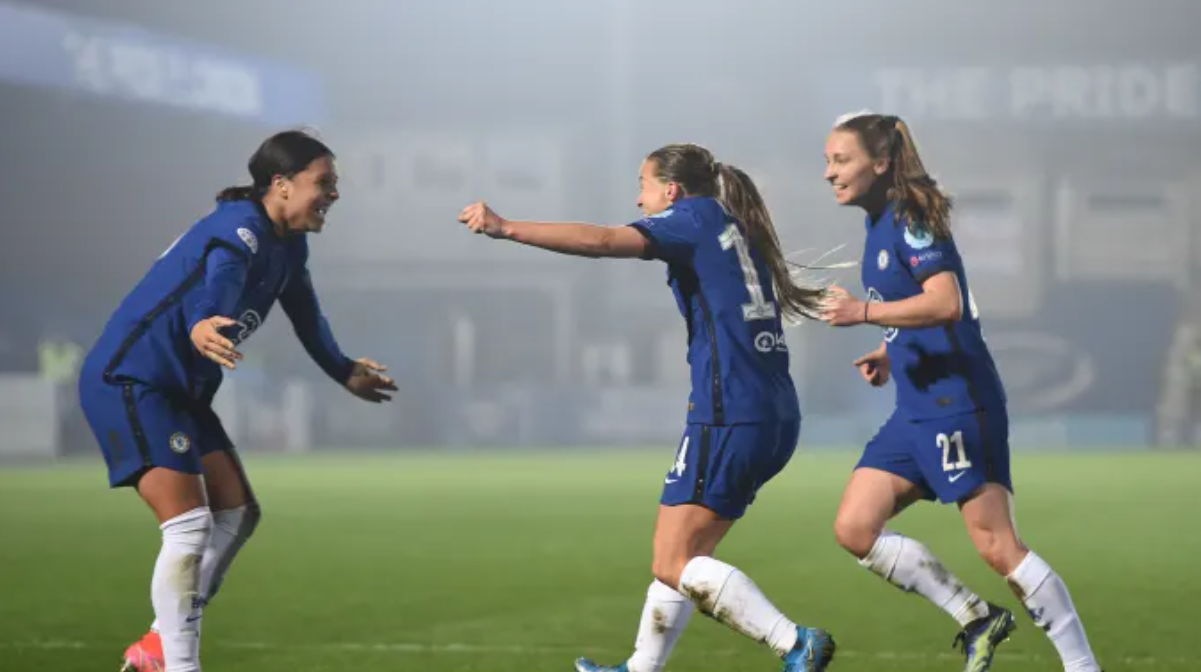 The 2020-21 season saw Chelsea claim the League Cup and League title, sadly falling at the last hurdle in the Champions League, losing in the final to FC Barcelona 4-0, ending their dream season.

Coached by Emma Hayes, who is now in her tenth season with the club, Chelsea FC claimed their fourth FA WSL title in 2020-21 after finishing two points clear of Manchester City.

Importantly for the club, they ensured participation in next season’s UEFA Women’s Champions League – looking to go one better than last seasons' final defeat.

Chelsea will kick off their FA WSL campaign against Arsenal at 9:30 pm AEST Sunday, 5th September.

Overview and CommBank Matildas players: Alanna Kennedy and Hayley Raso joined Manchester City in the off-season, with Kennedy making the move from Tottenham Hotspur and Raso coming over from Everton.

Both players signed two-year deals with City, and are looking to get their debut in Manchester's opening round fixture against Everton.

After finishing just two points behind title holders, Chelsea, City are hoping a plethora of new signings will be the key to lifting the league title.

Raso will be up against her old club in City's opening fixture, looking to get their season off to a fantastic start against The Toffees.

Manchester City kicks off their campaign against Everton at 10:30 pm AEST on Saturday, 4th.

Overview and CommBank Matildas players: Kyah Simon joined Tottenham Hotspur in the off-season, making the move from Dutch side PSV. After winning the KNVB Cup with her side, Simon is looking to challenge herself in the FA WSL.

Signing a multi-year deal with Tottenham, Simon is looking to get her WSL debut against Birmingham City.

After finishing a disappointing eighth last season, Skinner has made off-season signings that are sure to keep Hotspur in reach of the title.

With the team only scoring 18 goals last season, bringing in attacking power was Skinner's main necessity.

Tottenham Hotspur kicks off their campaign against Birmingham City at 12:00 am AEST on Sunday, 5th.

Overview and CommBank Matildas players: Like Tottenham, West Ham United finished near the bottom of the table. With newly appointed New Zealand-born coach Olli Harder making the move from Norway's side Klepp IL, his coaching achievements in the women's game will hopefully help the Hammers notch more wins.

With new signings of Tameka Yallop and Japanese star Yui Hasegawa, as well as Scottish midfielder Lisa Evans coming to West Ham on loan from Arsenal,the Hammers are looking to switch up their playing style under new coach Harder.

Yallop makes the move from W-League side Brisbane Roar and after scoring her maiden Olympic Games goal at Tokyo 2020, her versatility in different positions was on full display.

The midfielder is all too familiar with West Ham's new coach, with Harder coaching her at Klepp IL. Her time at the Norwegian side impressed Harder, with Yallop being Harder's first signing in the off-season.

Both will look to play key roles for the Hammers in critical areas with Arnold already playing several pre-season matches in goals.