Socceroo cap #402 and National Soccer League Champion Mark Viduka has been honoured with an induction into the Sport Australia Hall of Fame.

The 'V Bomber' played 43 'A' internationals for Australia, scoring 11 goals and captaining the side to their only ever knockout rounds appearance at the 2006 FIFA World Cup. 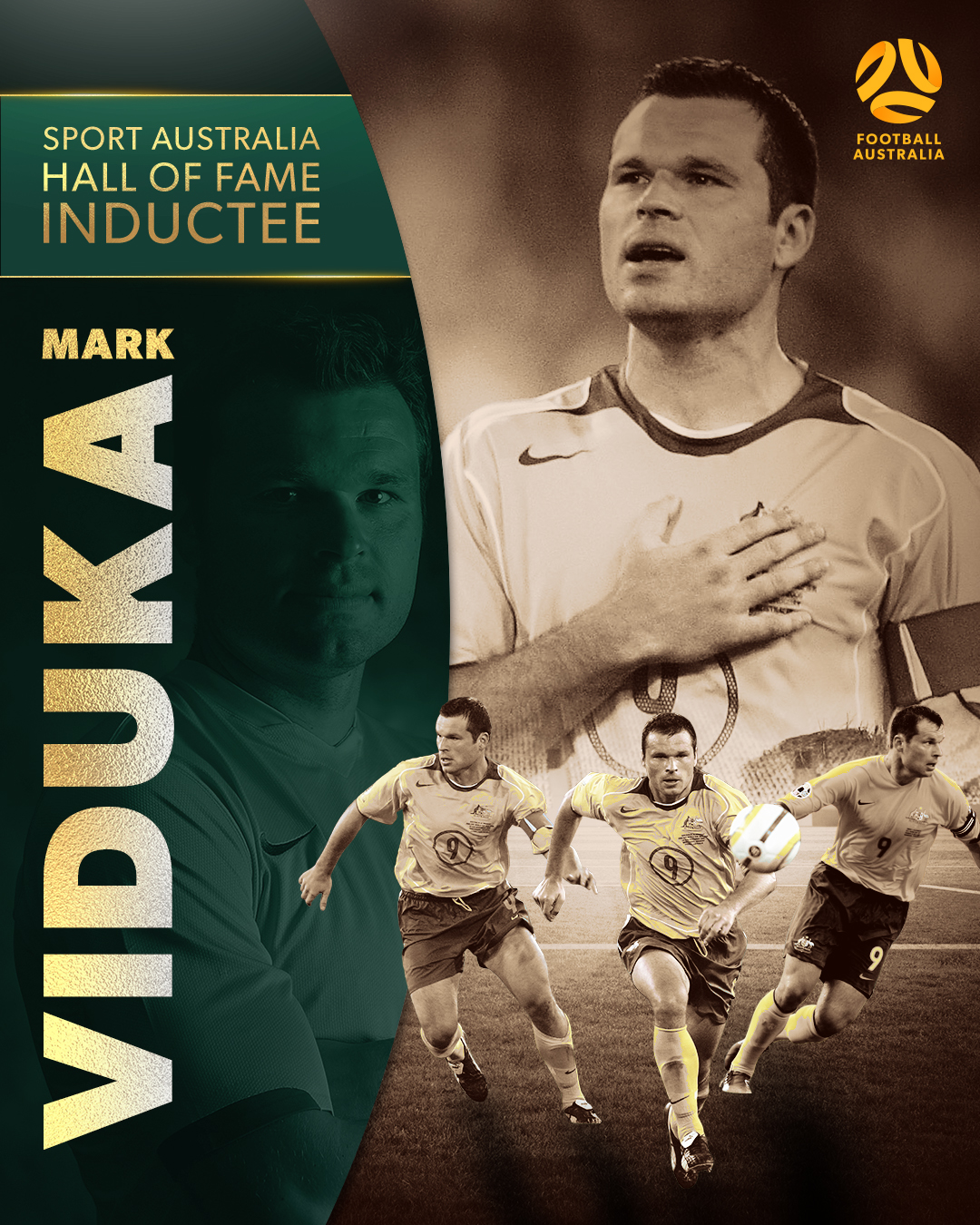 Viduka was born in Melbourne in 1975 to a Ukrainian-Croatian mother and Croatian father, and grew up playing at the junior ranks of Melbourne Knights (known then as Melbourne Croatia).

After spending a year at the Australian Institute of Sport in the early 90's, Viduka made his senior NSL debut for the Knights in 1993 as a 17-year-old.

In his two full seasons for the club, he won both the Golden Boot and Johnny Warren Medal for the best player of the season, twice, and helped the Knights win their maiden title in 1994/95.

In that time he also made his debut for the Socceroos, starting in both games of a two-match friendly series against South Africa in Adelaide and Sydney.

In 1995 a move abroad gained momentum, and he was sold to Dinamo Zagreb in Croatia, to play for the biggest club in the homeland of his parents. The transfer money earned by the Knights enabled them to build a grandstand at their home in Somers St, which was then named the ‘Mark Viduka Stand’.

Viduka kept up his trophy-winning record, helping Dinamo to three consecutive league titles and Croatian Cups in his time at the capital. It was in December 1998 that one of the most storied clubs in world football came calling…

While initially Viduka started slow at Celtic, also taking some time off to deal with some mental health issues, the £3.5 million signing exploded in his one and only full season with the club in 1999/2000. 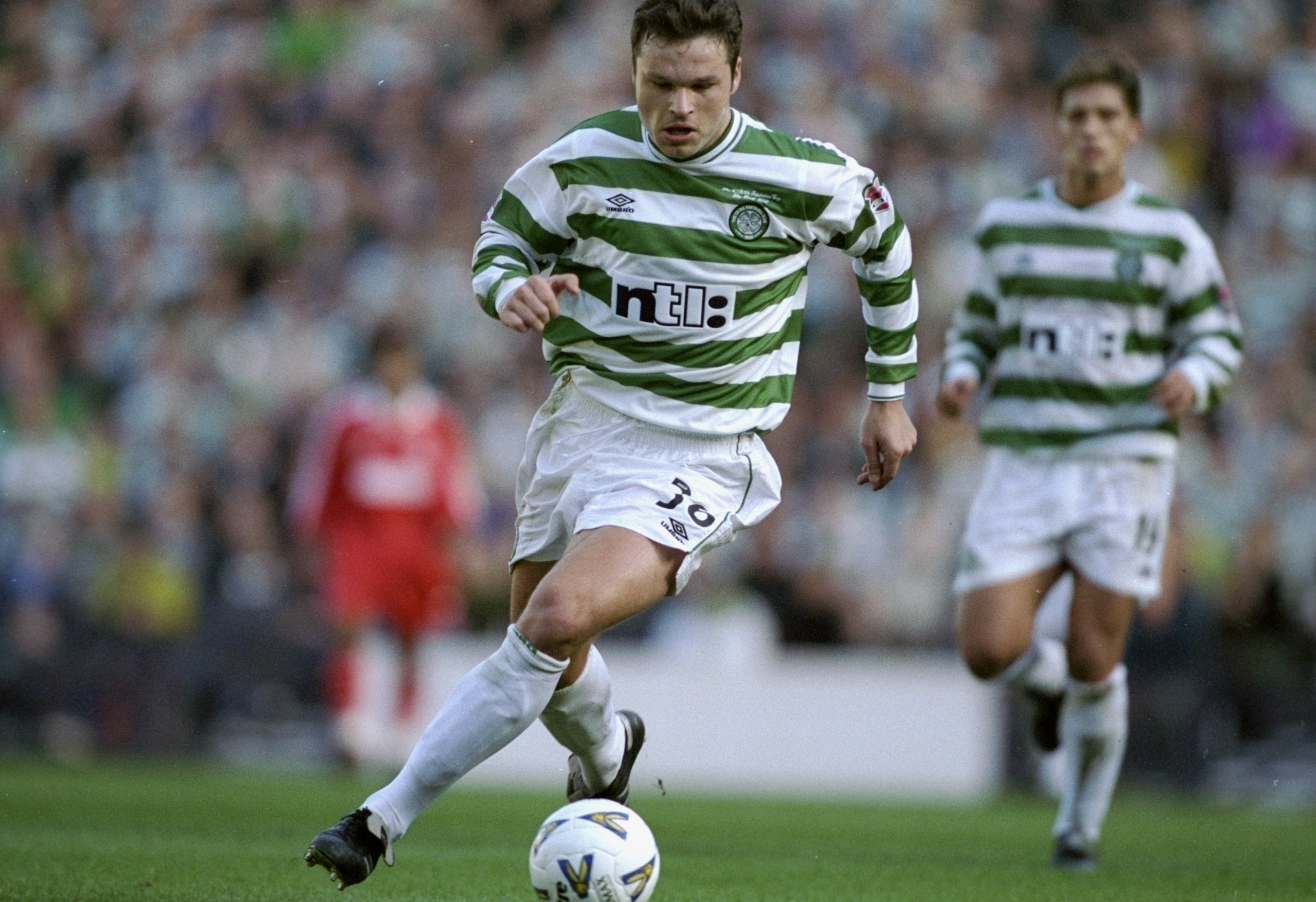 Viduka scored 25 league goals in the season, comfortably winning the Golden Boot, and helped the side win the Scottish League Cup. He was voted the Players’ Player of the Season, and was then sold to English Premier League side Leeds United for £6 million.

It is here in the famous Leeds United colours that some of Viduka’s most famous moments were created.

While injuries hampered Leeds’ 2000/01 campaign, initially depriving Viduka of the chance to play alongside fellow Socceroo Harry Kewell, he helped the side famously reach the Semi Finals of the UEFA Champions League, where they eventually went down to Valencia.

But the highlight of his first season was an absolute masterclass against Liverpool FC. Leeds won the match 4-3 against the Reds, with Viduka scoring all four goals for Leeds at Elland Road. And they weren’t just tap-ins either. All four were majestic goals, and put Viduka’s name among the best in the Premier League.

He finished that season with 22 goals in all competitions, picking up where he left off with Celtic. His form earned interest from other big clubs, but Viduka signed a long-term deal with Leeds that summer.

Unfortunately, international-wise, Viduka and Australia not having much luck. After playing both legs in 1997 against Iran when the Socceroos missed out on qualifying for the 1998 FIFA World Cup, once Viduka would experience heartbreak in 2001 when Uruguay defeated the Socceroos across two legs to deny them a spot at the 2002 FIFA World Cup.

But following a famous 3-1 win over England in 2003, momentum began to pick up for the Socceroos, and a spot at the 2006 FIFA World Cup was what every player was working towards.

The move to Middlesbrough & November 16

In his second and third seasons with Leeds, Viduka scored 16 and 22 goals respectively, with the side continuing to ply their stuff in Europe. However, in his fourth season, Leeds were relegated in a horror campaign as financial troubles began to take over. Viduka was transferred at the end of the season to Middlesbrough for £4.5 million.

Middlesbrough were still playing Premier League football and finished a solid 7th in Viduka’s first season, but he missed out on over half of the campaign due to injuries.

The 2005-06 season didn’t start the best for Viduka, but the international window in November gave him the opportunity to write his name into Australian footballing folklore.

After the heartbreak of 1997 and 2001, Australia had their best chance to end the 32-year drought of not making a Men’s World Cup. After losing the first leg 1-0 to Uruguay away in Montevideo, the Socceroos took Uruguay to penalties in the second leg after Mark Bresciano made it 1-1 on aggregate.

Heroics from Mark Schwarzer in the ensuing penalty shoot-out ensured the Socceroos would qualify for the 2006 FIFA World Cup in Germany, and despite Viduka missing a penalty in the shoot-out, expertly captained the national team to one of the biggest and most memorable night’s in the sport’s history in Australia.

That momentum helped Viduka at club level, scoring goals and putting in solid performances in the lead-up to the World Cup in Germany in June 2006.

Reaching the Round of 16

The Socceroos had made the World Cup after 32 years and were drawn against Brazil, Croatia and Japan in their group. It was going to be tough, but that current crop of Socceroos players believed they had it in them.

Viduka captained the side through the tournament, with Australia securing their first goals and win in their opening game against Japan. A loss to Brazil followed, leaving it up to the final group game against Viduka’s country of heritage – Croatia. A late Harry Kewell goal ensured the match ended 2-2, and saw the Socceroos reach the Round of 16 – the only time the side has ever done so. 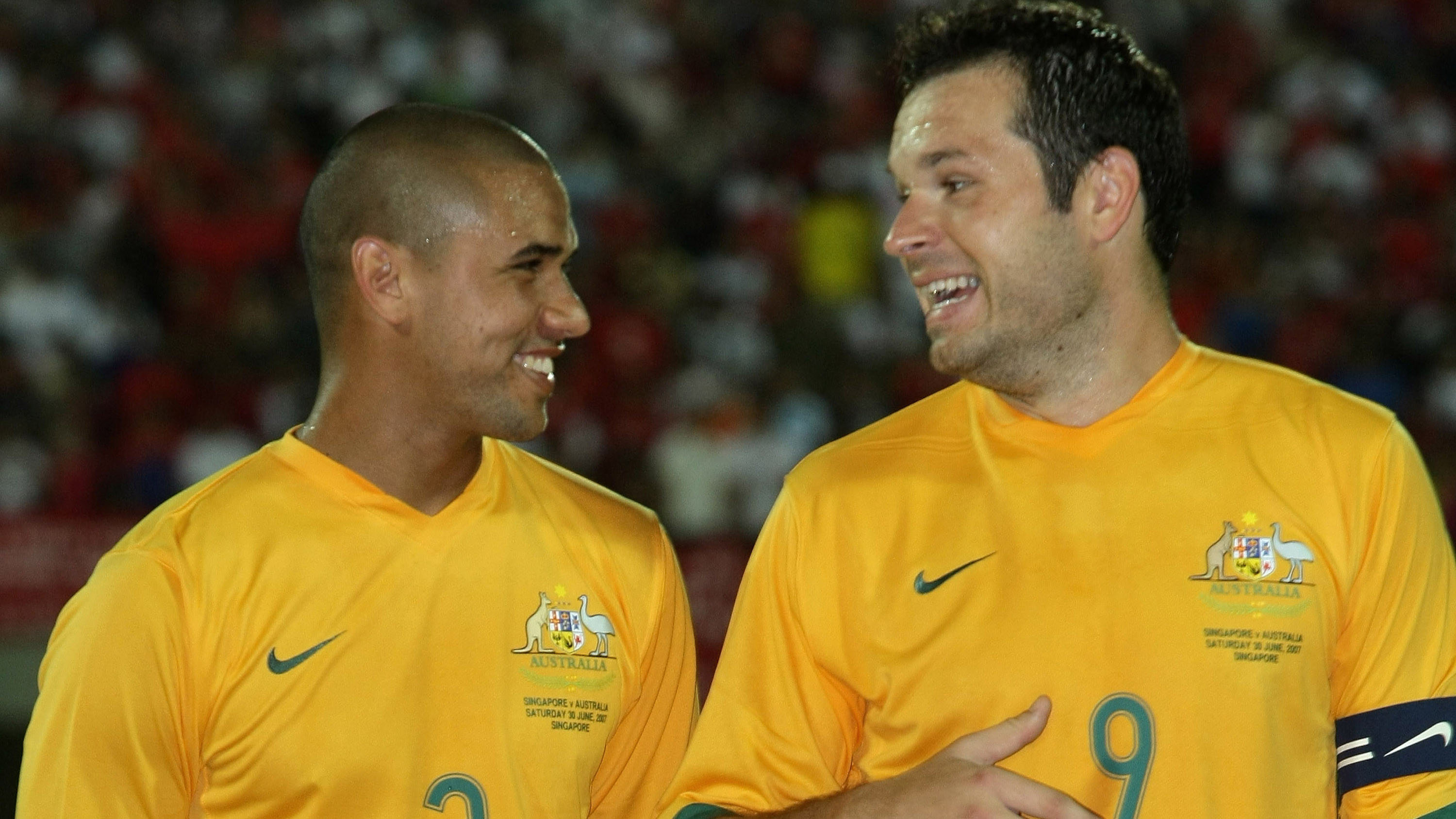 Despite bowing out of the Round of 16 stage due to a late penalty call to eventual Champions Italy, football in Australia was thriving thanks to the Socceroos under the leadership of Viduka.

A switch into Asia followed, and Viduka captained the Socceroos through their first ever appearance in the AFC Asian Cup. While it wasn’t the end to the tournament most were anticipating, the Socceroos began to make a name for themselves in their new confederation.

After returning to Middlesbrough in August 2006 after the World Cup, Viduka was given the No.9 shirt by manager Gareth Southgate. It was his most prolific season at the club, scoring 19 goals across all competitions, but left for Newcastle United at the end of his contract. 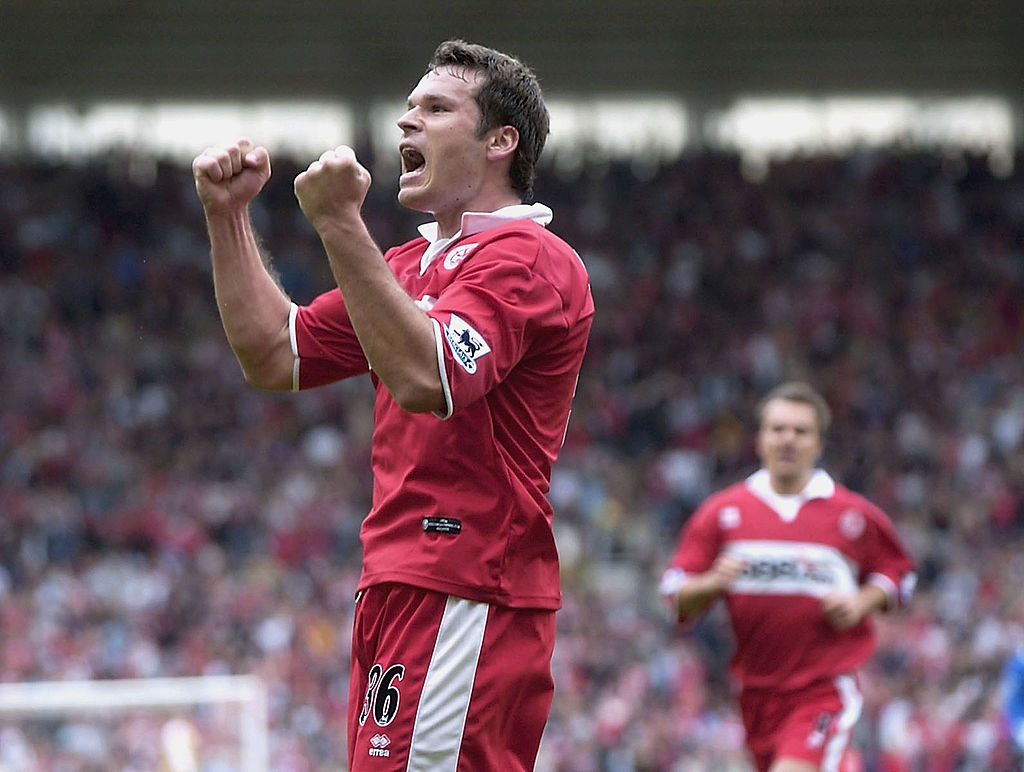 Viduka was Sam Allardyce’s first signing as Newcastle boss, and joined the Toon for two seasons. His first goal came against his former club, Middlesbrough, and he found the back of the net seven times in his first campaign.

However, injuries began to take their toll. And after the 2008/09 season, Viduka called time on his incredible career.

While some may wonder what extra heights Viduka could have reached without those injury clouds, he remains and always will remain one of Australia’s & the NSL’s finest ever exports to the Premier League. 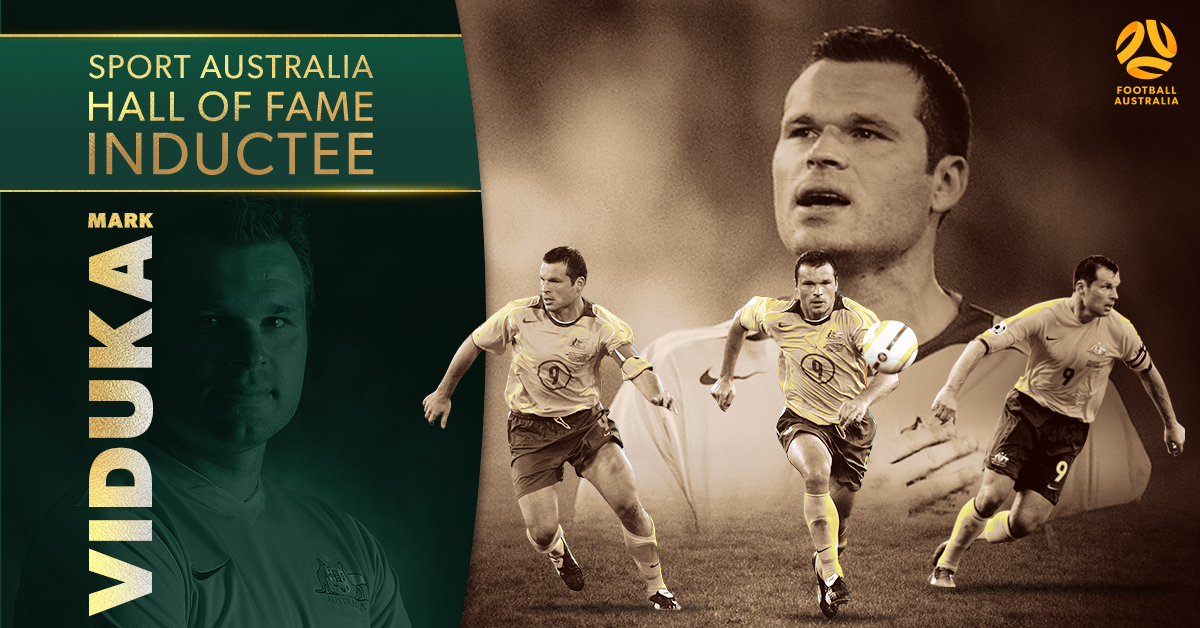