Lydia Williams in focus: Skills that show her dominance for both club and country

Westfield Matildas shot-stopper Lydia Williams has been nominated as the 2019/20 Westfield W-League Goalkeeper of the Year after a record-breaking season between the sticks for Premiers and Champions Melbourne City.

The 88-cap Matilda is widely regarded as one of the world’s best female goalkeepers, seen in her recent signing with English giants Arsenal FC.

The Melbourne City shot-stopper played all fourteen games en-route to her club’s fourth Westfield W-League Championship and her fourth Championship title as a player across two separate clubs (Melbourne City and Canberra United).

Williams’ statistics show a goalkeeper at the peak of her powers, with nine of her fourteen matches finishing in a clean sheet. While Melbourne City had one of the best defensive units in the league, Williams proved her worth game after game, successfully saving almost 90% of the shots she faced.

The City keeper successfully completed 89% of her passes, as well as almost 60% of her longer passes, with her side gaining possession from majority of plays most coaches would characterise as “50/50 balls.” 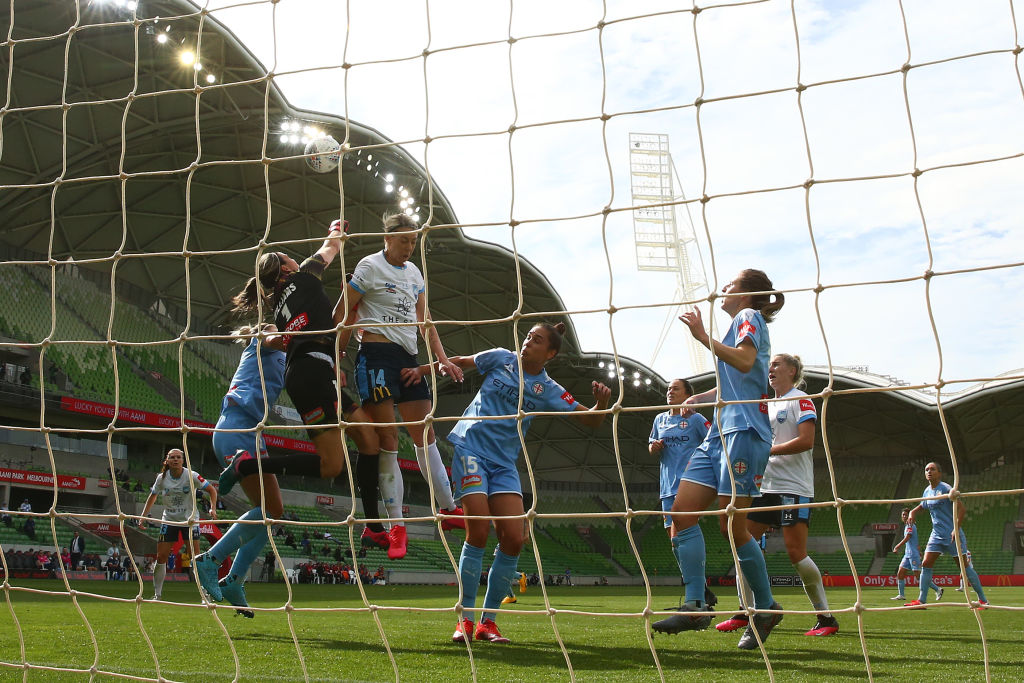 What cannot be reflected in numbers, however, is the leadership and commanding presence Williams provides her team from the back.

Whether for Melbourne City or the Westfield Matildas, one constant is Williams’ cry to “turn” or “reset,” always instructing her team and reminding them of options in a frantic and high-pressure atmosphere. The distant yell of “KEEPER!” as the woman in yellow leaps into the air to catch a ball is hard to forget.

Williams, now 32, is reaching the peak age for a professional goalkeeper. Although she has been part of the Matildas set-up for almost fifteen years, Williams is still looking for new challenges and to further develop her game, starting with Arsenal in England’s FA Women’s Super League.

“[With] the wealth of experience that Lydia brings, she can help the younger players that we’ve got, but more importantly she’s a big-game player that will be solid and really contribute to the group,” Montemurro said.

With Australia having secured joint-hosting rights for the FIFA Women’s World Cup 2023, the experience, leadership, and big-game qualities that Lydia Williams possesses will be key if the Matildas are to progress deep into the tournament.