Perth Glory have been brought back down to earth by Adam Le Fondre, who scored the only goal in Sydney FC’s 1-0 win over the newly crowned Hyundai A-League premiers on Thursday evening.

Le Fondre bundled home Paulo Retre’s header at the far post late in the first half for his 16th strike of the campaign, consigning the visitors to their season's first away defeat.

Steve Corica’s side are now five points ahead of third-placed rivals Melbourne Victory, who travel to Adelaide United on Friday night.

Brendon Santalab, one of six changes Tony Popovic made from the club’s Premiers Plate-clinching victory against Newcastle Jets last Sunday evening, offered a rare sight at goal for the visitors in a tense half of few chances.

The other opportunity of note was the all-important match-winner. It fell to Le Fondre, lurking at the back post, who bundled the ball in off his chest after Retre had knocked Anthony Caceres' cross back across goal. 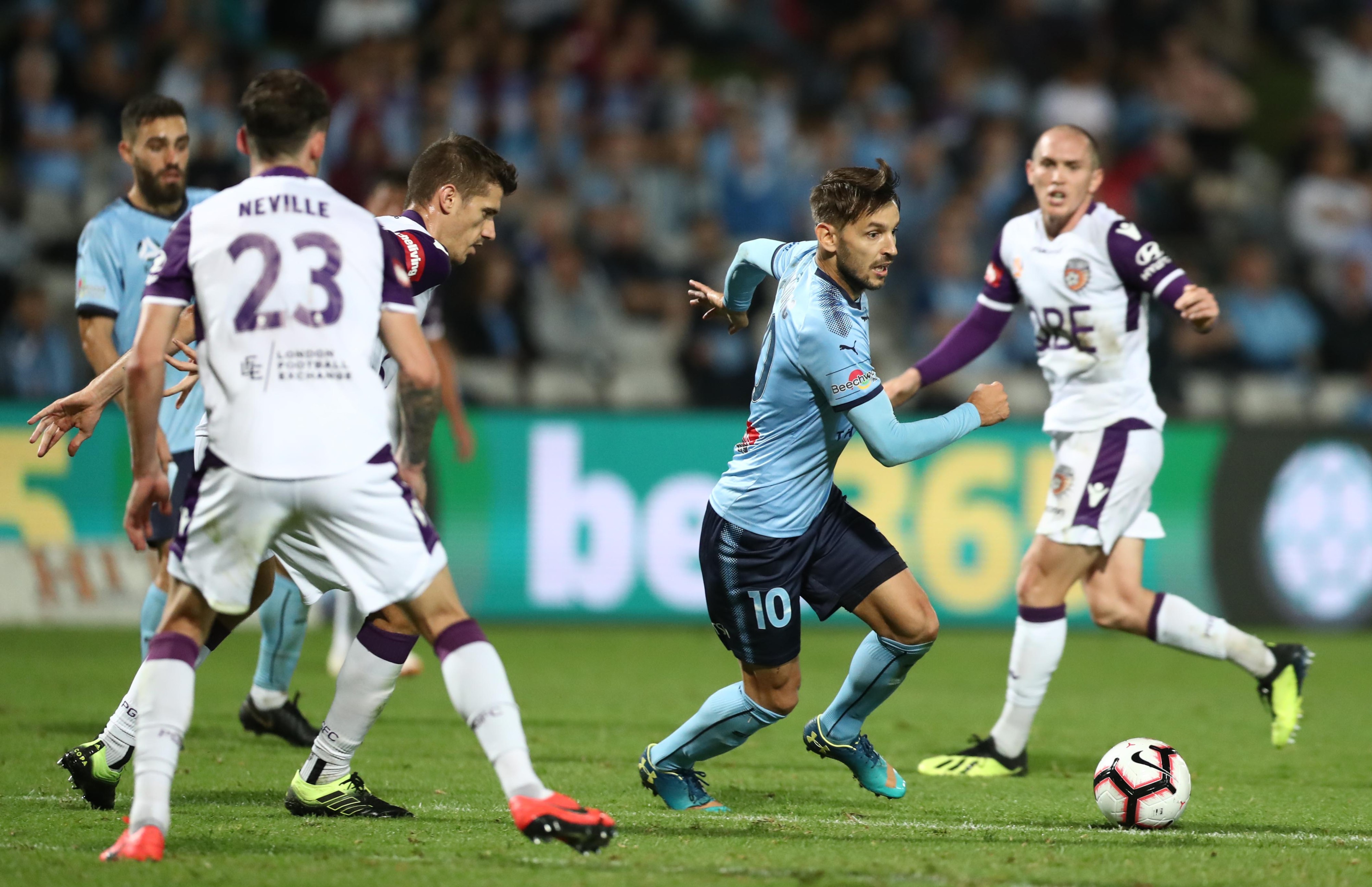 Popovic threw Diego Castro into the fray after half time, but it was Sydney who dominated the second stanza. Retre fired into the side netting after combining with Le Fondre, Josh Brillante’s pile-driver on the edge of the box was desperately blocked, and Rhyan Grant drew a comfortable stop from Liam Reddy.

Glory boss Popovic gave teenage son Kristian his Hyundai A-League debut in search of the equaliser, but nothing could spark a flat night for the 2018/19 premiers.