'Life can throw so many things at you': Koutroumbis eyes bright future after Jets extension

It may have been a tumultuous 12 months for Johnny Koutroumbis – but the Newcastle Jets man has revealed his joy at starting 2019 on a high.

A key part of Newcastle’s 2017/18 side, the 20-year-old played all 90 minutes of their heartbreaking Hyundai A-League 2018 Grand Final loss to Melbourne Victory in May last year.

A health scare followed in October after Koutroumbis was diagnosed with stage one thyroid cancer and indefinitely sidelined in order to treat the illness.

Now having started the last three matches, Koutroumbis will spend three more seasons with the club following news of a new contract deal announced on Wednesday.

The inspirational defender is now contracted until the end of the Hyundai A-League 2021/22 Season, and the former West Adelaide prospect could not be happier in the Hunter Valley.

“It feels good to call Newcastle home for the next three years, I really do feel at home here,” said Koutroumbis.

“The beaches, the people, the football, I’m in love with the place.”

The young full-back says he still pinches himself looking back at how his career has unfolded, from his early days in Adelaide United’s youth team to overcoming cancer and becoming a regular fixture in Ernie Merrick’s starting eleven.

“Looking back at it I never thought any of this would have been possible, obviously with everything that’s happened.

“Life can throw so many things at you, and you just have to be prepared.”

Koutroumbis – whose last treatment for the illness is scheduled in the coming weeks – is now dialled in on improving the fundamentals of his game heading into the second half of the Hyundai A-League 2018/19 Season.

However, hopes of realising his dreams and featuring on the international stage also sit at the back of the youngster’s mind. 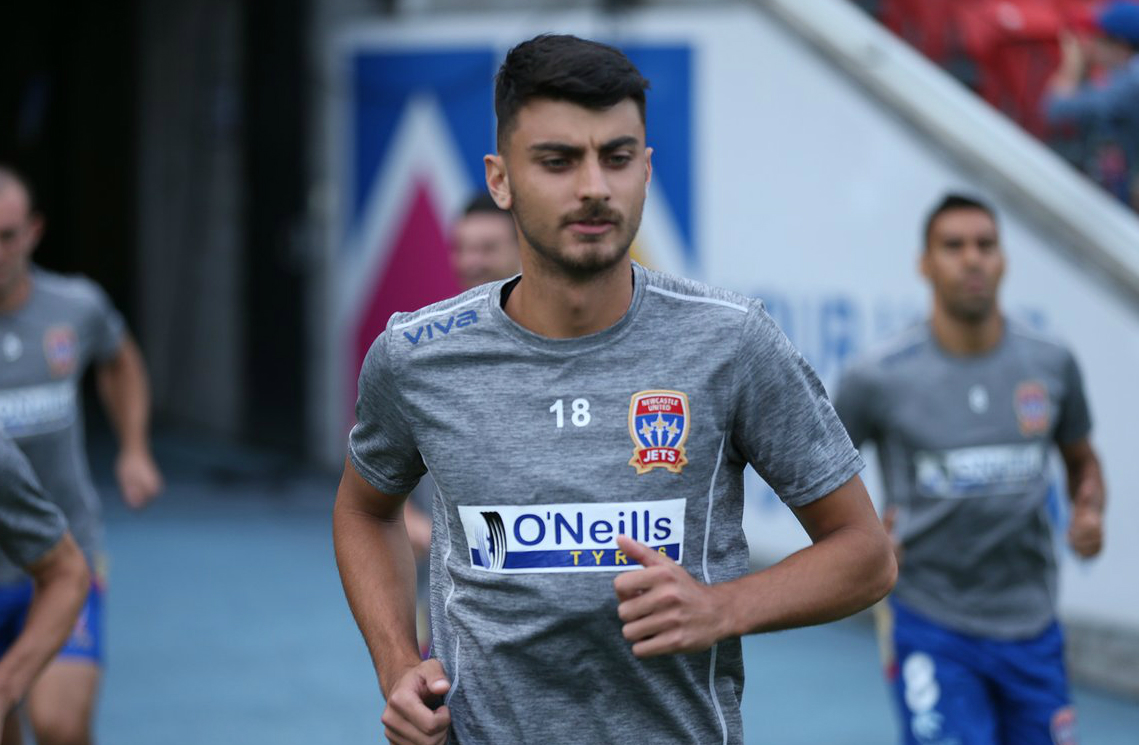 “You have to keep pushing through. I want to get better and try to get the team up the ladder.

“Long term, I obviously want to play for my country one day. I can’t tell you when, but hopefully one day.”

With his Newcastle seven points adrift of sixth-placed Adelaide United heading into Round 14, can Koutroumbis help inspire a turn of fortunes for the Jets?

“We’re playing great football, there’s a lot of hunger and determination from the boys.

“We just have to go on a bit of a roll and we’re back up there. We don’t like being out of the six.”