A last-minute equaliser from Lindsey Horan has broken Australian hearts as the Westfield Matildas drew 1-1 with the United States at Pratt & Whitney Stadium, Connecticut.

The Westfield Matildas appeared on the verge of laying down yet another landmark result against the world superpower after Chloe Logarzo’s first half strike had Australia 1-0 up from the 22nd minute.

But Horan headed home late in the first minute of stoppage time to restore parity and ensure the Tournament of Nations title race remains firmly in the balance.

After surviving a few early scares, the Westfield Matildas clinched the game’s opening goal through a sublime counter attacking strike inspired by Lisa De Vanna and finished by Chloe Logarzo.

Returning to the team in place of Kyah Simon, the veteran Australian forward surged past a string of American defenders in a run starting from deep inside her own half, before slipping in Logarzo who beat Alyssa Naeher with an unerring first-time finish.

Rattled by Logarzo’s strike, America struggled to carve their way through an organised Australian defence for much of the encounter.

However, the Westfield Matildas became a little more stretched as the contest continued with Megan Rapinoe and Alex Morgan causing moments of concern for the Australian defence in the second half.

An enormous collective effort from Stajcic’s side saw the Westfield Matildas repel waves of American pressure but Horan struck a chilling blow late on, heading home at the back post in stoppage time. 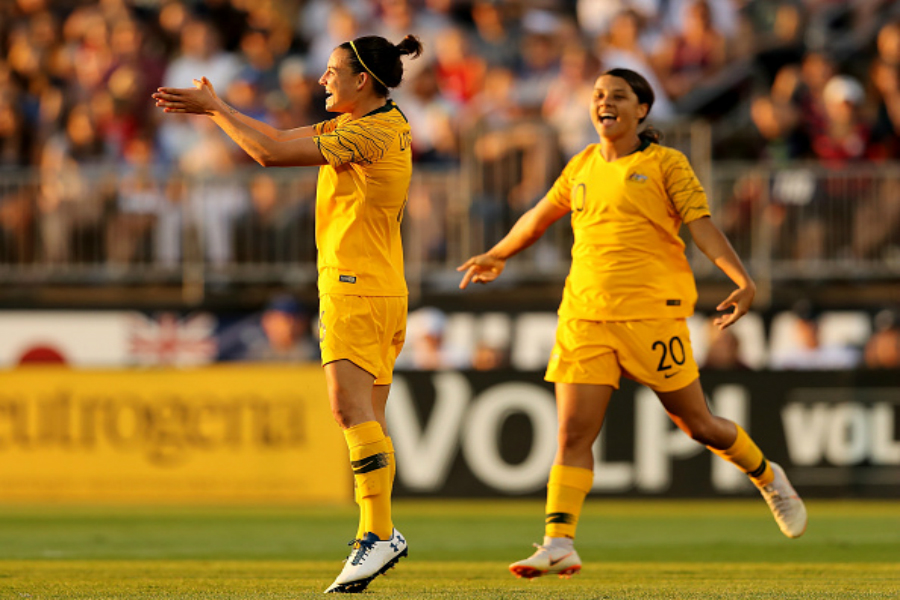 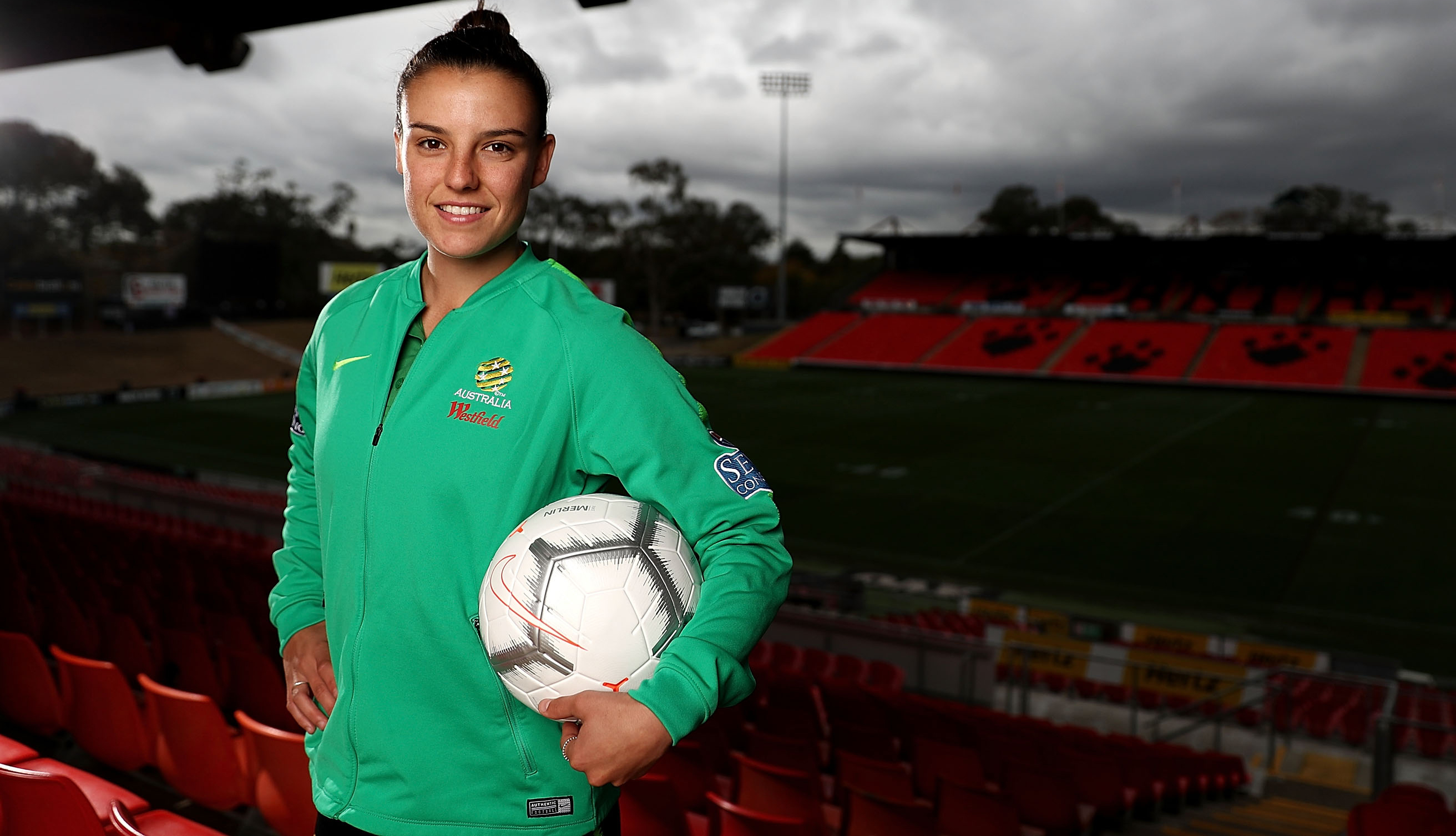 4’ EARLY CHANCE FOR AUSTRALIA: A lovely passing move from Australia involving Hayley Raso and Chloe Logarzo down the right ends in a chance for Tameka Butt at the back post, but American defenders get across quickly to smother the shot.

9’ SO NEARLY AN AUSTRALIN OWN GOAL: A chance for Lindsey Horan as America move forward on the counter: the midfielder’s shot ricochets off Alanna Kennedy and Elise Kellond-Knight before narrowly evading the back post.

17’ BIG CHANCE MISSED BY RAPINOE: Ellie Carpenter is caught in possession high up the field, leaving Alex Morgan to release Megan Rapinoe through on goal, but the American forward’s finish is wayward.

19’ AUSTRALIA ALMOST CAUGHT NAPPING: A quick throw in from Rapinoe catches the Australian defence off guard, but Lydia Williams is off her line quickly and throws herself at the feet of Morgan.

22’ LOGARZO CAPS A CLASSIC COUNTER: Australia strike first, and it’s a textbook counter attacking goal. A nimble turn from Lisa De Vanna in her own half sees the striker steam forward with Chloe Logarzo and Sam Kerr in tow. De Vanna slips the Australian midfielder in on goal and Logarzo beats Alyssa Naeher with an unerring first-time finish.

29’ CARPENTER FALCONED: Play is stopped after Ellie Carpenter takes an American clearance flush on the face from close range.

45’ DE VANNA GOES CLOSE: De Vanna is picked out by Raso at the back post but her acrobatic attempt flies back across goal.

45+1’ RAPINOE LETS FLY: The American unleashes a fierce low effort from distance but Williams is equal to the attempt.

50’ DANGER FOR AUSTRALIA: Williams pushes out Rapinoe’s menacing cross from the by-line, and Australia eventually get the ball clear.

53’ RAPINOE TRIES HER LUCK: Rapinoe is causing all sorts of danger stepping in from the left flank, but she curls a snapshot over the bar on this occasion.

63’ MORGAN FINDS THE ROOF OF THE NET: Horan picks out Alex Morgan in the middle but the American striker loops the header over the bar.

66’ GREAT DEFENDING FROM KENNEDY: Morgan slips Rapinoe in behind but a great last-ditch sliding challenge from Kennedy sends the ball out for a corner.

68’ KERR DENIED: Kerr races onto a Kellond-Knight throw in and drives into the box but her effort is easily gathered by Naeher.

70’ WILLIAMS ON HAND: Rapinoe lets fly from distance again but Williams is untroubled.

88’ MORGAN HEADER: The American striker meets Rapinoe’s cross from the left with a near post run but flicks the header over the bar.

90’ AMERICA EQUALISE AT THE DEATH: Horan heads past Williams at the back post.