The only Aussie to feature in the top 50, Chelsea and Australia's number 20 lost out to American and Manchester City midfielder Sam Mewis.

The high position is a reflection of Kerr’s stellar club form, with the forward showcasing her big game credentials with a hat-trick in her side’s Continental League Cup final triumph last week. Her side Chelsea also lead the Women's Super League, with only two goals separating the forward from being top scorer. 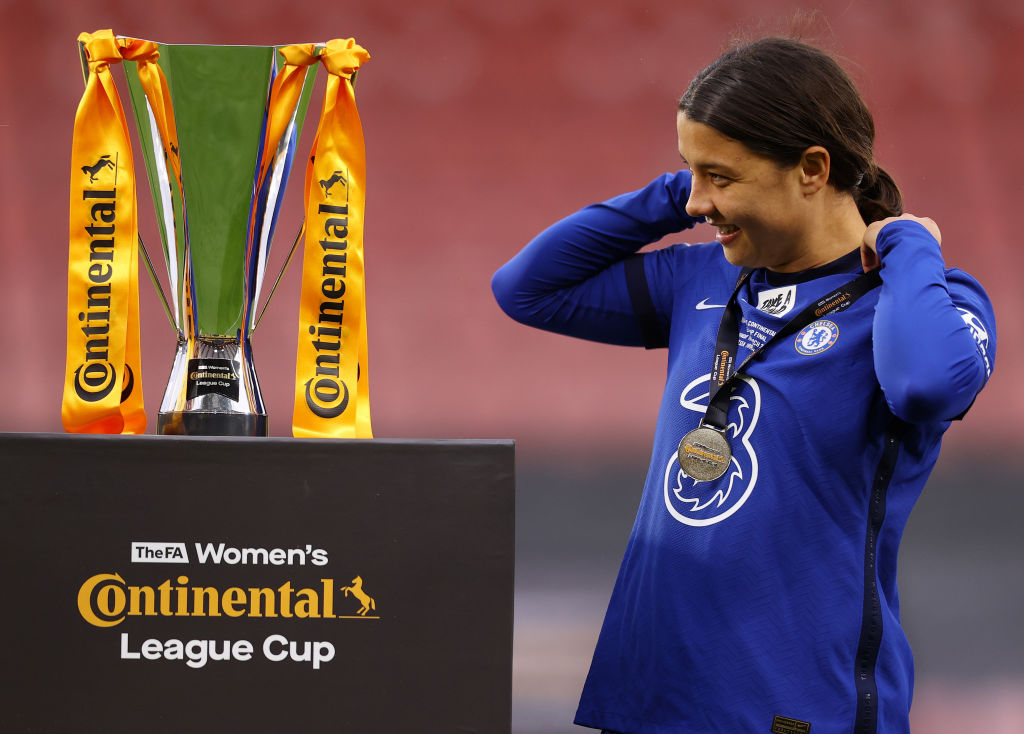 However, ESPN reporter Kathleen McNamee noted that the key to Kerr's success has been the partnership formed with one Blues teammate.

“Her partnership with Fran Kirby this season has been second to none, it felt like the final piece of the puzzle for the striker.”

The fact Chelsea manager Emma Hayes has publicly stated she wants to see more improvement from the 27-year-old, indicates that in a list of the best female footballers in the world, a silver medal is the least of what Sam Kerr is capable of.

“The Australia captain's ability has never been in doubt, but it's obvious something has clicked for her this season,” McNamee wrote.

There will be an argument made amongst Australian supporters, that if not for a preference toward American footballers by a US based publication, Sam Kerr may have been given top spot ahead of Boston born Sam Mewis.