If there was ever a time that symbolised the consummate professionalism of Elise Kellond-Knight, this morning's clash against Brazil was a decent reminder.

Australia's preparations for the clash with the South American giants suffered a huge blow following the withdrawal of Steph Catley two days ago.

The departure of Alen Stajcic's nominal left fullback in Catley was a big loss, with the Seattle Reign flyer hitting some good form over recent weeks.

READ: Australia kick off title defence with 3-1 victory over Brazil

That forced the Australian Head Coach to draft Kellond-Knight into the same left back role she began her career in a decade ago.

In fact, the Gold Coast local was utilised at left fullback when Australia took on Brazil in the 2011 Women's World Cup - and her performances in that tournament earned her a spot in the all-star team as a defender.

A 20-year-old Kellond-Knight was up against Brazilian superstar Marta when the Westfield Matildas went down 1-0 in their group stage clash against the South Americans in the 2011 World Cup in Germany.

And in a twist of fate, it was the five-time world player of the year that Hammarby midfielder would marshal closely in Kansas City this morning.

It would be an intimidating challenge for most players to walk into - but the former Brisbane Roar player proved she was more than up to the task.

Kellond-Knight turned in an industrious, diligent performance that reminded fans of her quality, and ability to influence the action at both ends of the field.

Her set-pieces wreaked havoc with Brazil's confidence at the back throughout the contest, and her dead-ball delivery from all areas was spot on.

But just as important was Kellond-Knight's energy and drive in dealing with the likes of Marta and Brazilian striker Debhina - made all the more impressive by the fact she was playing injured throughout the second half, as revealed by Stajcic following the match.

Her cynical foul on Debhina typified the no-nonsense, hard-working approach that held Brazil at arms length during the contest, and allowed Australia to maintain their grip of the game.

A key enforcer of Stajcic's game plan, Kellond-Knight offered a timely reminder of her value to the Westfield Matildas set up.

And whether she returns to her favoured midfield role for Monday morning's clash with the United States or retains her position on the left of Australia's back four, there's no doubt 'KK' will remain a central figure in the Westfield Matildas' Tournament of Nations title defence. 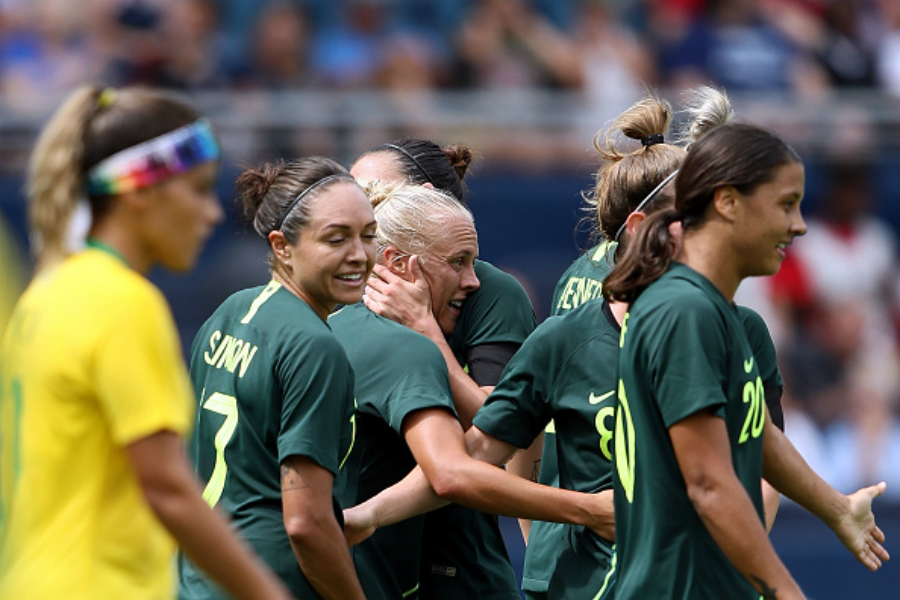