The say there is a magic about the FFA Cup. And it doesn’t get much more magical than Edgeworth Eagles striker Daniel McBreen coming up against Newcastle Jets, the club that he is employed by.

McBreen works for the Jets as one of their youth team coaches, while also fulfilling a community role with the club.

But the ex-Central Coast Mariners hitman is willing to put job loyalties aside to keep Edgeworth’s FFA Cup dreams alive.

AROUND THE GROUNDS: McBreen with a foot in both camps ahead of Round of 16 blockbuster
PREVIEW: Round of 16 match day 1

In fact, McBreen used his inside access to try and get his Northern NSW NPL side a bit of intel ahead of Wednesday night’s clash at Jack McLaughlin Oval.

“I walked in [on Monday] and went straight into Ernie’s [Jets coach Ernie Merrick’s] office and asked him what they were doing for training and he just laughed,” McBreen told theffacup.com.au with tongue firmly planted in cheek.

“There’s been a bit of banter with some of the boys as well. A few of the senior players, like [Nigel] Boogaard and [Nikolai] Topor-Stanley weren’t out on the training paddock and I was joking with them that they are too scared to come up against this old fella.

“Look, we know Ernie’s style of play so we know what to expect but when you come up against A-League quality players it’s a tough ask. We’ll do what we think we can do to counteract that and win the game.

“It’s always good to play against A-League opposition, it takes you back to the good old days.

“You want to be the underdog and knock over the team that’s most fancied. There’s a lot of motivation to go in and do well.”

With both clubs coming from the Northern NSW region, this ‘derby’ is one of the blockbuster clashes of the FFA Cup 2019 Round of 16.

No club from Northern NSW has ever reached the last eight of the FFA Cup, so it also presents a huge opportunity for Wednesday night’s winner.

McBreen, who has spent the last week on a pre-planned family holiday in Bali, is desperate to prove his fitness to take part in the historic clash.

The 42-year-old striker hasn’t played in a month after suffering a calf injury in the lead-up to Edgeworth’s Round of 32 win over Darwin Olympic. He will need to see how he pulls up after the team’s final training session before knowing if he’ll play some part in the match.

“It [the calf] feels okay. I think I should be able to get through the session and be okay [for the match],” a hopeful McBreen said.

MORE: The incredible ironman feat of Ugarkovic in Newcastle's comeback
MORE: The father-son combination bringing glory days back to the Stallions

“But it’s different going for a four [kilometre] jog and swimming than it is to change direction and do a change of pace. I might not have much of a change of pace but there’s still a little one there.

“I’ll do whatever I can to help the team, whether it’s start, come off the bench or just be around the squad.

It’s not just his work connection to the Jets that makes this an extra-special fixture for McBreen.

Both clubs are close to McBreen’s heart.

“Edgeworth actually brought my dad [Jim] out to play from England,” McBreen explained. 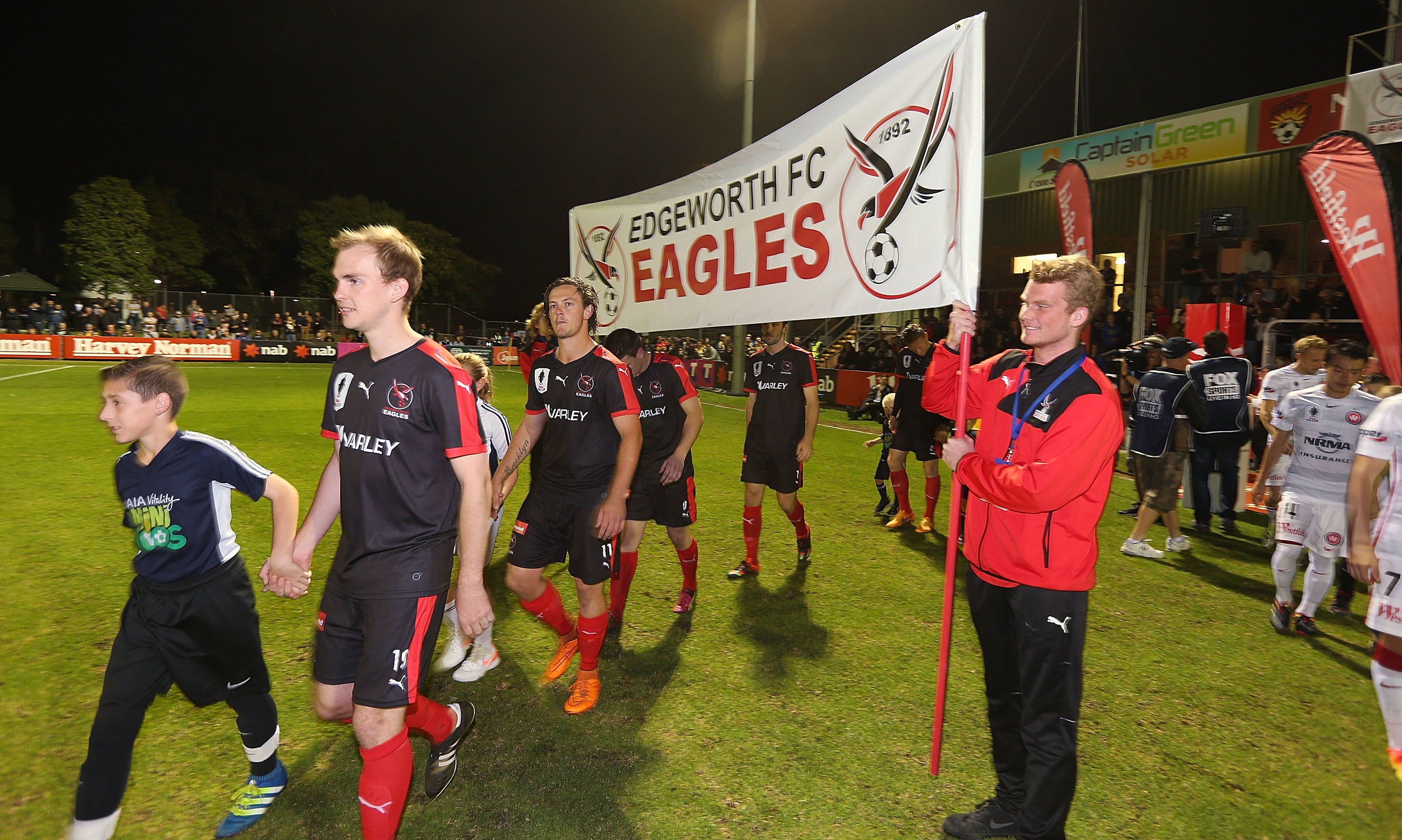 “I played my junior football there then went into first grade before I left to go play for Newcastle United [in the NSL].

“Then to come back to Edgeworth 20 years later and be working for the Jets at the same time, it’s something that’s been in our family for 40 years. It’s nice.”

McBreen has enjoyed an impressive playing career, that’s included Hyundai A-League glory with the Mariners, a couple of trophies with Falkirk in Scotland as well as stints in Romania, England and China.

But with increasing work and coaching commitments, as well as having a young family, McBreen knows his playing days are almost coming to an end.

Although, if he can play a starring role in Edgeworth pulling off a ‘Cupset’ against the Jets, things could change.

“Ernie Merrick might decide to sign me up for a year... so we’ll see what happens,” McBreen said.