"It's one of the best leagues I've played in": Refiloe Jane's extraordinary Westfield W-League journey

Refiloe Jane’s journey to play in the Westfield W-League has been far from straightforward.

The 26-year old South African has been a rock in Canberra United’s midfield since joining ahead of Westfield W-League Season 2018/19.

She was one of two South Africans to join Heather Garriock’s side, alongside forward Rhoda Mulaudzi, but the move to United wasn’t as simple as one may think.

The South African duo were invited to take part in Canberra United’s trial period over winter and Jane revealed the lengths they went to get there.

“When we found out that we we’re going to be in the trial we had to raise our own money because the club would only pay our transfer if we passed the trial,” Jane said.

“We really had to look at our motivation and luckily one of my [job] supervisors paid for my flight and myself and my other friend paid for Rhoda’s flight to get to Canberra.”

Once here there was one last obstacle to overcome.

A winter in the bush capital. 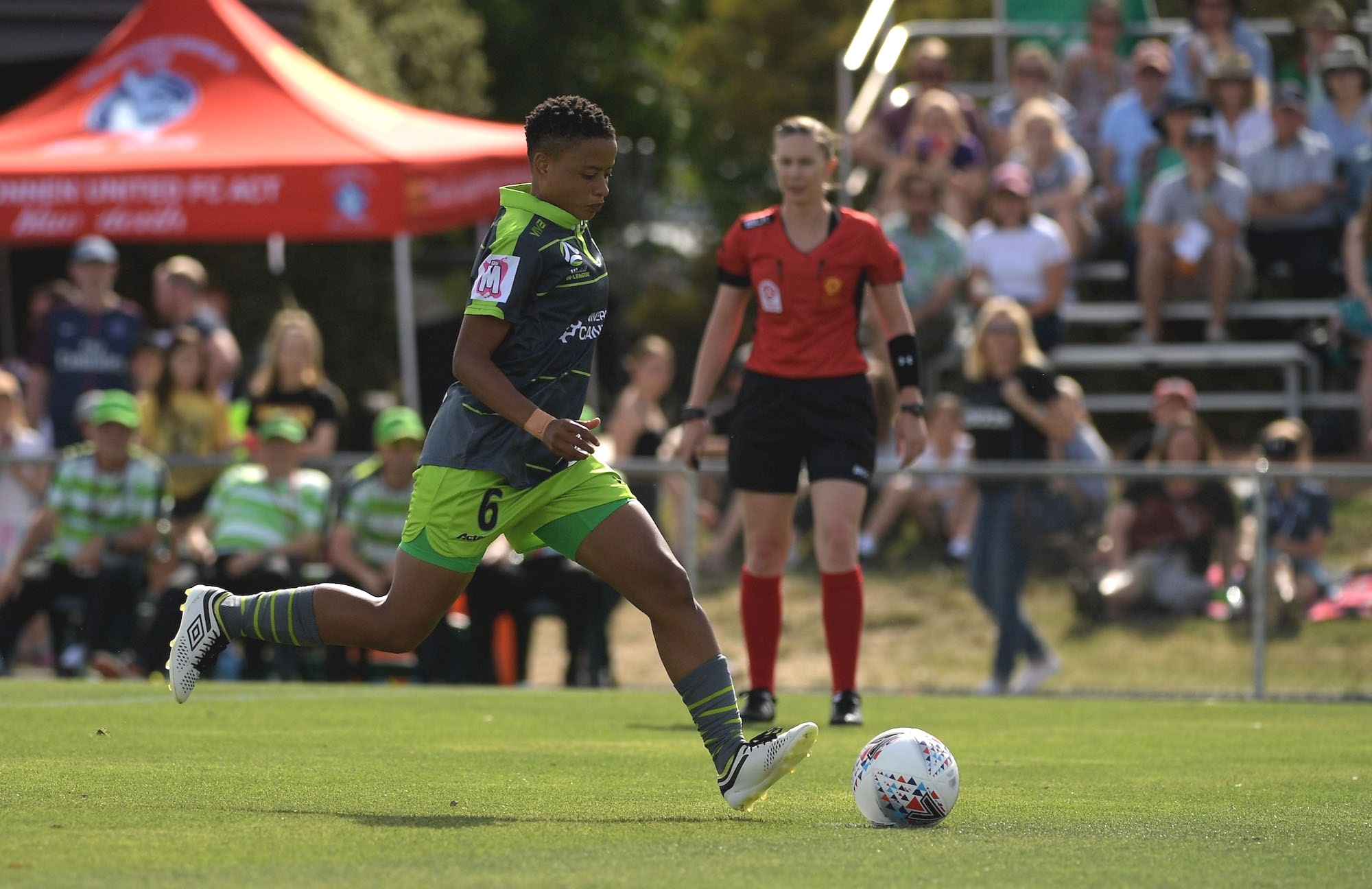 “It was difficult looking at the conditions we had to adapt to because when we came here it was extremely cold!” she laughed.

When she was handed her contract by Garriock she not only achieved a lifelong goal of playing professionally but also, alongside Mulaudzi, became the first South Africans to play in the Westfield W-League.

After fighting so hard to reach her goal it is perhaps unsurprising that she has hit the ground running.

As well as vice-captaining South Africa to a place in the 2019 FIFA Women’s World Cup in November, Jane has managed to record two goals and one assist in her five matches in green.

For Jane however it is all about improvement and being available whenever and wherever her team needs her.

“It’s one of the best leagues I’ve played in,” Jane said.

“This is my first professional contract so the competition is very high compared to what we are used to back at home so I’m having fun and learning so much from the team and my coach Heather.

“My goal is just to make sure I give my best performance in every game that we play and doing my best for the team in defence and attack so whatever is best for the team I try to contribute as much as I can so I can see the team winning.”

Jane will be front and centre when Canberra host Brisbane Roar on Thursday night as the race for finals heats up.

Canberra currently sit in seventh on the Westfield W-League ladder but a win at McKellar Park over the third-paced Roar will bring them within one point of the top four.

“We are expecting a very tough game,” Jane said.

“All the games so far have been tough because everyone wants to see themselves in the finals...playing at home on Thursday it’s a chance [for fans] to come out in numbers.”