‘It was five minutes of quality that was the difference’

They were massive underdogs against the reigning FFA Cup champions but Rockdale City Suns certainly wouldn’t have lost any admirers in Wednesday night’s FFA Cup loss against Sydney FC.

Paul Reid’s side from the NSW NPL pushed the Sky Blues hard for the first half before the quality of the Hyundai A-League side shone through, eventually running out 4-2 winners at Ilenden Sports Centre.

The Suns started on the front foot and took a sixth-minute lead through a classy lob from Harris Gaitatzis.

While Sydney FC soon came to grips with the match and enjoyed large spells of possession, it was only a thunderbolt from Daniel De Silva – his first goal for the club – that sent the teams to the sheds locked at 1-1.

But two goals in three minute early in the second half from defender Ben Warland and skipper Alex Brosque swung the game in Sydney’s favour.

“We were really confident at half-time. I just felt we needed to play a little bit higher,” Reid told www.theffacup.com.au.

“When a team has so much possession against you they are going to create chances and score goals eventually.

“It was just five minutes of quality from Sydney that showed in the result. I can’t complain about the effort from our boys, it was a really great performance."

Reid added: “We came into the game thinking we’d have a decent chance….we started off really well, had them under a little bit of pressure at the start but they are very comfortable in possession and obviously great defensively.

“It’s no mean feat…we scored two goals against them and they didn’t concede too many goals last year.

“They’ve had the best defensive record in the A-League for the last two seasons so to score two against them is a pretty good achievement from our team.”

Since the two clubs were drawn to play each other in the Round of 32 Reid, who works for Sydney FC as a Community Officer, has engaged in plenty of banter on social media and around the Sky Blues’ offices.

FULL COVERAGE: Relive all the action from matchday two of the Round of 32

WATCH: See every goal from the four games on Wednesday night

He admitted he enjoyed the build-up to the high-profile clash and feels it was a great reward for his club who came through a tough qualifying process just to reach this stage of the competition.

“It’s the reward to play against an A-League team such as Sydney FC,” Reid said.

“There was nearly 4,500 people here tonight and it’s just great for the club because they invest a lot of time and money.

“It’s not all about making the money tonight but it’s a reward for them as well. The youngsters put in a great performance and hopefully they can take a lot of spirit from that for the rest of our season.”

Rockdale is currently fifth in the NSW NPL and need just four points from their last two matches of the regular season against Hakoah Sydney City East and Sydney FC to make the finals. 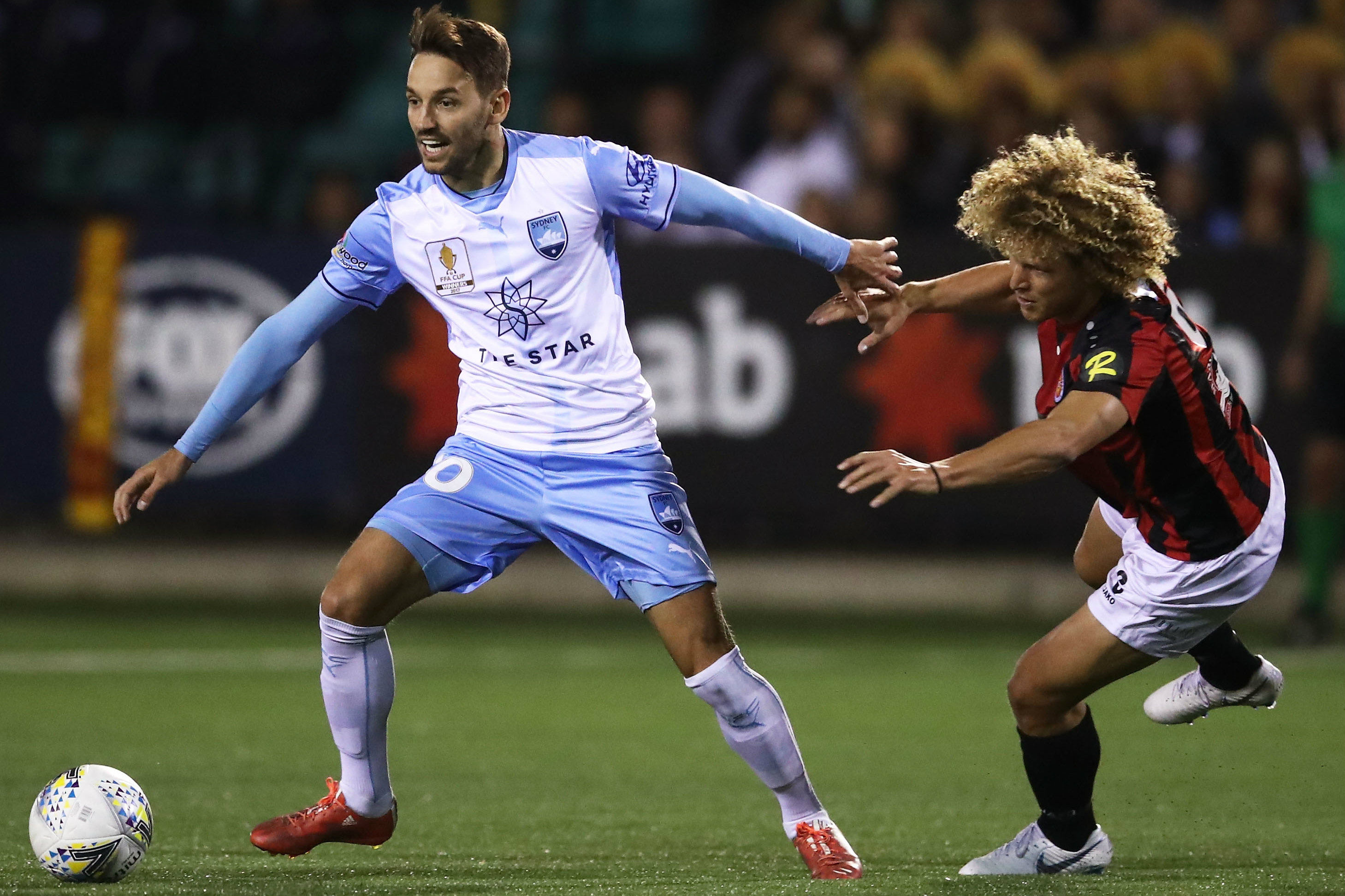