It’s Sydney v Melbourne in the Westfield W-League Grand Final after the Sky Blues and City both prevailed in epic semi-finals over the weekend.

If you missed any of the action from a pulsating weekend of action, we've got you covered with our Monday morning wrap.

The Sky Blues made it 10 straight games without defeat in the Westfield W-League in one of the great semi-finals in the competition’s history.

Ante Juric’s side won a nail-biter over a brave Jets outfit, who played most of the match with just 10 players following the first-half dismissal of Hannah Brewer.

In front of over 2000 fans at Leichhardt Oval, Sydney FC appeared to be cruising as they led 2-0 at the break with goals from Caitlin Foord and Kylie Ledbrook.

But the Jets never gave up, first halving the deficit via Arin Gilliland’s header before forcing extra-time when Tara Andrews equalised in injury time.

The only downside for Sydney FC was an ankle injury to Foord, who will be sweating on the results of scans this week to take her place in the decider.

Melbourne City again proved to be the queens of finals football with a stunning upset win over Premiers Brisbane Roar on Sunday.

Only securing their finals berth with a final round win over the Jets, City showed why they have won the last two Westfield W-League championships with a classy performance at Perry Park.

In sweltering conditions and in front of almost 4000 fans, City did the damage after the break with goals to Aivi Luik and Jess Fishlock proving the difference.

While it’s on to another decider for City as they chase an historic three-peat, it’s a heart-breaking end to the season for Roar who dominated all campaign to finish first. 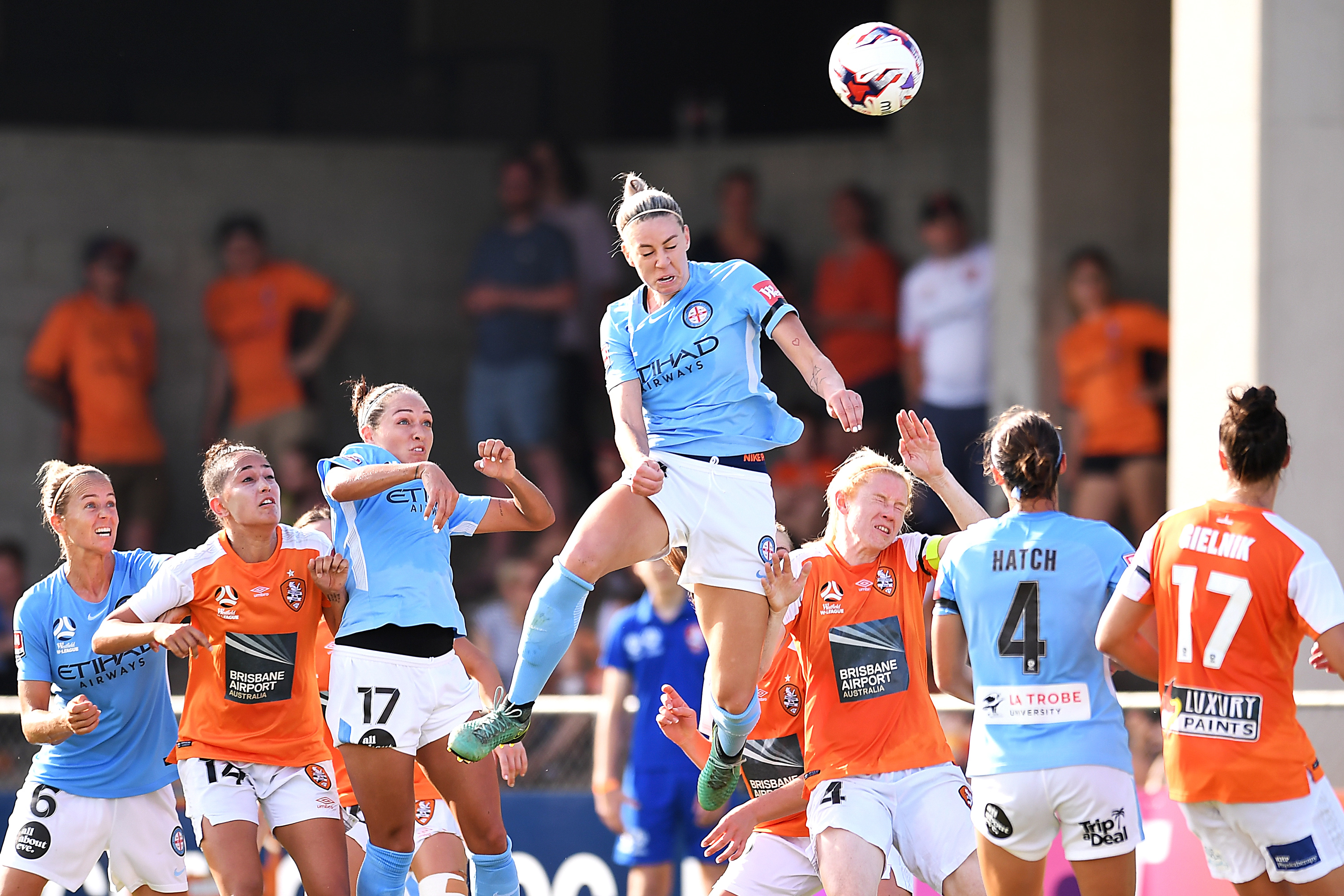