Former Socceroos captain Paul Wade has revealed why the national team were praised by the world’s greatest player and 85,000 Argentineans after their FIFA World Cup 1994 play-off defeat in Buenos Aires.

The Socceroos were defeated 1-0 by Argentina in the second leg of the play-off and sealed a spot at FIFA World Cup USA 1994.

Although they matched their opponents for most of the game, the home side driven by an 85,000 strong parochial crowd got the result and advanced at the expense of a resolute Australian team.

Immediately after the heartbreaking defeat, Wade noticed an Australian flag tucked away in the masses of Argentinian shirts.

His first thought was to go over and applaud the lonely fan, but he could have never expected what would happen next.

"I told the boys that we should go and applaud the Socceroos fan.

And, watch the FULL game of the Socceroos v Argentina on Thursday, 2 June at 7:30pm AEST. Click here to watch on Facebook, Youtube or the  My Football Live App.

Wade did not think much of it until after the match when an Argentina fan approached him and assistant coach Raul Blanco to offer a gift.

Blanco, who was born in Buenos Aires, acted as a translator and the pair figured out that the supporter was trying to give them his watch.

"You have taught us the biggest lesson," the fan said to Blanco.

"I want you to have my watch because you have taught us how to be humble.

"When we see that you have been knocked out of the World Cup, and you will applaud our crowd the way you did, out of respect for our team I want to say thank you and here is my watch."

Blanco and Wade politely declined the kind gesture and joked about what would have happened if the supporter had figured out what they were truly doing.

What followed was even more bizarre.

As they were leaving the stadium, the pair were whisked away to a studio to be interviewed on live television.

Blanco translated and answered questions for Wade as 60 million viewers watched from home.

As the interview neared its end, an unexpected caller stole the show.

"I was trying to prove to everybody who was watching that their team were almost knocked out of the World Cup by part-time footballers," Wade remembered.

"Next minute, the floor manager goes ‘we've got Maradona on the phone.’

"Everyone started panicking and they put him on the air.

"He said to us ‘Paul, your tears of sorrow today will be tears of joy sometime soon.’

At the show’s conclusion, the Socceroos pair were told by staff that Maradona had never called before.

Wade later joked that, "the soon wasn't very accurate, because we didn't qualify till 2006."

Watch the FULL game of the Socceroos v Argentina on Thursday, 2 June at 7:30pm AEST. Click here to watch on Facebook, Youtube or the  My Football Live App.

To watch Socceroos matches, highlights and other videos, visit our Stay At Home Hub. 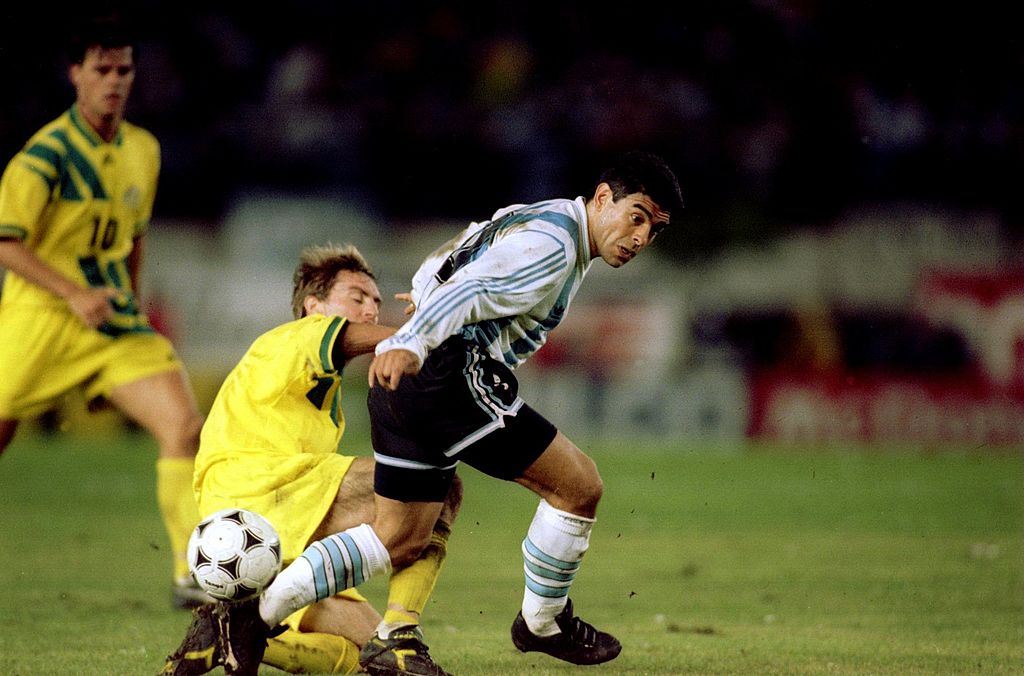