Awer Mabil is a winner. Since breaking in to the first team at FC Midtjylland, all Mabil has known is winning.

This isn’t hyperbole either, it’s fact.

If his Danish Superliga and Danish Cup wins are not enough to convince you, look at the numbers. In the last four years Mabil has played in a total of 144 domestic league, domestic cup, and Socceroos internationals.

He has won 97 of those matches, or just under 70% - a very impressive strike rate. Add draws into the equation and Mabil has avoided defeat in 80% of the games he has played in that time period.

Appearing on the Socceroos Podcast, the 26-year-old spoke about how he never used to be a win-at-all-costs player, before talking through what helped him to change.

Listen to the podcast in the player below, or subscribe and download it on Spotify, Apple Podcasts & Google Play.

But first, let’s rewind to a younger version of the player we know now. A fresh-faced youngster coming straight out of the A-League.

The facts back-up his claim. When he left the A-League at 19-years-old, Mabil had played in 47 matches, scoring in eight but only winning 40% of them. The numbers tell the story of the reality: Mabil was a young kid who enjoyed playing football but was yet to appreciate what it took to consistently win.

Heading to Midtjylland gave Mabil an insider’s view at what it took to win, but still, it was a view from the sidelines as the winger found it difficult to secure any game time amongst a squad of hardened European professionals.

“When I came to Denmark, football there was a big business in the sense of you have more responsibility and you have to win games, especially at a big club like Midtjylland. It really was a shock for me.”

In search of game time, Midtjylland sent Mabil on two loan spells with the view of being able to develop as a player. He was clearly in the club’s long-term plans but he needed to experience the daily grind of a European footballer before he could win a spot in their squad.

“I had to go on loan a few times and that was what made me who I am: it made me stronger and it made me look at football differently.

“The loan spells changed the way I looked at myself because I discovered what I needed to work on in order to play. I was determined to play for Midtjylland – and I knew that I could make a difference – so I just had to get myself right.”

“I left Esbjerg where we were relegated and I went to Portugal and I played a lot, but then we got relegated on the last day of the league,” said Mabil.

“And for me that was a big thing because I felt how much the relegation meant to the fans and to the players because this is their life: that's how they feed their family.

“You see how much it means to everybody that's associated with the club. It means so much for the club to stay up because it can be the difference between some people having a job and not having a job.

“That changed my mindset on how I look at football.”

From that moment on things started to change for Mabil. Returning to Midtjylland a much more mature player, Mabil found he suddenly had the mental fortitude to match it with his European teammates and began to surpass them with his pre-existing skill set.

The young winger from Australia was able to fight his way into the first team squad, putting together consistent minutes while fighting and contributing to consistent wins. This newfound mentality cemented his spot where he went on to play a major role in the club’s domination of Danish football for the following few years. 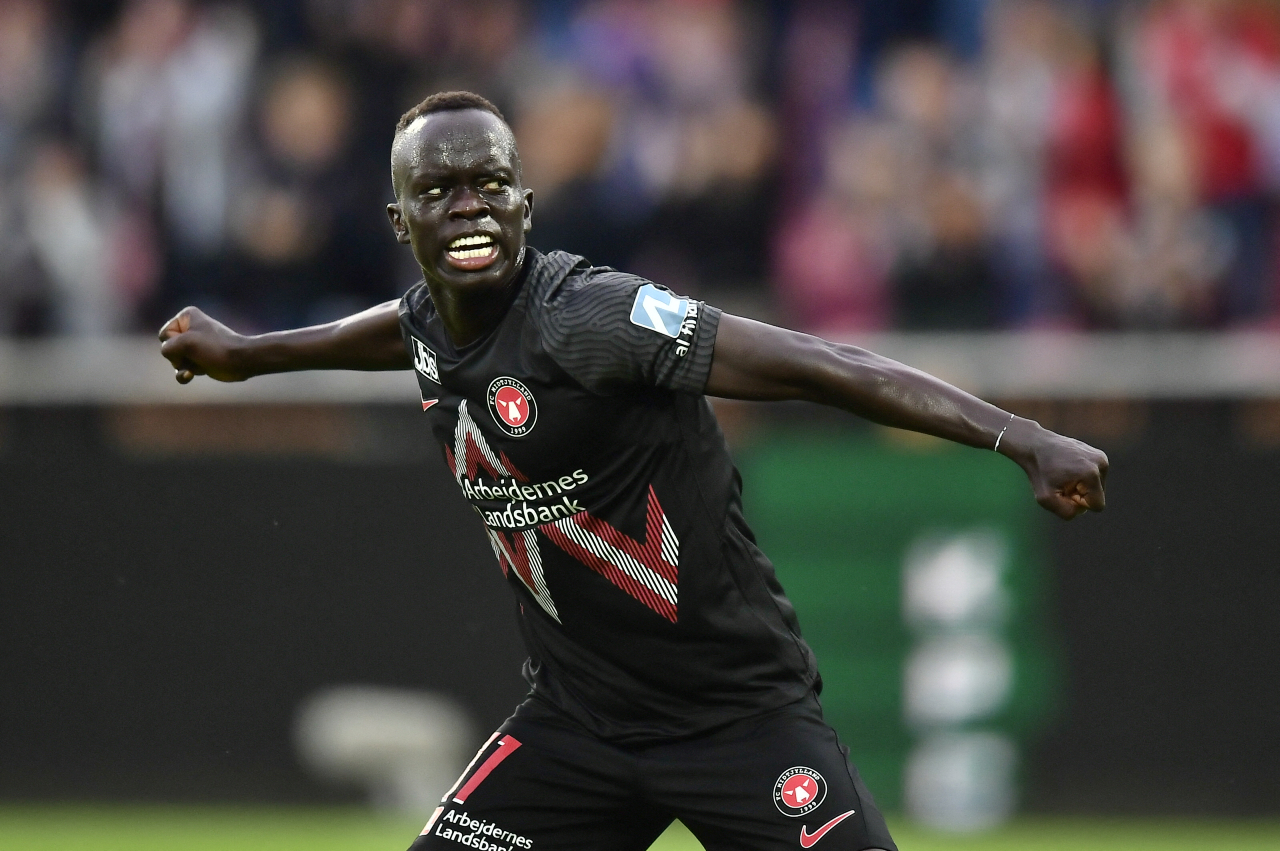 His winning mentality instantly transferred to the Socceroos too, winning 16 of his 23 national team matches so far.

Fans in Denmark, Australia, and Turkey have now become used to seeing Mabil combine his fierce desire to win with his individual creativity and goals. And while not many fans know that this important balance came from a relegation season in Portugal, it’s a fact Mabil acknowledges and appreciates.

“My time with Paços de Ferreira was the biggest turning point for me, and I had my first Socceroos call-up while I was there so that was really nice too.

"I still follow the club to this day and they're doing great now! They’re back in the first division and doing, really, really well so I'm happy for them and happy that I went there.”

You can listen to our latest episode of the podcast in the player below, or subscribe and download it on Spotify, Apple Podcasts & Google Play.