‘This is good for the next generations’: Tongan women’s football on the rise

On the outskirts of Nuku’alofa, the capital city of Tonga, M.J.—a centre-back for Tonga’s U-19 Women’s National Team - is preparing for training.

Her purple Nike football boots take pride of place on the outdoor table, which has been moved just far enough away to avoid any rogue coconuts that could come tumbling down from the trees above.

A nameless dog dozes in the warm morning air, curled up on the tin roof of a pig pen that flanks the side of the house. A pile of dried coconut husks rests next to a make-shift fire used for outdoor cooking. They’re the perfect fuel for when wood is low, according to MJ’s auntie.

“Auntie plays football sometimes, too. There’s nothing like it,” she says. “When you understand how it works and you get out there onto the pitch.”

She happily hustles M.J. to and from training at the National Football Academy—the only dedicated centre for any code of sport in the country—half an hour away from town. In the afternoons, she watches over a group of neighbourhood kids who flock to a patch of grass behind M.J.’s house and borrow her football. There are no goals, though. The kids just play.

Inside, through a curtain made of paper flowers, slices of papaya are fanned out on a plate, accompanied by freshly shaved coconut and Fingerlady bananas from a nearby market. A weathered team photo featuring M.J.’s dad, playing for Tonga’s rugby league team, gazes down at the laptop and television set up in the corner, where M.J. watches YouTube clips of Lionel Messi playing football.

“The way we look at him—he’s a humble man. Whenever he scores goals, he never really celebrates it. He’s just happy. Maybe in eight years I can work on it and be like him.” 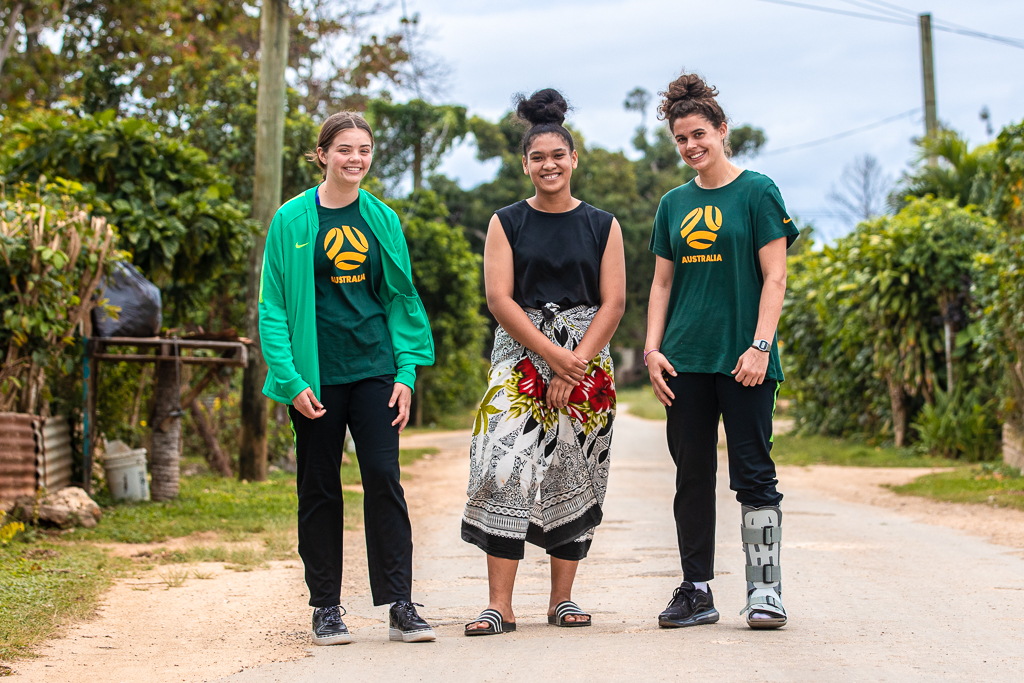 Football has taken a while to sink into the culture in traditionally rugby-mad Tonga, but it makes itself known in smaller, subtler ways.

The drive from Nuku’alofa to the National Football Academy takes us past several schools with football pitches spray-painted into the grass. Kids kick weathered balls around bare-foot in the street in the afternoons.

One of the waitresses at the hotel was a referee, but she quit because she needed another job. Upon arriving, one of the hotel workers was wearing an old Bulleen Lions FC jersey, while Tonga’s U-19 National Team goalkeeper was spotted training in a bright green Melbourne Victory goalkeeper jersey—both donations from Australia.

Like football’s evolution in Tonga, M.J.’s journey into the game was similarly slow.

“I didn’t play football, I played tennis when I grew up,” she said.

“My older sister was very interested in football and her friends. I started to leave tennis just to follow my sister, decided to get in and play in their teams. I’m not really that good when I started.

“When my sister left for overseas, she never played soccer anymore, and I started playing soccer.”

Her younger sister has started playing football, too; like M.J., she’s following in the footsteps of the women in her community who blazed a trail before her.

Like many other Tongan women, M.J. started her football journey in primary school, and continued up through college. She’s in university now, studying media and music, and still plays for a club side every Saturday. Football has become part of her everyday life.

“I played [at another club] but they don’t train, so I went somewhere else just to build up,” she said.

“Even though I’m fat,” she laughed. “I can still play football because I love football.

“I love it because every sport, they usually use their hands, but football it’s just their feet. It’s so very interesting. We don’t usually use our hands, just our feet. It’s hard for us as a football player to keep training just for our feet, not our hands.” 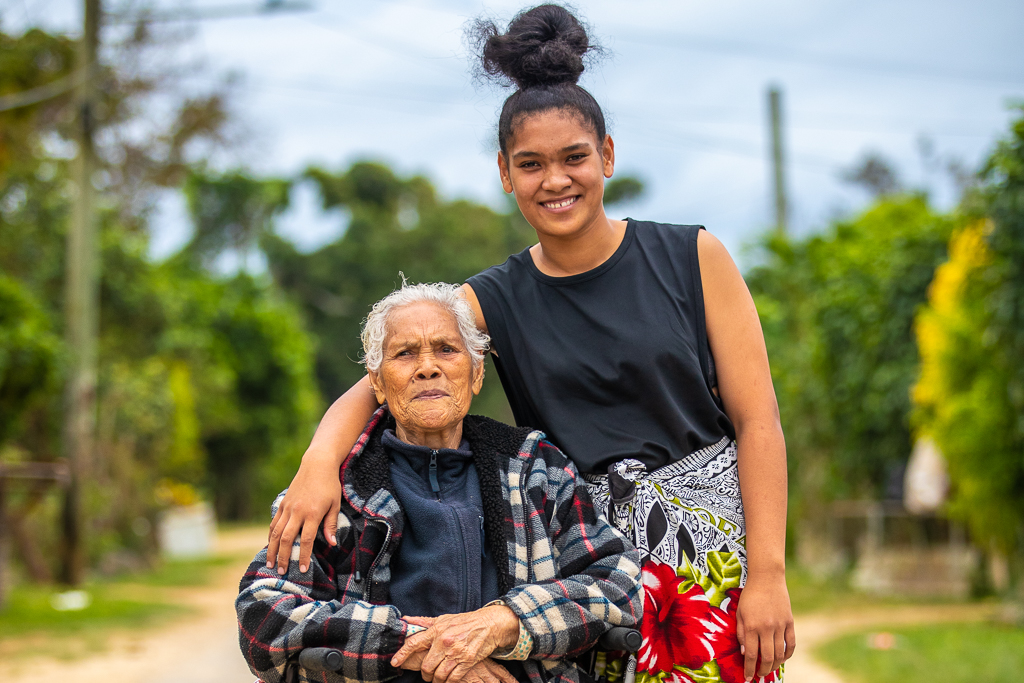 In December, when school is finished for the year, the whole nation gets behind the football tournaments that take place between the schools and villages across the island. Even other islands outside of Tonga want to be part of it, but a lack of funds and transport means they remain on the outer—for now.

The growth of women’s football around the world means that Tongan women are presented with more and more opportunities to play abroad.

One of Tonga’s U-19s players is based in New Zealand, on a scholarship. She’s one of the best players in the team, says M.J., and she comes back to Tonga just to represent them on the international stage.

International football is something that Tonga’s women’s team is particularly focused on.

“I just really want Tonga to beat New Zealand because every time we go to Oceania, it’s always New Zealand. We have to try our best to beat them so we can go through. We have to work very hard because New Zealand is working very hard, but we are just sleeping and relaxing,” M.J. said with a grin.

“I hope we get to another stage that is better from now. Even though Tongan girls’ soccer is way up here and boys is low, so if we keep on holding it and not go down, we will be better. As we get to a better stage, this is good for other generations coming up.”