The Futsalroos slipped to a 0-4 defeat against Costa Rica in an international friendly match at the Estadio Vicente Diaz in Bucaramanga.

Two goals in each half did the damage as the Australians were made to pay for conceding a plethora of soft fouls and coughing up possession.

However, despite the result, there were a number of positives to take from the friendly match with the Futsalroos creating a raft of presentable opportunities only to be denied by some excellent goalkeeping.

Costa Rica generate a number of chances in the opening half and, only some outstanding goalkeeping from Angelo Konstantinou kept the scoreline respectable at the break. The Central Americans domination of possession came largely due to the Futsalroos inability to stop a swift concession of fouls.

The Futsalroos were in foul trouble as early as the fifth minute leading to no fewer than four ten-metre penalties for Costa Rica, the first of which was brilliantly dispatched into the top corner of Konstantinou’s goal. The keeper saved two others whilst one was blazed wide.

At the other end Daniel Fogarty tested the Costa Rican goalkeeper’s alertness with a snap-shot and Greg Giovenali nearly struck an equaliser with a toed effort after the he had pounced on a loose ball just outside the penalty area.  Costa Rica extended their lead with the final kick of the half, profiting from a turnover to rifle home from the angle. 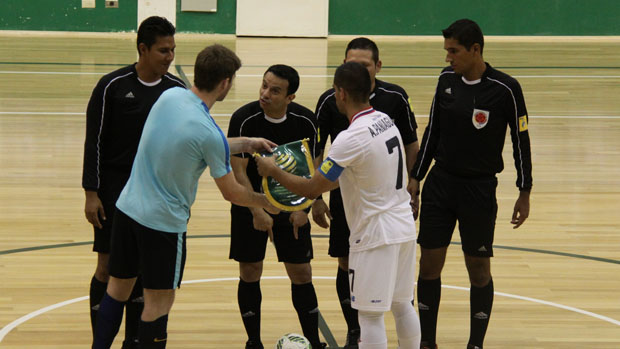 It was a much livelier Futsalroos that took to the field in the second half with Fogarty and Shervin Adeli both narrowly going close. Toby Seeto also threatened to get on the score-sheet with a brace of chances within minutes of each other but it was Costa Rica who struck the third when they dispossessed the Futsalroos close to goal and initiated a swift one-two that left replacement goalkeeper Roberto Maiorana helpless.

Costa Rica made it four in the final minute as Peter Spathis was beaten by a hooked volley from close range, especially unfortunate as the stopper had made two world class saves in quick succession to repel a late Costa Rican wave, only to see the ball fall to a lurking player who struck.

Head Coach Rob Varela acknowledged there was work to do afterwards but insisted that most of the damage caused by Costa Rica was self-inflicted.

“We were careless in possession and gave away far too many turnovers,” Varela said. “It was a sluggish start to the match and when you give away as many soft, and preventable, fouls early on then you are in foul trouble. 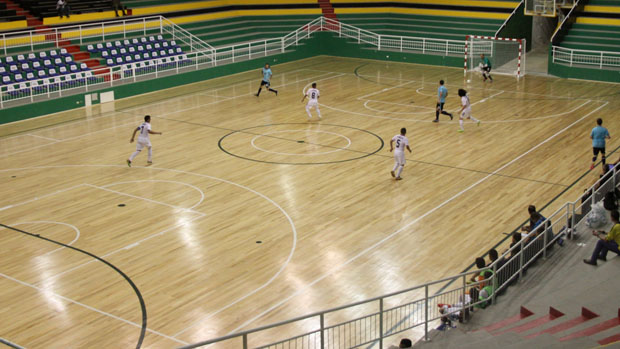 “With that in mind, it’s hard to play any cohesive Futsal. However, we were much brighter in the second half and we created plenty of chances. We do need to be more ruthless in front of goal though and increase our game management and that will come as we progress closer to the opening match.

“We are still working on our two key indicators which are not giving away possession and being strong in one-on-one defensive situations. We will continue to work on those areas in order to be in prime form ahead of the Mozambique encounter.”