France have been crowned 2018 FIFA World Cup™ winners after defeating Croatia 4-2 at the Luzhniki Stadium earlier this morning.

Australia's Group C opponents started the tournament in Russia sluggishly but have gone from strength to strength in the knockout rounds and were ultimately too strong for a spirited Croatia in Moscow's final.

It’s the second time the Didier Deschamps-coached side have hoisted the trophy in their history and arrives 20 years after the former midfielder led Les Bleus to glory as a player at the 1998 tournament.

Deschamps becomes the third man in history to win the trophy as a player and coach alongside Germany's Franz Beckenbauer and Brazil's Mario Zagallo.

The 49-year-old has attracted some criticism for wedding an exceptionally talented France squad with a safety-first approach, but that stance has seen Les Bleus muscle their way to the final in relentless fashion.

France were the second youngest team at the tournament behind Nigeria but only trailed for a total of nine minutes throughout their time in Russia.

In contrast, Croatia's path to the final had required comeback victories in each match of the knockout stages. Zlatko Dalic's team were chasing the game once again following an unfortunate own goal from Mario Mandzukic in the 18th minute.

Croatia quickly restored parity through a fine Ivan Perisic strike, but the attacker would be involved in the award of a France penalty ten minutes later when he was adjudged to have handled the ball in the box upon Video Assistant Referee review.

That left Antoine Griezmann to stroke home his fourth goal of the tournament from the penalty spot, ensuring Croatia conceded twice against the run of play inside the opening half. Griezmann's 37th minute spot kick was the first shot they had faced of any kind.

France grew into the contest as they have done throughout the tournament and were soon out of sight following goals from Paul Pogba and Kylian Mbappe. Mbappe was later named the Tournament's Best Young Player and his effort from distance saw him become the first teenager to score in a FIFA World Cup™ final since Pele in 1958.

A horror moment from France goalkeeper Hugo Lloris saw Mandzukic restore a glimmer of hope for Croatia but it was not enough to ignite another fightback. A thrilling finale offered as many goals as the previous four finals combined and provided a fitting end to a sensational tournament.

There was some faint consolation for Croatia when talismanic midfielder Luka Modric was awarded the Golden Ball for Player of the Tournament after the match. Belgium’s Eden Hazard finished the second-best player with France's Griezmann third.

Belgian gloveman Thibaut Courtois was awarded the Golden Glove for being the outstanding goalkeeper, while England forward Harry Kane clinched the Golden Boot with six goals ahead of Griezmann, Mbappe, Romelu Lukaku, Denis Cheryshev and Cristiano Ronaldo, who all finished on four. 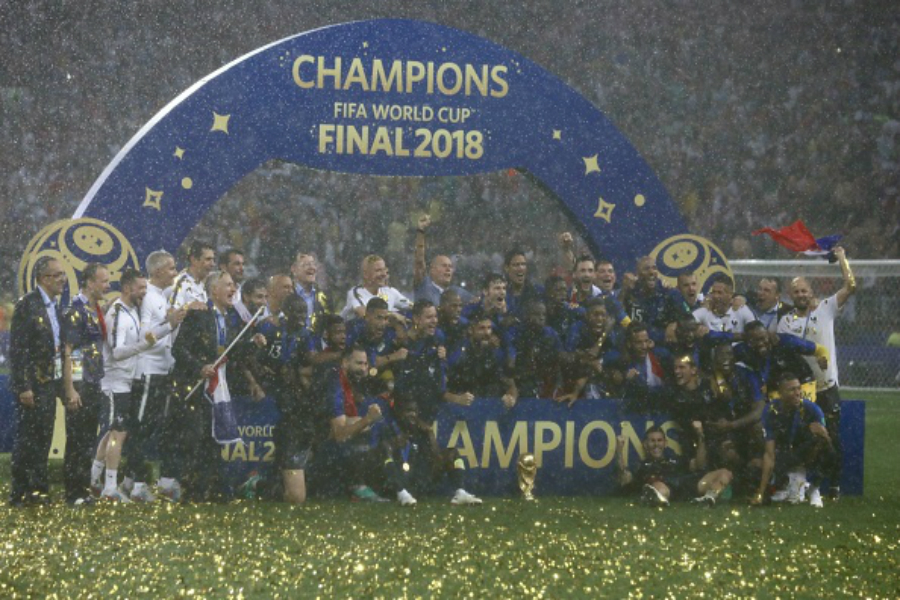 Mitch Duke says the regenerated Western Sydney Wanderers are ready to cause a stir in the Hyundai A-League Finals Series after they extended their unbeaten streak to four with an impressive 1-0 win over Sydney FC on Friday night. The Sky Blues have been virtually unstoppable a

Western Sydney Wanderers captain Mitch Duke was once again the difference in a Sydney Derby as his late headed goal handed his side a 1-0 win over Sydney FC at Netstrata Jubilee Stadium on Friday night. A Duke header was all that separated the two sides in Round 3 and this tim

‘Everyone wants to see them lose’: Baisden, Roar ready to shock City and sneak into finals

Brisbane Roar forward Rylee Baisden says her side are ready to hand Melbourne City their first loss of the campaign as they attempt to claw their way back into the top four in the final round of the season. Brisbane are in fifth position on the Westfield W-League table heading

Melbourne Victory boss Jeff Hopkins says his side are perfectly poised to snatch second spot on the Westfield W-League table from Sydney FC's grasp as the two sides meet in a final-round clash this weekend. While Sydney FC slumped to a shock 2-1 loss to Perth Glory in Round 13

The Socceroos last travelled to Perth in 2016 looking to continue their pursuit of a place at the 2018 FIFA World Cup, and took a strong step along the Road to Russia by clinching a tough 2-0 win over Iraq at HBF Park. Almost 19,000 fans filled the stands to watch the tightly