In a joint initiative, Football Federation Australia has teamed up with Fox Sports, EA Sports, PlayStation®4 and Westfield in the search to find Australia’s console champion.

The tournament headed to Westfield Kotara in Newcastle and Westfield Tuggerah on the NSW Central Coast, with the qualifying rounds seeking to unearth 16 of the best Ultimate Team masters.

Gamers were today joined by stars from Newcastle Jets and Central Coast Mariners as they represented their favourite Hyundai A-League club in the hope their quick wits - and thumbs - would be good enough to see them progress.

In Newcastle, Fox Sports' Andy Harper was on hand to see Jets fan Shannon take out the competition at Westfield Kotara.

In Tuggerah, Jake Nadilo took out a high-scoring final 4-2 to advance through to the national final.

The national final is set to take place on 29 April and will be broadcast live nationally on Fox Sports with match commentary from the Fox Sports football team.

Further adding to the appeal, PlayStation 4 will celebrate its National Premier Leagues partnership by giving one PS4 NPL player a prize of $5,000 and the opportunity to secure a wildcard place directly into the main event.

Click here  to find out how you can still be a part of this year's inaugural Fox Fans League event. 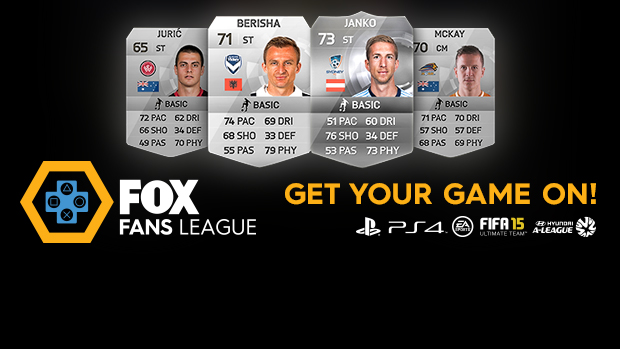