Since launching its XI Principles for the future of Australian football (‘XI Principles’) in 2020, Football Australia, driven by its desire to bring football back to the heart of the organisation, has led the most ambitious structural reform process the Australian game has ever seen.

Merrick’s appointment is another significant step in this reform process, which, among other milestones, has included the unbundling of the Professional Leagues, the establishment of a coordinated Domestic Match Calendar (DMC) which has laid the platform for the implementation of a modern and progressive transfer system, and the implementation of a national Club Licensing Framework.

As Chief Football Officer, Merrick – who has an extensive background in both player development and elite football coaching and was recently appointed as an Ambassador for Football Coaches Australia (FCA) – will play an integral role in advancing many of the key objectives expressed in the XI Principles as Football Australia seeks to disrupt Australian football’s technical vision and direction.

The role will also closely interface with Football Australia’s Performance Director and National Team coaches to coordinate a systemic football development continuum and pathways from beginner to elite high-performance.

Merrick, a two-time A-League Coach of the Year, said he’s looking forward to taking on a new role in the game – one that will enable him to embed his years of Australian and international football experience and expertise into the sport’s development and elite pathways.

“Australia as a nation is punching above its weight in world football,” Merrick said. “The Socceroos have qualified five times consecutively for the FIFA World Cup™, the CommBank Matildas are ranked 12th in the world, and there’s a FIFA Women’s World Cup™ on home soil to look forward to in under a year. However, we must continue to be ambitious and further develop, grow, innovate, and drive positive change.”

My challenge as Chief Football Officer is to assist in raising participation numbers and improve elite youth development and high-performance programs for both boys and girls. To increase the production of world class Australian players we need to review our football curriculum and development programs to benchmark ourselves against top-ranking nations.

“Training alone is not enough to develop elite performers and prepare them for Australia’s National Teams. As such, we will be placing further focus on working with our Member Federations and A-Leagues clubs to assist the growth of our best talent. 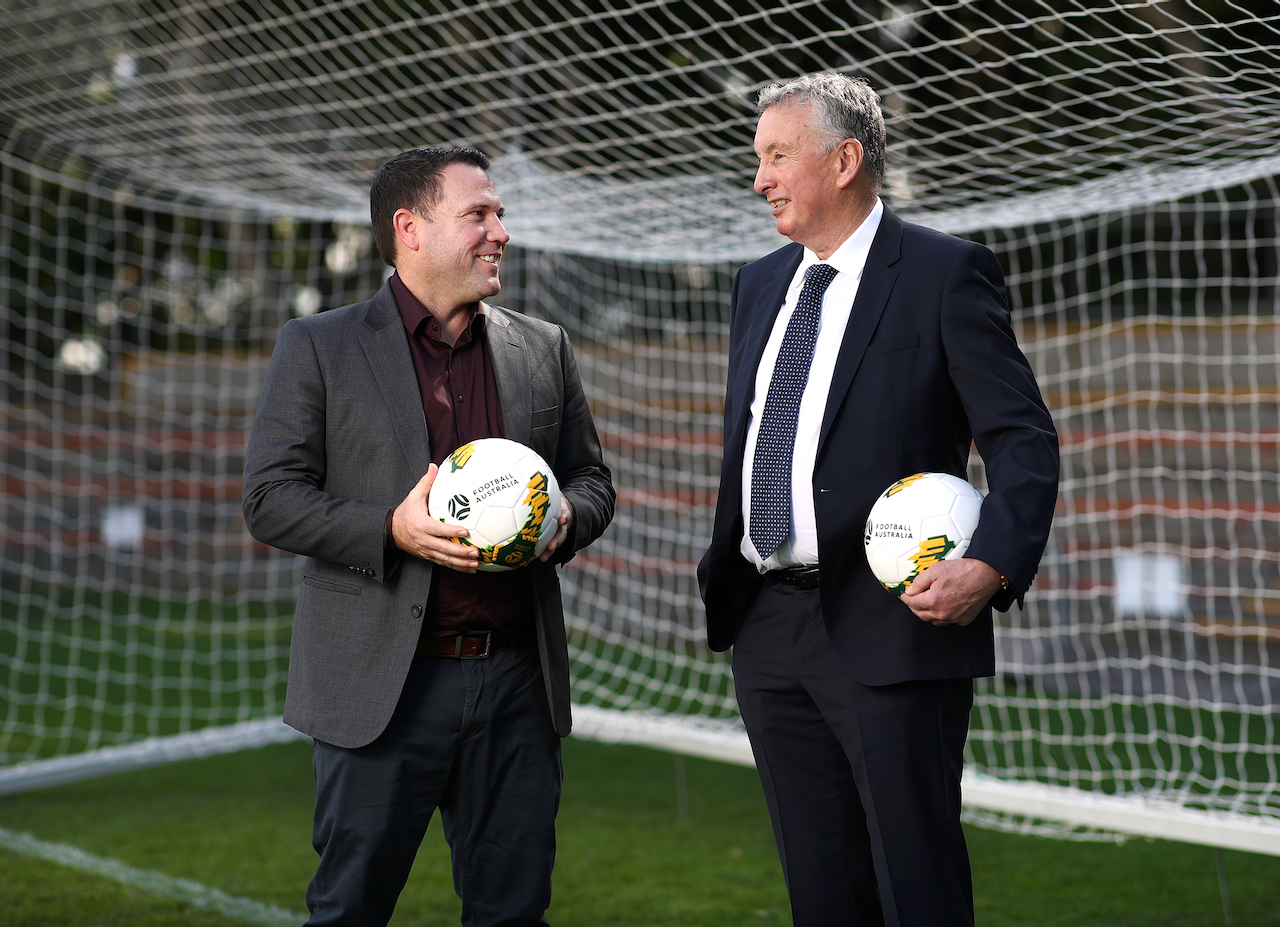 Football Australia Chief Executive Officer, James Johnson, said Merrick’s diverse range of experiences in the game, domestic and international network, and capacity to think strategically about Australian football’s unique challenges and opportunities made him the best candidate for the role.

“We are delighted to welcome Ernie (Merrick) to Football Australia in this crucial strategic football leadership position,” Johnson said. “Ernie is well-known to the Australian football family via his credentialed career, but one thing which impressed us was his commitment to his own professional development and the way he has continued to evolve himself to become more than just a successful football coach. It was this dedication and the way Ernie clearly demonstrated throughout the recruitment process his understanding of the need for Australia to reset its technical vision and strategies which drew us to him.”

“The Australian football ecosystem is unique in that we have to overcome many challenges not seen by other Football Associations around the world. The global football ecosystem also continues to evolve, and we have seen just how competitive our direct competitors throughout Asia have become. It is essential that we take the next step in our journey as a football nation. Our task is to create a bespoke and fit-for-purpose development ecosystem which addresses these challenges through building upon global best practice and innovative thinking.

“Since 2020, this new Football Australia administration has taken numerous steps to lay the foundation for football transformation to address the deep-rooted and complex player development challenges which have manifested over the past decade or so. Ernie’s appointment is another key piece of this journey as we set about disrupting our technical direction and setting new strategies to become a genuine global leader in player development.

“Ernie will work closely with our already very experienced technical and coaching teams, and we are excited about the contributions he will make to Football Australia and the game more broadly,” Johnson concluded.