FFA Cup Preview: Massive matchday two in the Round of 32

Six teams are through and Wednesday night will decide the fate of another eight sides when the FFA Cup returns with a blockbuster second matchday.

While the first week was all about the Member Federation clubs, there’s three Hyundai A-League clubs making an appearance this week with some big names across the board.

Here’s your complete preview of what to expect in all four games from Sydney to Melbourne, Cairns to Adelaide.

Rockdale are sat comfortably inside the NPL NSW top five and had a tough run to the Round of 32 which included matchups against rivals Sydney United 58 and Blacktown City.

Reid also doubles as the Suns' head coach and has a foot in the Sydney FC camp too. He is the club’s Community Football Officer.

For the Sky Blues, it’s a first competitive hit-out under Steve Corica who has stepped into the role vacated by the incoming Caltex Socceroos' boss Graham Arnold.

In the midst of a gruelling Hyundai A-League pre-season, Sydney FC has played just two matches under Corica: both friendly wins over Dunbar Rovers and Sutherland Sharks.

It’s a good chance for some of the younger men in Sydney colours to make an impression. New signing Daniel De Silva is expected to start the match, as is 21-year-old defender Ben Warland.

One of only two all-NPL clashes on the FFA Cup’s second matchday, this one sees Charlestown City Blues take a 10-and-a-half-hour road trip south.

Their first-placed finish last season means they didn’t have the task of playing qualifiers for this year’s Round of 32, which could be a factor as to why they’re flying so high.

In one of the country’s strongest NPL competitions, Heidelberg is almost making it look easy. They’ve scored the most goals and conceded the least of any in the division, and with the likes of Tom Cahill and Adrian Zahra it will be a big task for the visitors.

Charlestown recruited strongly at the beginning of their NPL Northern NSW season, but a slew of injuries has seen them go on a miserable run of form and slip out of the league’s top four.

Their big name is former Hyundai A-League and Caltex Socceroos man Ljubo Milicevic, but it’s unlikely he’ll even make the trip south as he struggles to overcome a knee injury he sustained some weeks ago.

It’s Charlestown’s first ever time on the national stage, and they’ll be hoping they can match their Northern NSW counterparts Broadmeadow Magic and go one step further. It is a huge ask against one of the country’s strongest member federation clubs.

It is potentially the longest ever journey to be made in the FFA Cup – a distance of over 5000 kilometres separates these two sides who will go head-to-head this Wednesday night.

Cairns FC will be hoping that a positive cup run can take some of the edge off a none-too-flashy NPL Queensland season thus far.

The side are currently mid-table in their domestic league in Queensland and will be looking to go beyond the Round of 32 for the first time.

One player who could help them do just that is front man Joshua Taylor. He’s scored 20 league goals for the club so far this season.

Armadale is in a similar position to their FFA Cup counterparts in their own division – sat seventh on the NPL WA ladder with little hope of making an impact in the finals.

Of the sides outside the top four in the NPL WA, Armadale has been the most lethal with 41 goals to their name. Almost half of those belong to one man though – striker Chris Jackson.

It’s a debut appearance for Armadale on the national stage, and they’ll be hoping to put their best foot forward. What will be interesting to note is whether or not the travel has any impact.

The first all-Hyundai A-League clash of the competition, this one pits two clubs against one another who will be looking to make big impressions ahead of the upcoming season.

It’s a second home match in the Round of 32 in as many seasons for Adelaide United, who put Newcastle Jets to the sword and won 1-0 last year on their way to the FFA Cup final.

They fell 2-1 to Sydney FC in extra time in that match and will be hoping to go on a similar run this season – potentially one better.

One to keep an eye on for Adelaide on Wednesday night is left-sided winger Craig Goodwin. He’s back in Australia for the first time since 2016 and with a point to prove.

All eyes will be on Central Coast Mariners, who are entering the tournament as an unknown quantity given a raft of off-season departures.

The furthest the Mariners have ever gone in the Cup is the semi-finals, and that was back in 2014. They were shocked by Blacktown City last season in the Round of 32 and will be out to ensure that doesn’t happen again. 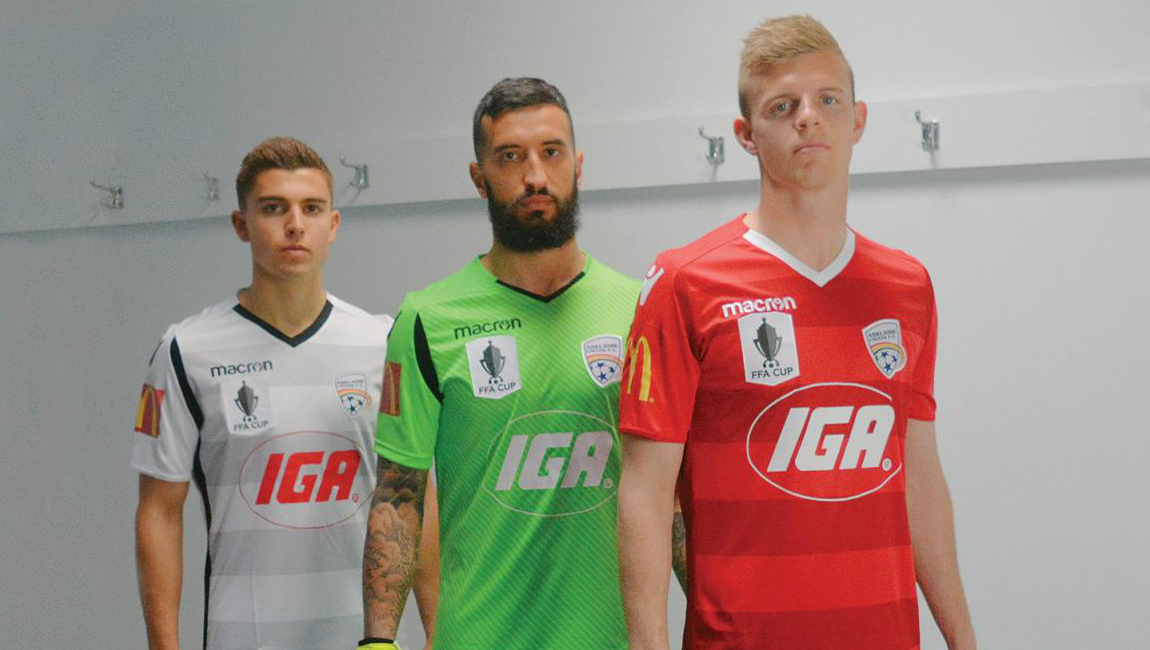