Mileusnic pays tribute, Izzo does a Djite - FFA Cup moments you might have missed

Jordan Elsey may not have been on the Coopers Stadium pitch in person but he certainly was in spirit thanks to Nikola Mileusnic.

Elsey joined the FFA Cup winning celebrations after Adelaide’s 4-0 demolition of Melbourne City after a knee injury ruled him out of the showpiece game.

But the 25-year-old defender was in the Reds’ thoughts when Mileusnic tapped in Ben Halloran’s cross to become the first player to score in two FFA Cup Finals. 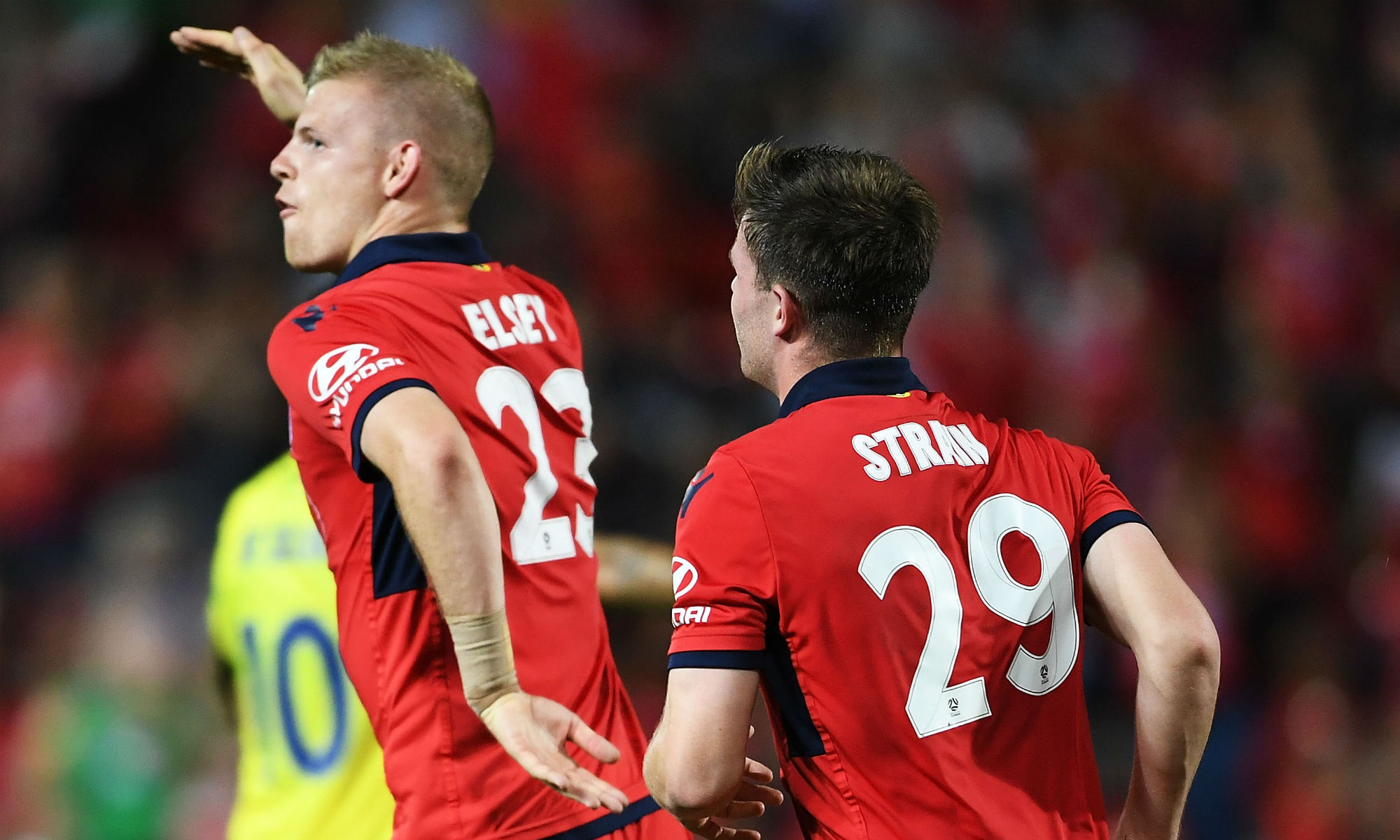 Catch up with the rest of the moments you may have missed from around Coopers Stadium and on social media following a historic day in the City of Churches.

Always finish on a song

It was almost like we had been here before. Because we had!

Craig Goodwin, Isaias and Marco Kurz may not have been present this time around, but Gertjan Verbeek, Riley McGree, Al Hassan Toure and company will have won over plenty of Reds fans with a destructive display against City.

Elsey led the chanting with the Adelaide faithful and there's every chance that party carried on long into the night!

Dancing on the ceiling

Mileusnic's tribute to Elsey wasn't the only homage of the evening.

Being between the posts is very much goalkeeper Paul Izzo's domain. Being on top of them is another story altogether.

But just as Bruce Djite did when the Reds lifted the inaugural FFA Cup five years ago, Izzo was up on top of the crossbar to keep the party flowing!

The good news for Izzo is he was not going to get in trouble with the club's Director of Football.

Especially when the man in charge of football operations was the originator of that move at Coopers Stadium!

There's every chance Verbeek was watching through closed fingers, with baited, breath as the carnival continued in the Coopers Stadium sheds.

The last thing he Dutch coach needs is a player missing Hyundai A-League time with a tweaked ankle due to a beer slipway.

But there was no holding the Reds back after winning an unprecedented third FFA Cup and becoming the first ever back-to-back champions!

They may not yet have recorded a victory in the Hyundai A-League but the feel-good factor is back in Hindmarsh.