As she rivals the Westfield W-League's finest for the Golden Boot, Veronica Latsko seems certain to top one of the competition's more unique statistics: koalas cuddled.

The 23-year-old American has taken to appreciating Australia's native wildlife as easily as she has found scoring for Adelaide United.

Her six goals in as many appearances in the Westfield W-League 2018/19 season are the hallmarks of a player who has adapted seamlessly during her initial months Down Under.

"I love it. It's beautiful, the weather is amazing. I didn't think weather could be this nice all the time," Latsko told w-league.com.au.

"The team is amazing, the girls are wonderful and, honestly, the koalas are absolutely stunning. Every time I see one I think I tear up a little bit!

"I had a couple of team-mates that had played for Adelaide and they had amazing things to say about it.

"They said the girls were great and the city was fantastic. They pretty much sold me on it as soon as they said all of that.

"And it's a chance to play soccer year-round, which you don't really get all the time. I'm super grateful for this opportunity."

Though she sits level with established stars Sam Kerr and Natasha Dowie atop the competition's scoring tally, Latsko insists her sole focus is on assisting Adelaide in the club's bid to break through for a maiden Finals Series berth.

The Pennsylvania-born forward, on loan from Houston Dash, believes the Reds' impressive run of just one defeat in six fixtures can be attributed to the togetherness of a selfless squad.

Latsko arrived at the club alongside Houston team-mate Amber Brooks and quickly forged strong bonds in a team which is on the rise under Ivan Karlovic.

"Everybody just seems very together, very committed towards the team.

"Girls willing to work for each other and not just the individual, you don't really see that a lot.

"Especially when you get to the professional environment, you get a sense of more individuality.

"On this team I get a sense of camaraderie instead. It's an incredible culture and I love it."

The moments in between troubling defenders, meeting koalas and studying to sit the LSAT (Law School Admission Test) back in the United States have enabled Latsko to undertake another of Australia's great pastimes: becoming a coffee aficionado.

Her cafe findings and other musings are detailed in the entertaining 'Ventures with V' blog, which makes for essential reading for Westfield W-League fans.

"I love writing. It's something just to stimulate the mind," the University of Virginia product said.

"When you have a lot of free time and you're just playing soccer it's nice to use your brain a little bit.

"Just writing about my experiences here is nice, it's a way to capture moments as memories and all the amazing things I get to do and amazing people I meet while I'm here.

"Playing under lights is always something I like to do and that stadium is beautiful, and getting the win was just the cherry on top.

"That was probably one of my favourite memories so far. And holding a koala!" 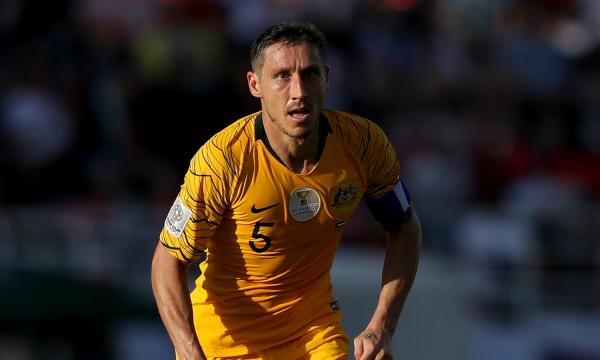