Countdown to the Women's World Cup: 9 days to go

The FIFA Women's World Cup France 2019™ is almost with us, with just nine days to go until the tournament kicks off at Parc des Princes in Paris.

The opening fixture will see hosts France take on Korea Republic at 9.00pm local time on 7 June (5.00am, 8 June, AEST), with the Westfield Matildas in action for the first time when they face Italy in Valenciennes on 9 June at 1.00pm local time (9.00pm AEST).

www.matildas.com.au is running a series of features counting down the days until the Westfield Matildas begin their seventh World Cup challenge, continuing today with No.9... 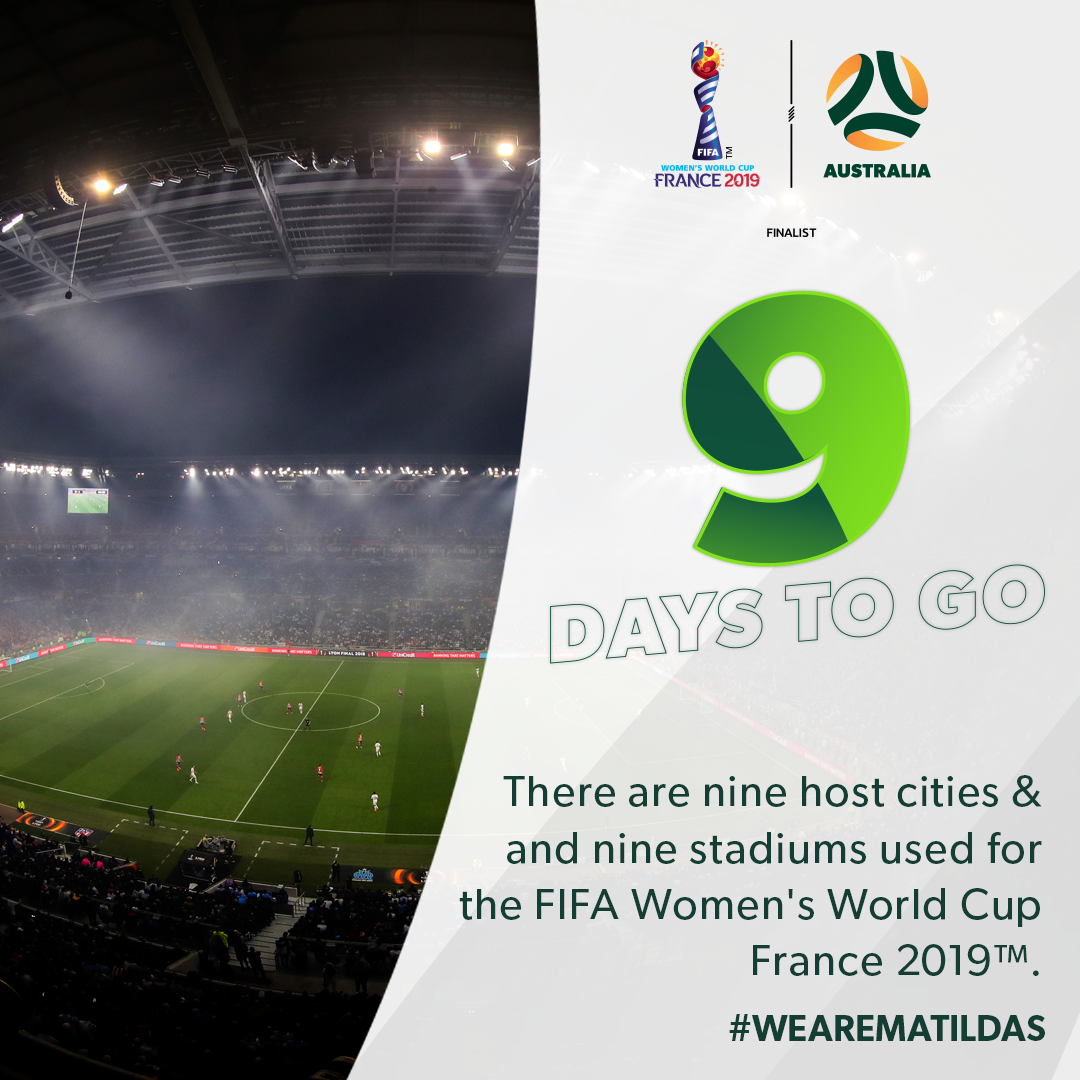 Fifty-two matches take place across a month during the 2019 FIFA Women's World Cup in France, and there will be nine different stadiums used across that time.

Ante Milicic's side will bring their group matches to a close by tackling Jamaica at the Stade des Alpes in the picturesque ski-resort city of Grenoble on Wednesday 19 June (AEST).

The tournament climaxes in the central city of Lyon, close to the Swiss border, which hosts both semi-finals and the final.

From Rennes and Le Havre in the north, to Montpellier and Nice in the glamorous south, teams at the FIFA Women's World Cup France 2019™ will entertain fans across nine different stadiums during the course of the competition. They are: