Football Australia today welcomed NSW Government’s announcement to increase the venue capacity of CommBank Stadium to 75% or 22,500 for the Commonwealth Bank Matildas two-match series against Brazil on Saturday 23 and Tuesday 26 October.

This announcement also coincides with New South Wales reaching a double vaccination rate of 70% of all people aged 16 and over in advance of these fixtures, with football now leading the way in NSW’s reopening plans. 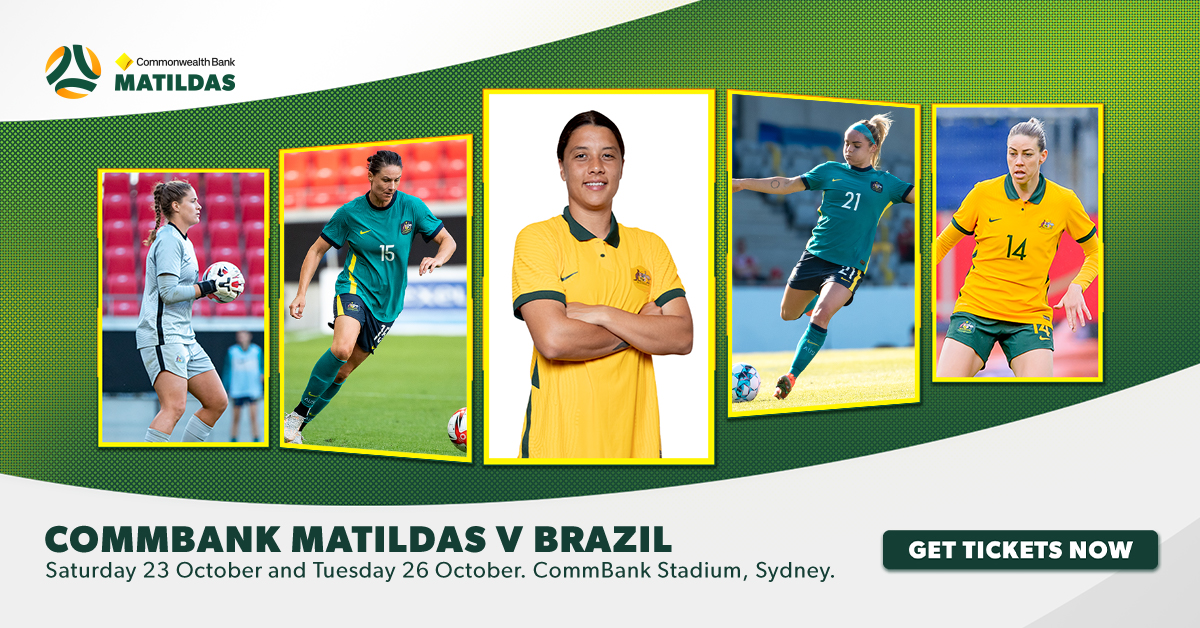 Football Australia Chief Executive Officer, James Johnson was delighted with this announcement which will see the Commonwealth Bank Matildas play on home soil for the first time in over 18 months.

“Today’s announcement to increase the venue capacity at CommBank Stadium for the Commonwealth Bank Matildas’ two-match series against Brazil next week to 75% of the venue’s 30,000 capacity, is another groundbreaking announcement for Australian football following the NSW Government’s approval of our submission to host these matches in Sydney within the 14-day mandatory quarantine period.

“This now means that more NSW-based fans will be able to see their favourite national women’s team live once again, and also paves the way for Sydney to host the Socceroos’ crucial home AFC Asian Qualifier – Road to Qatar match against Saudi Arabia on 11 November.

“The Commonwealth Bank Matildas are also presented with an opportunity to break their last attendance record set at the same venue back in November 2019, when 20,029 fans attended.”

“We are delighted that Australian football has paved the way for international sport to be played in Australia under these new arrangements and that we can continue to support NSW Government in its efforts to reopen the State,” Johnson said.

With the initial ticket allocation exhausted on the same day they were released on Tuesday this week, the next ticket allocation will be announced shortly which will see both matches being able to reach a reduced venue capacity of 22,500.