One of the great rivalries in modern international football will add another chapter to its story in October.

The Commonwealth Bank Matildas and Brazil will renew hostilities at CommBank Stadium in Western Sydney on October 23 and 26.

While these are friendly games, matches between these two are always all-or-nothing clashes.

Brazil is always there. At World Cups, at Olympics. It’s Australia v Brazil.

Since 1988 at the FIFA Women’s Invitation tournament, the teams have done battle. On that day, at the pre-cursor to the FIFA Women’s World Cup, Janine Riddington’s audacious chip over the ‘keeper in her national team debut secured the Aussies the win.

The teams continued to meet sporadically in the 1990s. Then at Sydney 2000 and Athens 2004 – Brazil taking bragging rights in those matches.

The Commonwealth Bank Matildas had a historic run at the FIFA Women’s World Cup that was brought to a halt at the quarter-final stage by Brazil – As Canarinhas winning 3-2 in China.

Four years passed and another major tournament meant another meeting between Australia and Brazil. Once again it was the South American side that would come away victorious, recording a 1-0 win at the FIFA Women’s World Cup in Germany.

However, for many fans, the birth of the rivalry can be traced back to Moncton, Canada.

In the stands in Canada and on couches around Australia, Commonwealth Bank Matildas fans witnessed Kyah Simon once again etch her name into the folklore of Australian women’s football.

The 1-0 win over Brazil at the FIFA Women’s World Cup in 2015 was Australia’s first win in a knockout game at the tournament.

WATCH: Breaking the Lines, brought to you by Rebel

READ: The Commonwealth Bank Matildas to headline return of major events to NSW in October

It was a heartbreaking defeat, on penalties no less, against the home nation which cut short the team’s Olympic campaign.

But that defeat was the last time Australia lost to the Brazilians with the Commonwealth Bank Matildas enjoying a five-game winning streak.

Within those five games, the national team has grown and exploded in a number of positive ways.

Two Tournament of Nations victories in 2017 and 2018 showed the result in Canada was no fluke. The Miracle of Montpellier at the 2019 FIFA Women’s World Cup was one of the most entertaining matches of the whole tournament and another lively chapter in the story of this rivalry.

But two of the most important matches were arguably the friendlies in New South Wales in 2017. 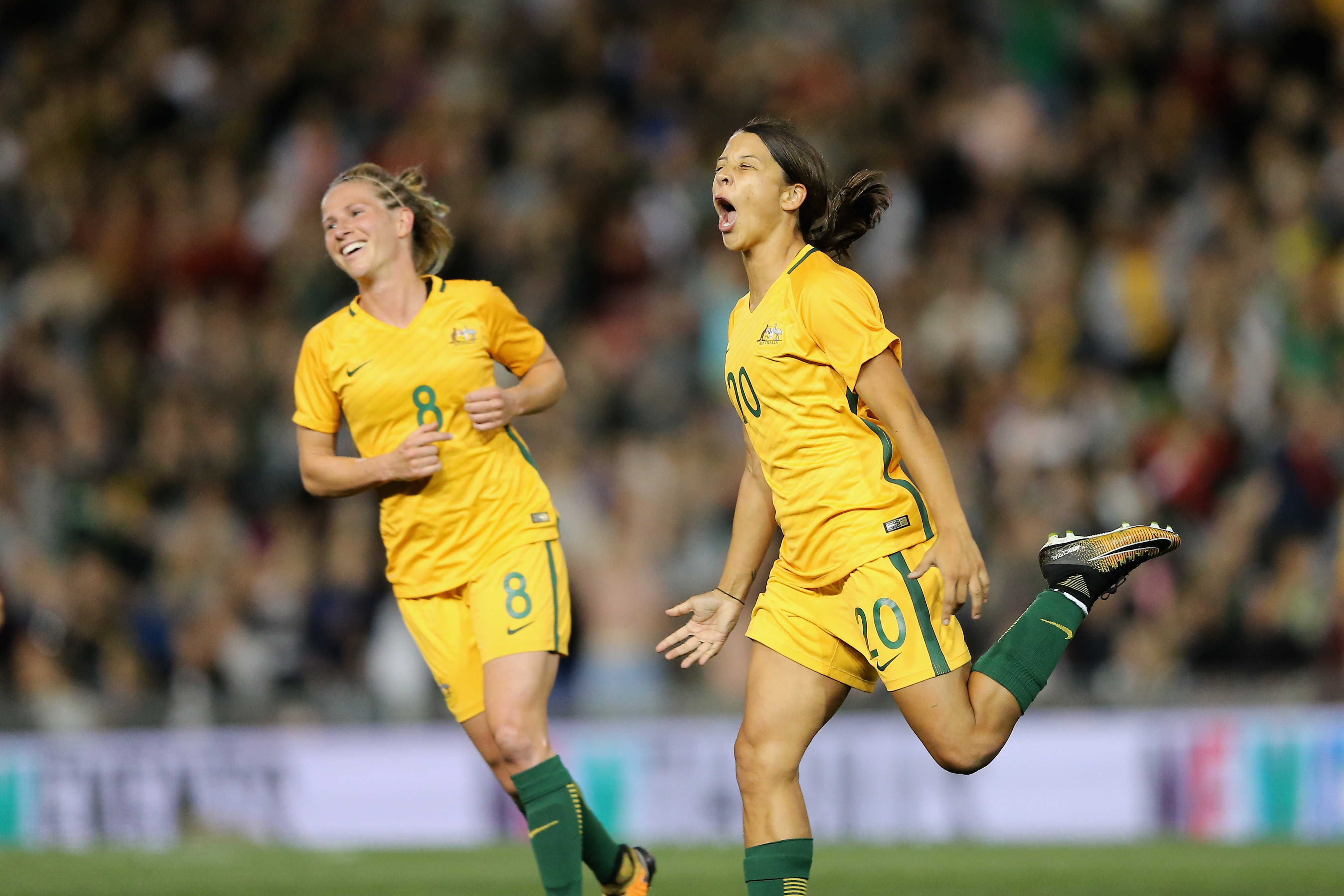 For many, the 2017 matches signal the Commonwealth Bank Matildas arriving not only in the conscience of the football public but of the wider sporting public.

Jerseys with Commonwealth Bank Matildas names and numbers were in the crowd, young kids were watching the action on the pitch and hoping to emulate their heroes.

These games had value both on and off the park.

And so it is fitting that the Commonwealth Bank Matildas' return to home soil features more games against their great rivals, Brazil.

Australia and Brazil don’t do boring matches. There are goals and there’s controversy. There is respect and rivalry.

Coming up against Brazil evokes a reaction, these games mean something. Winning feels great, losing hurts that little bit more.

This next chapter promises to be just as thrilling and exciting as the last.