Celebrations marking ‘One Year To Go’ until the FIFA Women’s World Cup 2023 kicked off with a cultural lighting ceremony at dawn in Hamilton/Kirikiriroa, New Zealand, followed by the unveiling of a Unity Pitch in Sydney/Gadigal, Australia and coordinated evening light shows across the tournament’s nine Host Cities.

A Unity Pitch located on Barangaroo Reserve in Sydney/Gadigal was unveiled by FIFA Secretary General Fatma Samoura to mark the milestone date on the road to the FIFA Women’s World Cup 2023. Created with the tournament’s colourful livery in mind, it will be open to the public and local football groups until 24 July, before touring each of the tournament’s nine Host Cities over the next year. A Unity Pitch will be gifted to both Host Countries, Australia and New Zealand, as part of FIFA’s commitment to leave a lasting legacy in the region.

“Today is a great day in the build-up to the ninth edition of the FIFA Women’s World Cup. The excitement at the lighting ceremony in Hamilton/Kirikiriroa and the enthusiasm around women’s football here at Barangaroo Reserve for the unveiling of the Unity Pitch is wonderful and this support and passion will make the FIFA Women’s World Cup truly unforgettable. This competition will provide a platform to inspire and unite through the power of women’s football and FIFA, together with the host countries, looks forward to welcoming players and fans from around the world and going Beyond Greatness together in 2023.” 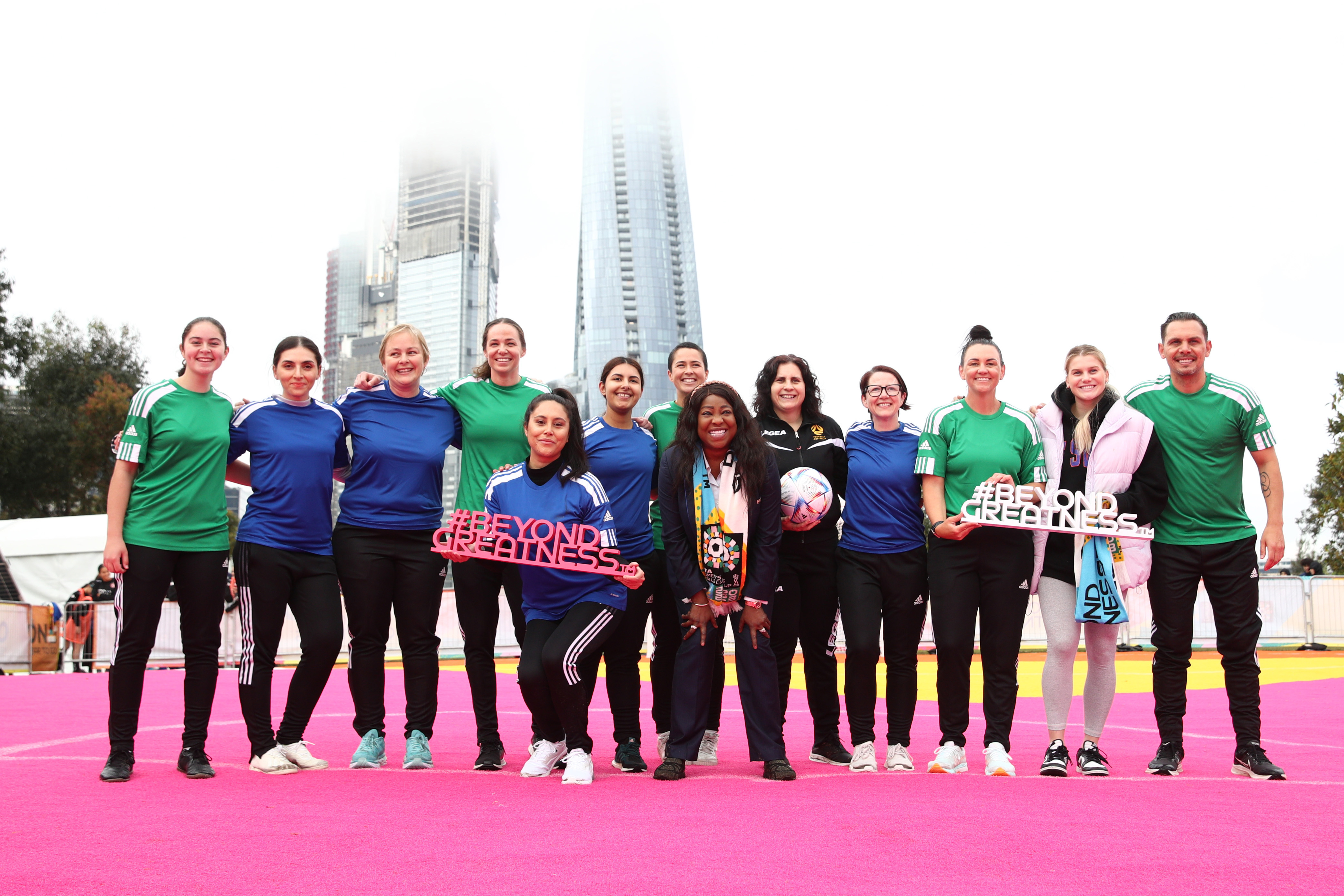 FIFA also announced today that tickets for the FIFA Women’s World Cup will go on sale online from 6 October with tickets starting from $20 for adults and $10 for children.

“Today is a hugely exciting milestone and with qualifications taking place around the world for the competition, more community spaces for women and girls to play football, and tickets about to be released, FIFA is hugely excited to see women’s football go Beyond Greatness in 2023.”

Following on from the events in Hamilton/Kirikiriroa, New Zealand and Sydney/Gadigal, Australia, iconic locations such as the Harbour Bridge and Sky Tower in Auckland/Tāmaki Makaurau, and Parliament buildings in Wellington/Te Whanganui-a-Tara, as well as locations in Melbourne/Naarm, Brisbane/Meaanjin, Adelaide/Tarntanya, Perth/Boorloo and Dunedin/ Ōtepoti were lit up to celebrate ‘One Year to Go’ until the biggest competition in women’s football comes to the Southern Hemisphere.

Full ticketing details and pricing will be announced closer to the on-sale date. To register your interest, please visit FIFA.com/beyondgreatness

For the latest news and information on the tournament, visit FIFA.com/womensworldcup or use the hashtags #FIFAWWC and #BeyondGreatness.