Maty Ryan’s Brighton & Hove Albion will be looking to inflict a first defeat of the season on Everton in the Premier League, Mitch Langerak and Thomas Deng will do battle in the J League while Ajdin Hrustic could make his Bundesliga debut for Eintracht Frankfurt.

Ryan’s Brighton & Hove Albion have a meeting with undefeated Everton at Goodison Park on Sunday at 12am.

Brighton have begun their season with two defeats and one victory, they would have felt hard done by in their fixture against Manchester United with a 97th penalty handing the Red Devils the three points.

This weekend’s clash with Everton could prove a tricky one with the Toffees undefeated from their first three matches.

Ryan and his defence will have to keep an eye out for new arrival James Rodriguez as well as striker Dominic Calvert-Lewin who has already got on the scoresheet five times this campaign.

In the Scottish Premiership, Martin Boyle and his Hibernian will face off against Hamilton Academical at 4:45am on Saturday.

Boyle’s side enter this fixture on the back of two high profile matches against Rangers and Celtic in which they managed to pick up just the solitary point.

The Edinburgh-based club have Aberdeen breathing down their necks in 4th place, only two points behind them with two matches in hand.

Awer Mabil’s Midtjylland will be going in search of back-to-back league wins in the Danish Superligaen when they travel to Horsens at 3am on Monday.

Mabil’s side celebrated a milestone achievement on Thursday morning after they qualified for the UEFA Champions League for the first time in their history.

They will have to refocus as they look to get the job done against Horsens who prop up the ladder. 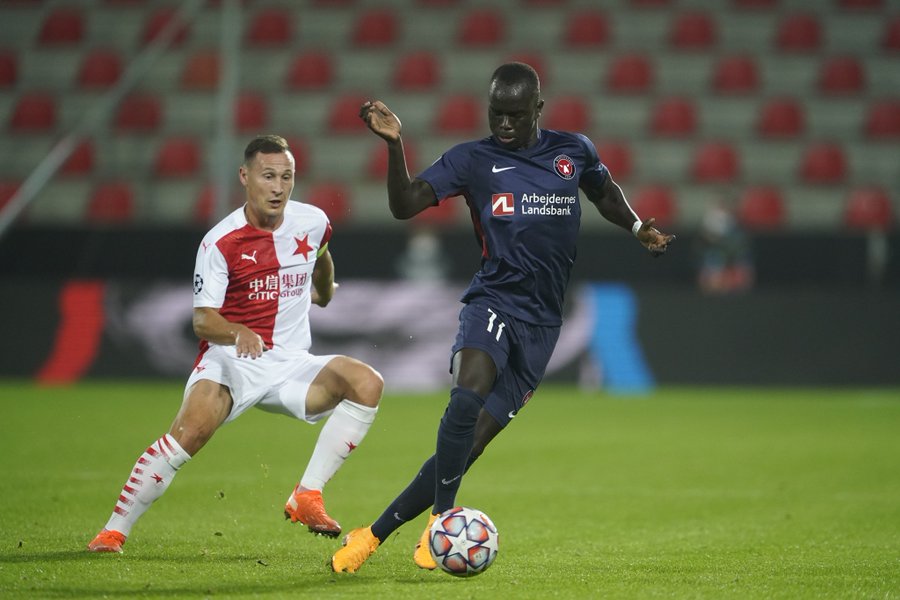 Both sides enter this clash on the back of defeats with Urawa going down 1-0 to FC Tokyo on Wednesday night while Grampus lost to Vissel Kobe by the same scoreline.

Langerak’s side occupy fifth spot on the table while Deng’s team are three points worse off and sit in 9th position.

An Urawa win will see them go equal on points with Nagoya but it won’t be enough for them to leapfrog them due to their superior goal differential.

Heading to Germany where Ajdin Hrustic could be set to make his debut for Eintracht Frankfurt when they entertain high-flyers Hoffenheim at 11:30pm on Saturday.

Hrustic arrived at Eintracht on a three-year deal from Dutch side Groningen earlier this week and could be slotted straight into the starting line-up for his side’s upcoming encounter.

Like Hoffenheim, Frankfurt are undefeated after the first two rounds of the season.

Mathew Leckie will be hoping to gear up for Hertha Berlin as they prepare to welcome heavyweights Bayern Munich to the capital at 3am on Monday.

A slight knock ruled Leckie out of Hertha’s defeat to Frankfurt last Saturday but he’ll back in contention this weekend as his side take on a wounded Munich who went down 4-1 to Hoffenheim last round.

Heading to the English Championship, Harry Souttar will be hoping to feature for Stoke City when they take on Birmingham City at 1am on Monday.

Souttar was unstoppable in Potters’ defence last time out as they earnt their first league cleansheet of the season.

His League Cup form has caught plenty of admirers and he will be aiming to keep his fourth cleansheet of the season when his side come up against the undefeated Blues.

Massimo Luongo will be lining up against his former club on Sunday as his Sheffield Wednesday host QPR at 12am.

Despite Wednesday’s defeat to Bristol last weekend, Luongo has gained plaudits from across England for his dominant performance in the Owls’ engine room.

In the Dutch Eredivisie, Daniel Arzani’s FC Utrecht will go head to head against SC Heerenveen at 4am on Saturday.

The Socceroos winger helped himself to an assist in his side’s 3-1 win against Waalwijk last weekend and could be selected in Utrecht’s starting eleven as they battle it out against an undefeated Heerenveen outfit who have conceded just once this campaign.

Heading to the Greek Super League where James Jeggo will be in action for Aris Thessaloniki when they travel to Panathinaikos at 12am on Monday.

Jeggo’s side sit top of the Greek top flight with two wins and a draw collected from their three matches while Panathinaikos occupy 10th position with a draw and a defeat from their two league ties.

Apostolos Giannou’s OFI Crete face off against PAOK Thessaloniki at 2:15am on Monday.

In Korea, Adam Taggart’s Suwon Bluewings will battle it out against Incheon United in the K League at 9pm on Sunday.

Their upcoming opponents picked up their biggest win of the campaign last time out as they smashed Seongnam 6-0, which was enough to see them move off the foot of the table.

Brandon Borrello will be featuring for Fortuna Dusseldorf in their 2. Bundesliga affair against Holstein Kiel at 10:30pm on Sunday.

Dusseldorf were on the right end of a 1-0 scoreline last time out while Kiel were held to a 0-0 draw against Eintracht Braunschweig.

Moving to the English League One, Bailey Wright and his Sunderland will be hoping to keep their unbeaten record intact when they meet Charlton Athletic next Sunday at 12am.

Charlton have suffered back-to-back league defeats while the Black Cats come into this on the back of a two match winning streak in which they have not conceded.

Brad Smith will be in action for Seattle Sounders in the Major Soccer League (MLS) on Sunday when they entertain Vancouver Whitecaps at 1pm.

The Aussie left back made his second debut for the club against LA Galaxy on Monday as they raced to a 3-1 victory.

The Sounders appear on course to top the western conference with the side already leading the pack.