Maty Ryan and Aaron Mooy’s Brighton and Hove Albion made a dream start to the new Premier League season with an emphatic 3-0 victory against Watford.

Javi Gracia’s Hornets finished 14 points and six places ahead of the Seagulls in the 2018/19 campaign but the home side were no match for Graham Potter’s visitors.

New boss Potter built a reputation for free-flowing, attacking football during eight years at Swedish club Östersund and a season in the Championship with Swansea City, and his new side quickly adapted to his methods at Vicarage Road.

New signings Mooy, Neal Maupay, Leandro Trossard and Adam Webster all started on the bench, as the away side went ahead when Pascal Gross’ cross was turned into his own net by Abdoulaye Doucoure on 26 minutes.

With the assistance of captain Lewis Dunk, Ryan blocked a close-range drive from Lee Hughes before the 27-year-old gloveman tipped away Jose Holebas’ curling free-kick and stood firm to save Andre Gray’s driven shot.

Potter added the magic touch when a double switch paid off, with both of his 64th-minute substitutes scoring.

Ryan palmed Craig Dawson’s header on to the post as the Seagulls shut down the Hornets, much to the delight of their new manager.

"To score three away from home and not concede is a dream," Potter told BBC Sport.

"The preparation was first class. Overall I thought we tried to do what we set out to do and then you just need a bit of luck and quality.”

Unused substitute Mooy will have to wait to make his Brighton bow. The Seagulls host West Ham next weekend.

It was also a weekend to celebrate for Jackson Irvine, who kick-started Hull City’s 2019/20 campaign with a goal and three points against Reading.

His in-swinging cross was attacked by Irvine and the Caltex Socceroos midfielder headed Grant McCann’s side into a two-goal lead.

Royals debutant Lucas Joao handed the visitors a lifeline on 66 minutes and City clung on to secure three points after George Puscas’ late effort cannoned back off the crossbar.

"I think my team showed both sides of us today. I thought first half we were excellent,” McCann said.

"The second half I thought we showed a real dogged and rugged performance to keep the win."

In other Championship action, Massimo Luongo made his Sheffield Wednesdaay debut as a late substitute in the Owls’ 2-0 win over Barnsley.

Fellow new boy Jacob Murphy put the home side in front after two minutes at Hillsborough and Steven Fletcher doubled the advantage on the hour. Luongo was sent on by manager Lee Bullen to replace Kieran Lee in the 80th minute.

Bailey Wright’s Bristol City snatched a point away from home against Birmingham City.

The Blues went ahead through Lukas Jutkiewicz on 64 minutes, but a late equaliser from Tommy Rowe earned the Robins a share of the points.

In League One, Mark Milligan and Southend United suffered back-to-back defeats following a 3-1 reverse at home against ten-man Blackpool.

The Shrimpers got off to the worst possible start, finding themselves three down at half-time through Harry Lennon’s ninth-minute own goal and a double from Nathan Delfouneso.

Tangerines defender James Husband saw red on 60 minutes but the hosts were only able to get one goal back at Roots Hall through Simon Cox.

Brandon Borrello started as SC Freiburg sealed an extra-time win at FC Magdeburg to advance to the second round of Germany’s DFB Cup.

A 93rd-minute strike from Germany Under-21 international Luca Waldschmidt sealed the Bundesliga club’s progress against their third-tier opponents. 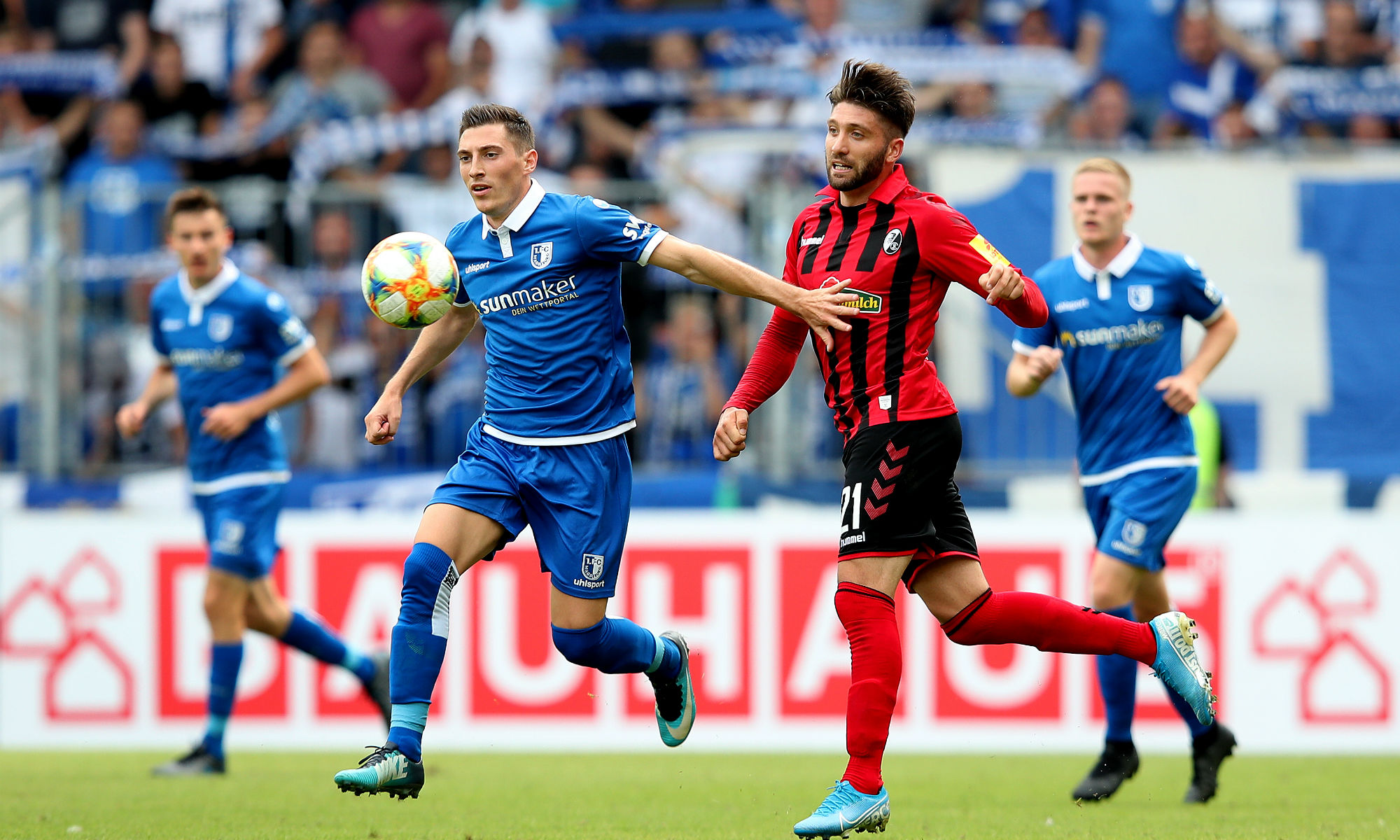 Elsewhere in Europe, Milos Degenek came on as a half-time substitute as Red Star Belgrade clinched a 2-0 victory against Mladost Lucani on Friday night.

First-half goals from Milos Vulic and Milan Jevtovic did the damage as Crvena Zvezda made it three wins from three in the Serbian Super Liga.

Ryuji Izumi scored two goals in the space of seven minutes to put the J-League’s ninth-placed team in the ascendancy before Naomi Maeda’s second-half strike made it three.

Shogo Taniguchi was dismissed for the title contenders as Langerak racked up five saves on his way to securing the shut out. 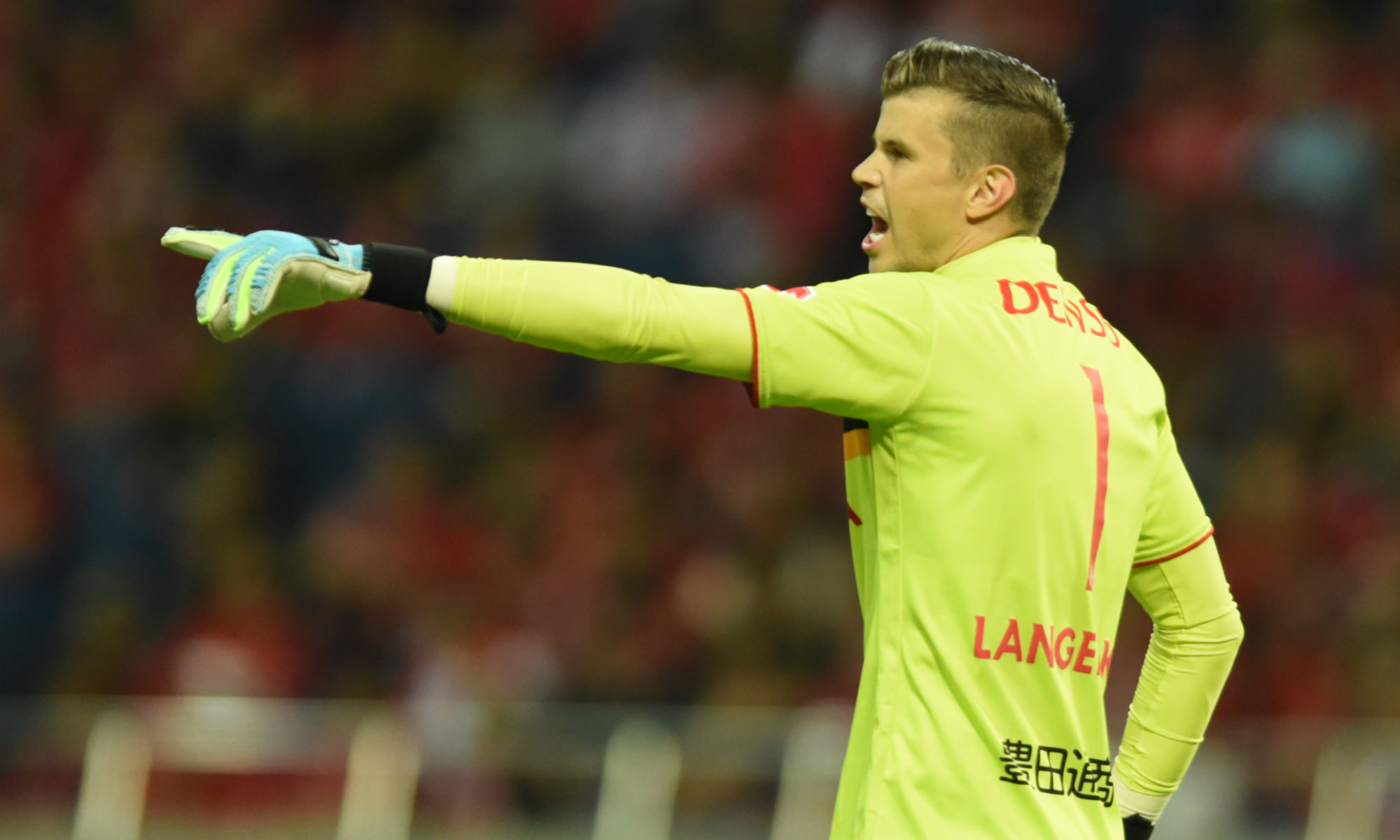 Kim Ho-nam’s 52nd-minute goal lifted the away side off the bottom of the ladder, while Bluewings has Yang Sang-min sent off late on.