A dramatic, stoppage-time winner from Beth England sealed a 2-1 triumph for the Blues against their London rivals, as Kerr and Foord came up against each other for the first time since jetting across the world to play in England's Women's Super League. 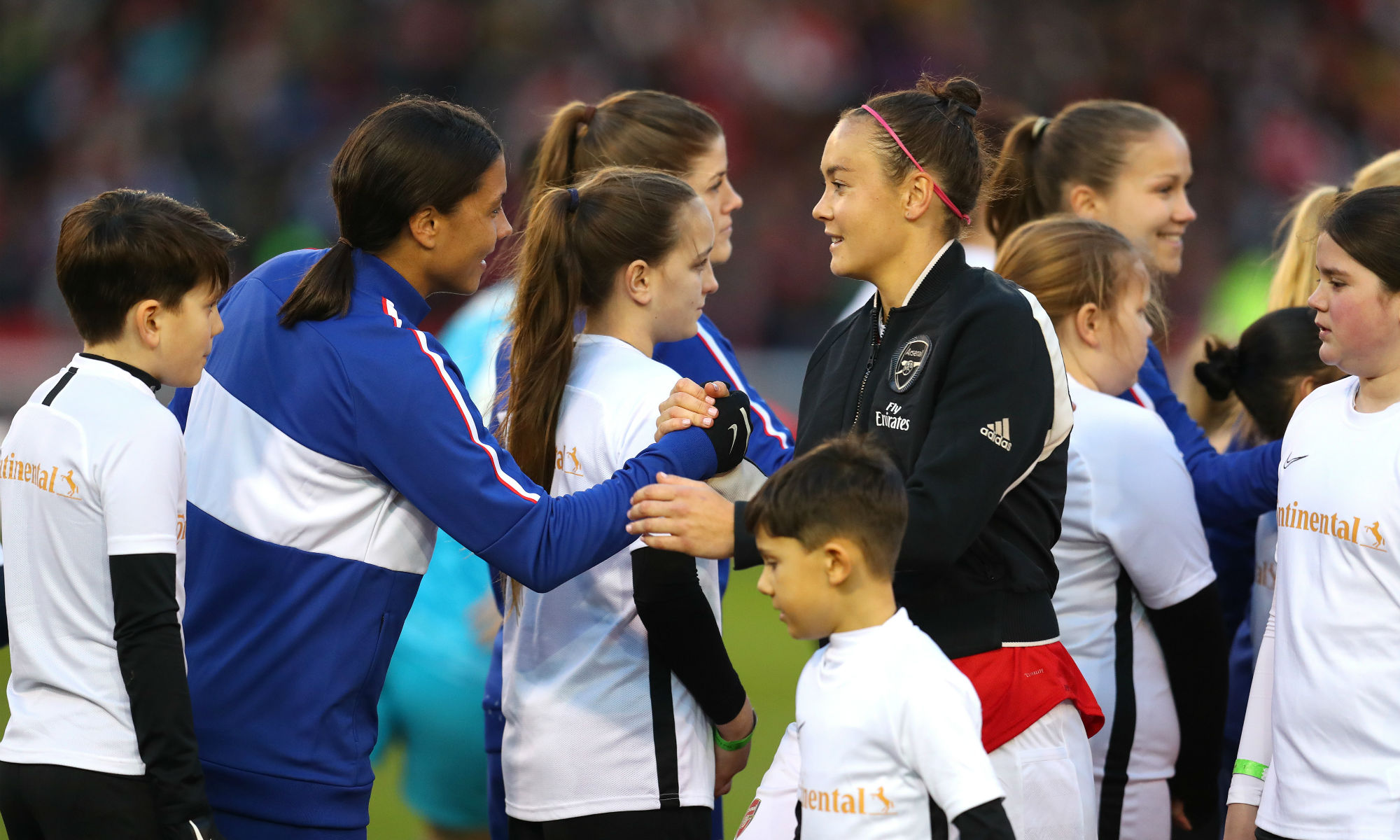 The Westfield Matildas forward pair were both in the starting line-ups at the City Ground, home of Nottingham Forest FC, and the West Londoners drew first blood when England bundled the ball into the Gunners' net to put Chelsea 1-0 ahead from inside a crowded penalty area after seven minutes.

The five-time League Cup winners responded positively and Chelsea goalkeeper Ann-Katrin Berger was kept busy to ensure Kerr's side went into the sheds with a half-time advantage. The German shot-stopper denied Louise Quinn, Jordan Nobbs and free-scoring Dutch striker Vivianne Miedema as Arsenal piled forward in the lead up to the interval.

WATCH: Road to Tokyo 2020 - the journey so far
MILICIC: Westfield Matildas prepared for anything as Vietnam looms 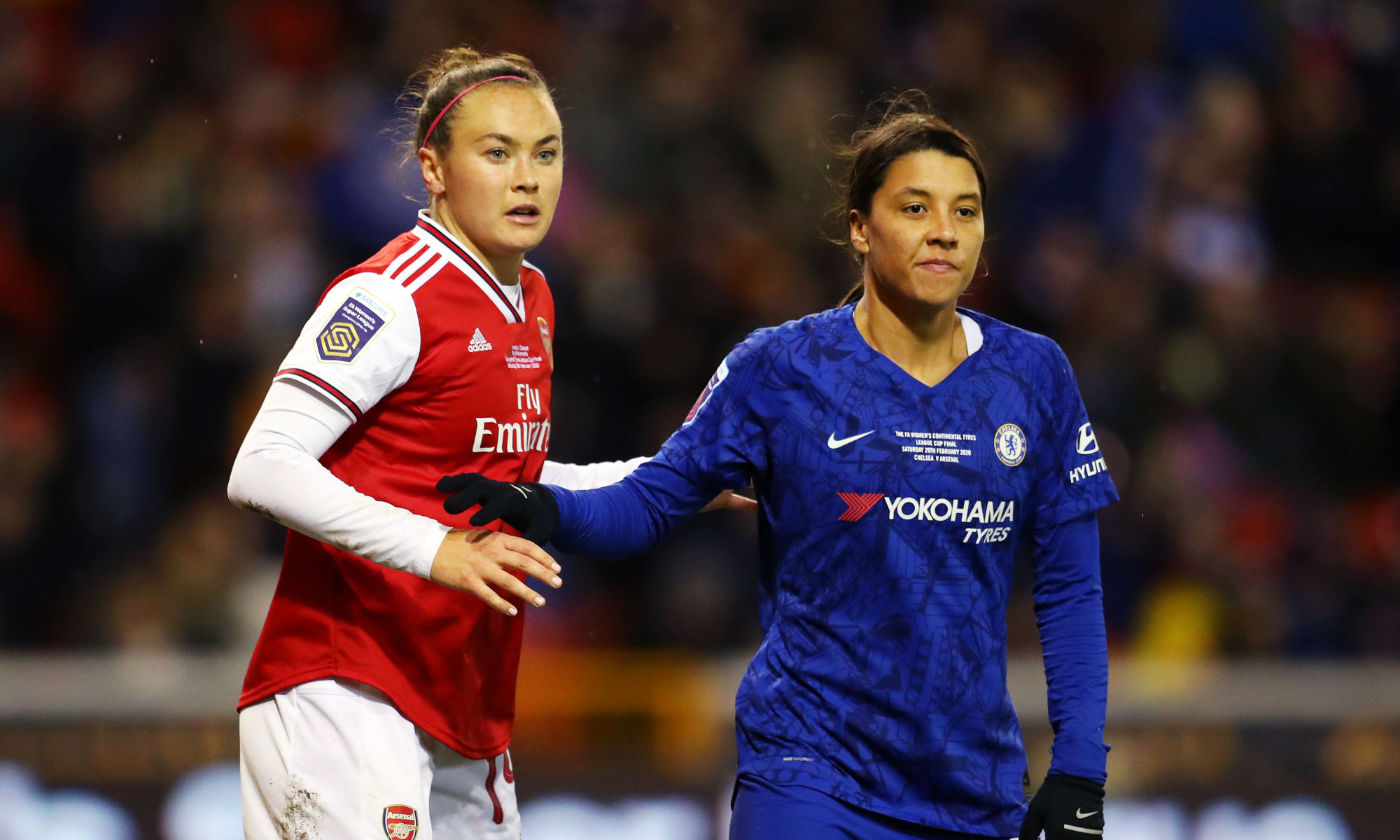 Gunners top scorer Miedema spurned a series of chances to bring Australian coach Joe Montemurro's side level, as Berger excelled in the Chelsea goal, until the pressure finally paid off when Leah Williamson slid in an 84th-minute equaliser as the match looked destined for extra-time.

But Chelsea never let it go that far, as Swedish left-back Joanna Andersson's deep cross found Norwegian forward Maren Mjelde at the far post as the clock ticked past 90. England reacted quickest on the edge of the six-yard box to sweep in her second of the game with Kerr close to attacking the same ball.

Jubilant scenes followed as head coach Emma Hayes' side downed the most successful club in the competition's history and engraved their team's name on the League Cup in the ninth edition of the tournament.

Following a thrilling cup final, both sides turn their attention back to chasing down WSL table-toppers Manchester City. Chelsea sit in second place, a point back from the ladder leaders, while Arsenal are four points off the top – while both teams have a game in hand. 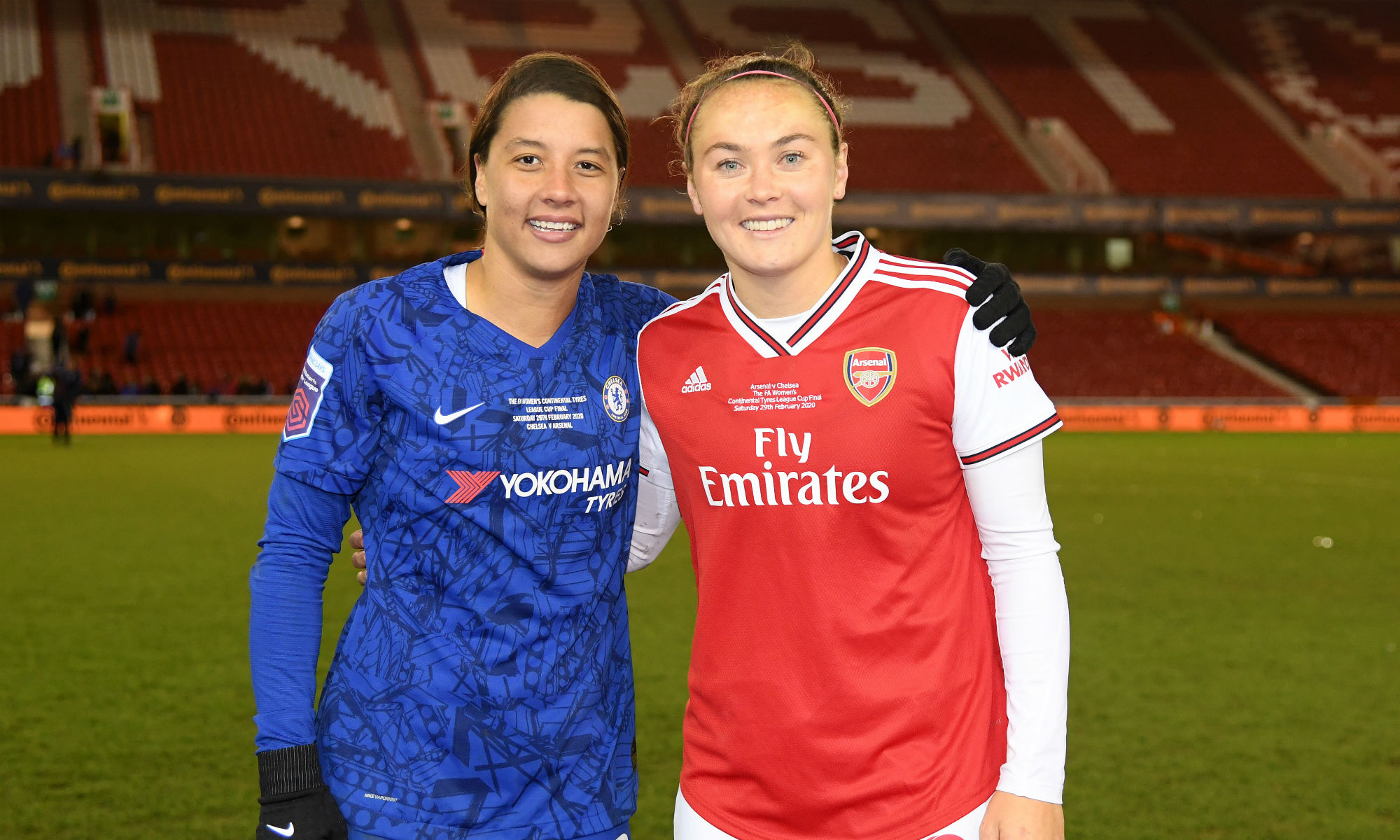