The moment Maradona and his Argentina team mates arrived in Australia in 1993 you sensed your world was about to change.

An epic two leg triumph against Canada albeit by penalties in the second leg in Sydney opened the door for the Socceroos to reach the last World Cup qualifying hurdle.

This final mission was like no other. An Argentinian side revitalised with the inclusion of Diego Armando Maradona who answered his country’s call by coming out of retirement.

Argentina’s arrival at Sydney Airport was greeted by a swarm of media – not just football journalists. It was standing room only at the Sydney press conference in a Brighton Restaurant. Argentina’s first training was all chaos and madness. Security was everywhere – more so for Maradona.

The Australian media – not just the generic football and sport reporters – followed Maradona’s every move. I was in awe seeing our game front and centre on all media platforms. This is what our game needed.

READ: The two Socceroos Maradona praised and swapped jerseys with 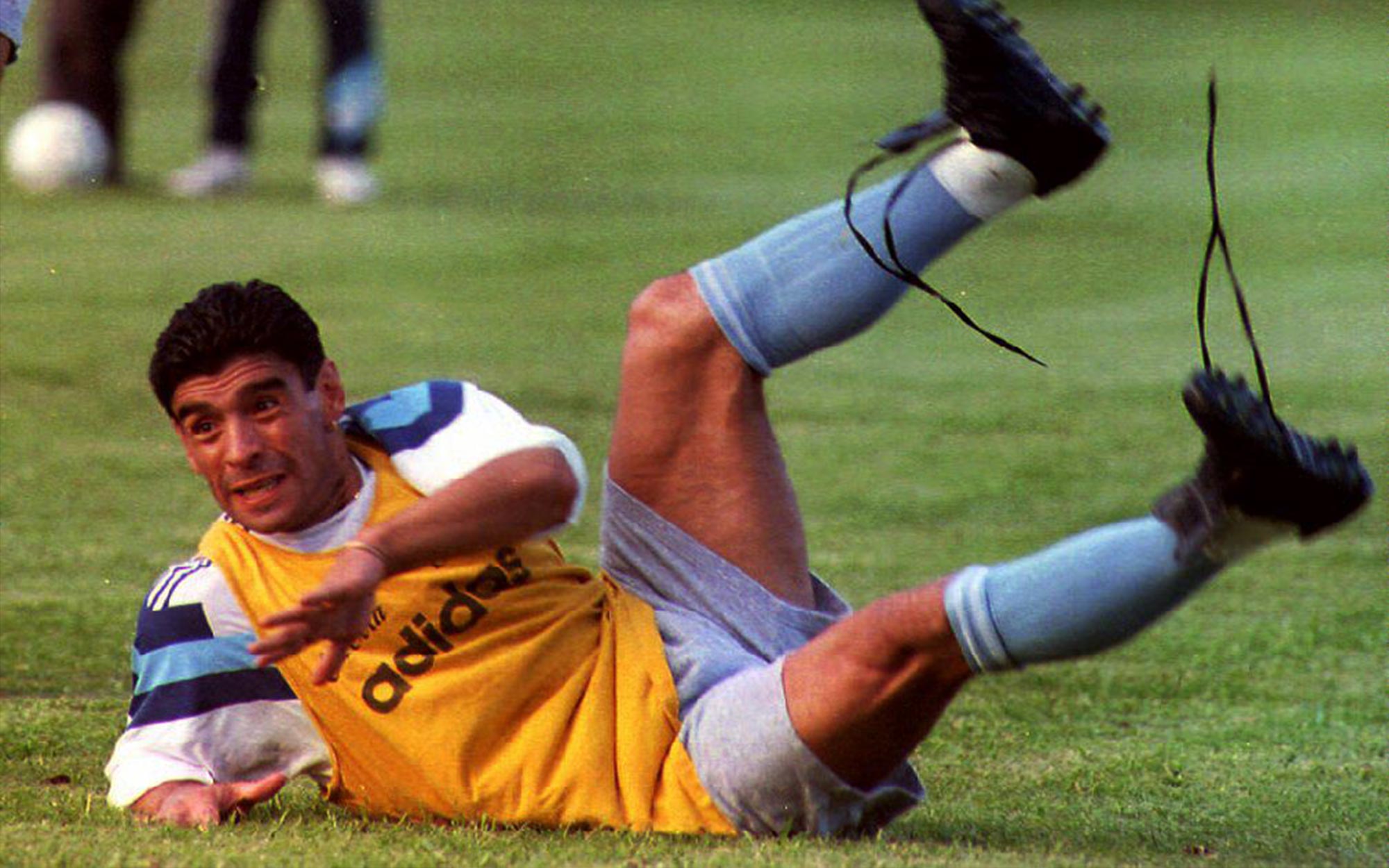 Imagine what it was like for a 31-year-old “rookie” commentator working with the likes of Les Murray, Johnny Warren, Mike Tomalaris and director Harry Michaels on what was at the time our biggest ever qualifying game?

SBS first opened my eyes to the brilliance of Maradona. How many of us would rush home after playing our regular Saturday game to catch a glimpse of his brilliance on the World Soccer show. Little did I know that in 1984 I would start working at SBS and get to see his exploits week in week out.

Typically Les was a step ahead. He bought Maradona two gifts for his daughters and gained an exclusive one-on-one interview with him at the team hotel - Crowne Plaza in Coogee.

I arrived at the Hotel hoping for a photo opportunity with my son Christopher who at the time was just two years old figuring it would be a lifetime memento. We had to settle for a quick game of tennis with his brother Hugo. Maybe next time???

It was always about timing when it came to getting to close to Maradona as Socceroo Paul Wade would soon find out in front of what was then a record crowd of 43,967 at the Sydney Football Stadium.

The build-up, tension and expectation levels were like nothing I had seen before. It was such a buzz sitting with Johnny Warren in the commentary position in the member’s area.

Socceroos coach Eddie Thomson prepared his team well remembering we also had some awesome players who had been plying their trade in European leagues. Current Socceroos coach Graham Arnold, like many of his team mates, was flying back and forwards from Europe to play for both club and country. That’s just how it was. No first class travel just economy.

Maradona has probably never flown economy class. His mere presence on the pitch that night was somewhat frightening. In the 37th minute, he pounced like a predator near the corner flag, whipped in a cross from the right and Abel Balbo did the rest. The Maradona curse struck. This was first class.

To their credit the Socceroos bounced back. Ned Zelic delivered the perfect defence splitting pass; Tony Vidmar crossed inside to his brother Aurelio and we were back on level terms on the stroke of half-time. The reaction was deafening. Dare we dream of qualifying for the 1994 World Cup?

The ground was buzzing.  Johnny Warren like most of us at the Stadium had belief – belief that the Socceroos could cause an upset. Sadly the desired outcome wasn’t to be despite Australia having some great chances in the second half.

Typical of Maradona’s standing in football several Socceroos would queue up for his autograph during a stopover in Auckland en-route to the second leg in Buenos Aires. Sadly an own goal in the 58th minute would bring us undone.

Our dreams were shattered – again.

Maradona and his team would go on to secure the final place for the 1994 World Cup in the United States but Maradona would then fail a drug test after the Greece game.

One wonders whether Maradona and any of his team-mates had followed a similar path before playing the Socceroos but that’s a story for another day.

Andrew Paschalidis is a former SBS and Fox Sports commentator who has spent the last five years commentating the emerging Indian Super League competition. Andy is also the founder of the Heartbeat of Football Charity (www.heartbeatoffootball.com.au)