Westfield Matilda Amy Harrison has re-signed for PSV after making the move to the Dutch giants in April 2020.

The 24-year-old has featured in every one of PSV’s nine Eredivisie Vrouwen matches helping the side to their current second placed position with a tilt at the title in sight.

Harrison also played a role in PSV progressing through to the next round of the Eredivisie Women’s Cup and the KNVB Women’s Cup semi-final.

“When I weighed it all up, it was quite an easy decision,” Harrison told matildas.com.au.

READ: The Check In: Aivi Luik living and learning in Spain

During her time in the Netherlands, the midfielder has also made her UEFA Women’s Champions League debut, featuring in both legs of PSV’s Round of 32 clash with Barcelona.

It was the club’s first outing in the competition, making Harrison forever a part of PSV history.  For the Sydney native, committing to 2022 brings a sense of stability to a 12 months that has not always had a lot of it.

It’s really important especially in the world of unknowns we are living in now.  To have this stability to know this is where I will be and this is where I can develop in the next year or so, it’s really nice.”

“I am pleased to know that it is all done and that I can be really excited. Looking forward to growing more here in the Netherlands.” 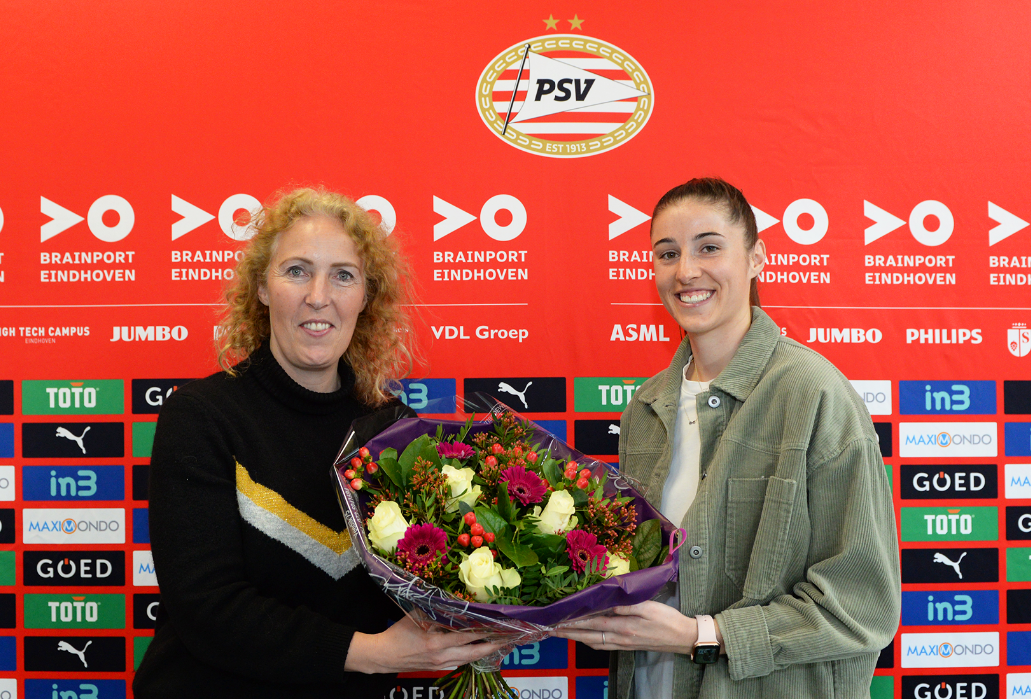 The move to Eindhoven has been a positive one for Harrison. When matildas.com.au last caught up with her, she had been relishing the consistent game time.

“The past few years I was coming in and out of injury so often that I could never find that consistent game time or to be a consistent starter so to come here, and to be a starter, and play a lot of minutes has definitely been a big positive for me.” Harrison said.

“And then within that I definitely think it’s helped progress my game. You learn so much from playing a lot."

"Mistakes and how you improve and making the things you’re good at, better. So I think it’s definitely been a big positive for me and something that I’m very happy about.”

While the re-signing is great news on the playing front, there is a bittersweet element to it with Harrison for from her hometown Sydney and video calls the main way of seeing family at this stage.

“When I told them the first thing they said was “but are you coming home?!”, she laughed. “They are all super excited for me and proud of me being here and rose to the occasion of being so far from home.”

“When I did weigh it all up and spoke to my family about it, the pros of being here outweighed the cons. Stripping it all back, it always is a difficult decision knowing you are away from home for so long and so far from home."

"Missing home is something that will never really go away but me as a player this is where I want to be. It [the Netherlands] is where I need to be right now as a player and a person as well.”

Despite the distance, Harrison is happy with the decision to further her football in Eindhoven.

“I am pleased to know that it is all done and that I can be really excited. Looking forward to growing more here in the Netherlands.”