Alex Chidiac’s last 12 months have been a bit of a whirlwind.

It’s included recovering from injuries, moving from Madrid to Melbourne in the middle of a pandemic, and finally returning to consistent football with a strong season in the blue of Melbourne City in the Westfield W-League.

“I mean the last 12 months have been so hectic, very up and down. Lots of quarantining and hotels, lots and lots of rehab. But it's all worth it in the end.” said Chidiac.

“You see lots of girls struggle with injury, and they put the work in and they come back stronger. And you know, you just use that as motivation to get back out there. So I'm really, really happy to be back and especially back at Camp being around the girls again.”

“It was a strange one for me. I hadn't played 90 minutes in such a long time. So it was just nice to get back out and start playing football again, honestly. So I'm just really grateful to be back playing. And that's kind of what carried on throughout the season.”

The aim for Chidiac this Westfield W-League season was to play plenty of minutes and stay healthy which she achieved. That form was then rewarded with a spot as one of 26 Australian-based players to take part in a second Women’s Talent Identification Camp, held in Sydney last week.

The 22-year-old is familiar with the national team set up but was happy to return to the environment after some time away.

“It was another strange one, I haven't been in this environment for quite some time. So it's a little bit of an adjustment, but there's so many girls here that have had such amazing W-League seasons. And in the past, I think definitely should have been here. It's nice to see a few new faces, and they're doing so well as well, so it's really great.”

While Chidiac was returning to Australian shores and Australian camps, Aussie fans were being reacquainted with a player whose talent has been in around the national league and national team since she was 15.

Her time in Spain meant she wasn’t as visible to fans down under, and so upon her return, the football community was reintroduced to a more grown up Chidiac. 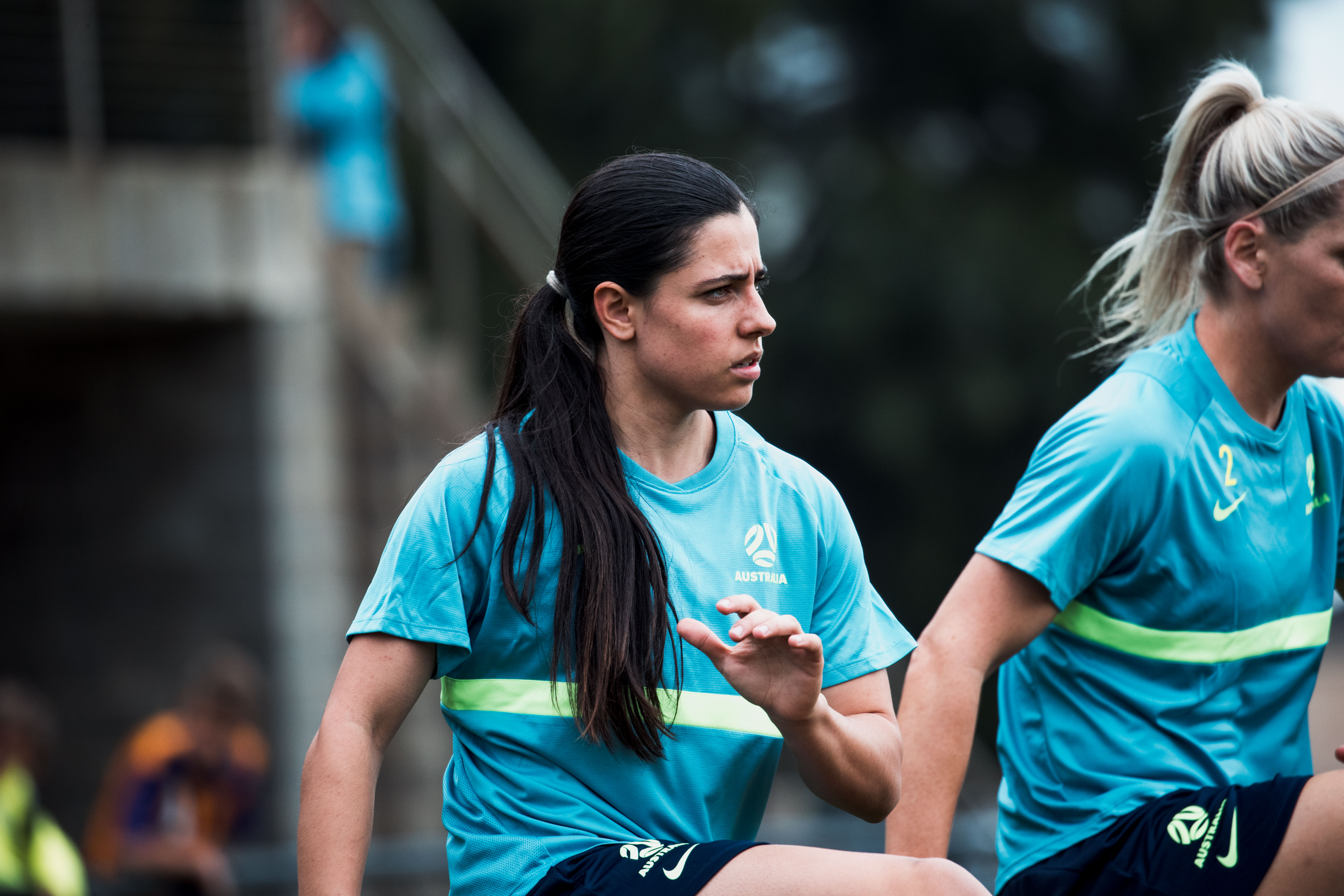 “I think I’m definitely a lot more mature. And I was trying to figure out new parts of my game as well. I was very one sided, especially. I was just a very skilful player, now I'm starting to learn a lot more of the tactical side of the game and kind of unlock different parts and sides of my game too.”

“So I think definitely very different. There's still a long way to go. But definitely being in this environment helps to kind of see where I'm at, and then see what I need to improve on.”

Emily van Egmond etched her name into the Australian football history books, becoming the eighth woman to earn 100 caps for her country. Her love for football began at a young age.

Another round of "learnings and positives" for Gustavsson after Danish defeat

A disappointing result has not stopped Tony Gustavsson from taking out both the positives and opportunities to learn following his team's 3-2 loss to Denmark.   "You're always disappointed when you lose.