Fighting fit and ready to go, Shervin Adeli has shaken off his injury curse that threatened to derail his part in the Futsalroos FIFA Futsal World Cup bid in Colombia.

As the squad prepares for their opening match of the competition against Mozambique, the attack minded East Coast Heat star is finally back to his best after a series of knocks that made 2016 a frustrating year.

“I had an injury at the beginning the year and was out for about three months,” Adeli confirmed. “I came back and injured it again as I didn’t treat it properly and had an operation about three months ago. It’s been a long process but I am happy to be here. I was looked after by some wonderful medical staff and they got me back on track and here we are.”

Having been gifted with a strong frame, pace and the ability to create something spontaneous in attacking situations, it is little surprise that he forms a strong bond with fellow Futsalroos playmaker Daniel Fogarty.

“I can offer a lot in attack, creating and scoring goals and sparking something into a goalscoring opportunity,” Adeli said. “Both of us are attacking players and I have known him for ten or eleven years now and that kind of bond helps on the pitch as well. Knowing where to run and pass and where each other will be, I am looking forward to getting that combination back on the court.” 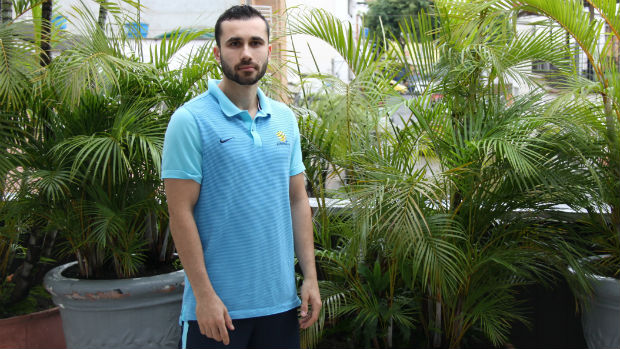 Whilst Adeli’s part in the warm-up fixtures with Costa Rica and Kazakhstan was noticeable, it’s also worth remembering that those matches were the first he had played at the elite level for closing in on twelve months.

“There were times when I didn’t think I was going to make it, especially being in a boot for two months and watching the boys running, getting fit and doing drills was hard,” he said. “But, having the medical staff to look after me, along with my surgeon Dr. Gupta, and my own personal physio, Vince Cagliostro, has helped me to get here. Their work, alongside Kerry McGregor, James Gullota and the Futsalroos medical team was unbelievable.

“It had been nearly a year since I played an international game, so I was looking forward to getting the basics right and getting ready for the first game against Mozambique. We don’t need to change too much as we have been doing really well with our training and treatment and all the coaching staff and fitness staff are doing a tremendous job, so it’s all going to plan.

“This first game is very important and it’s almost like a Grand Final for us so we need to ready and firing and get the job done. I believe we can qualify from this group. Mozambique is a hard game but I am confident in our squad that we have enough ability and talent to get over the line.

“I want to play to the best of my ability and help out the team when I am needed, defend hard and score some goals.”

The Futsalroos commence their FIFA Futsal World Cup campaign on Sunday 11th September (local time) against Mozambique. The match will be screened live on SBS on Monday 12th September with coverage commencing at 6.50am.