The Adelaide fixture that will set Coopers Stadium alight

Get out your pen and paper Adelaide United fans, fireworks are going to be guaranteed in these three fixtures.

The Hyundai A-League 2019/20 Season draw was announced on Thursday, so to stoke the furnace of excitement ahead of the new campaign, we've identified three fixtures Reds fans simply can't afford to miss.

Adelaide and Sydney have met on the FFA Cup battlefield for the last two finals, and it was the Reds who exacted revenge on their 2017 defeat by taking out a memorable 2018 title at Coopers Stadium.

It is at that very venue where the two sides will light the touchpaper for the new 2019/20 campaign, in what is new United boss Gertjan Verbeek's first league match in charge.

How will Adelaide perform on Marco Kurz's return to Coopers?

Once a figure of worship in the City of Churches, ex-coach Marco Kurz should expect the reception to be frosty when he takes his new Melbourne Victory team to South Australia on November 23.

The German gave United fans memories that will last a lifetime throughout his two-season tenure in Adelaide, but those supporters may well be seeing red when Kurz returns to the club where he made his Hyundai A-League name.

Will Adelaide be able to get a morale-boosting win over their former mentor?

Can the Reds exact revenge on Perth Glory after last season's Semi-Final exit?

Adelaide played their part in one of the all-time great Hyundai A-League matches in the Semi-Final of last season.

The Reds pulled off an amazing escape in the final 10 minutes of normal time - and again in extra time - to force runaway Premiers Perth Glory to penalties at home.

It was a match which epitomised the fighting spirit Kurz had instilled in his charges while at the helm of the Reds, and although the club is heading into a brave new direction, you can be sure Adelaide will be fighting tooth and nail to pile misery on Glory when the two teams reunite. 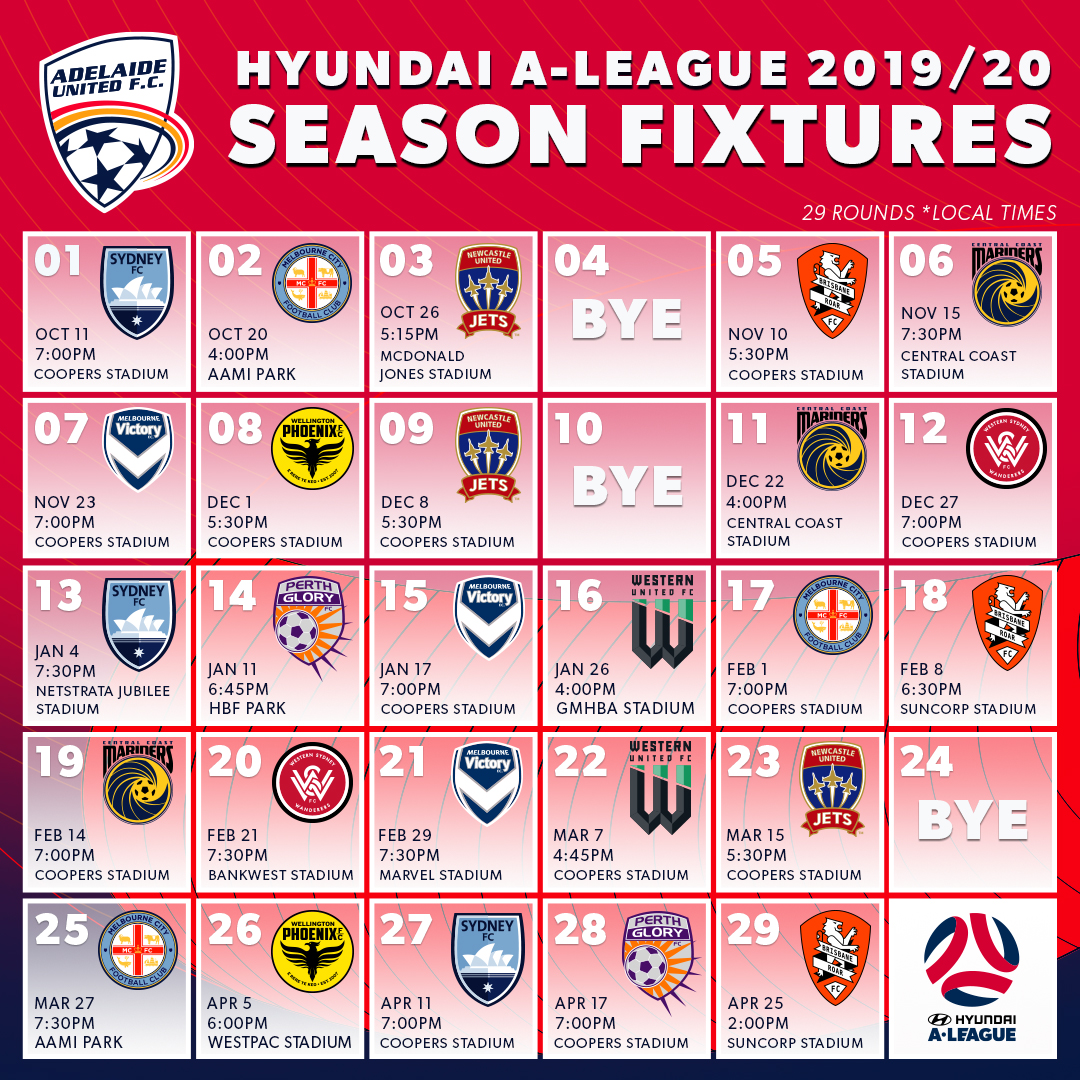