Two years ago today Australia played France in Kazan and especially now, when a trip to the shops is an outlandish adventure, it feels like a moment in time spent in a parallel universe.

​A game of football, against the team who would became world champions, played in the middle of Russia, a million miles from our way of life, surrounded by mind-blowing architecture from the middle ages. And Daryl Braithwaite.

​A World Cup removes the possibility of anything being ordinary. It's one part sporting event, one part remarkable adventure, one part unknown. You can make what you want of all three, but if you throw yourself at each one, chances are you'll never want to miss another one.​ 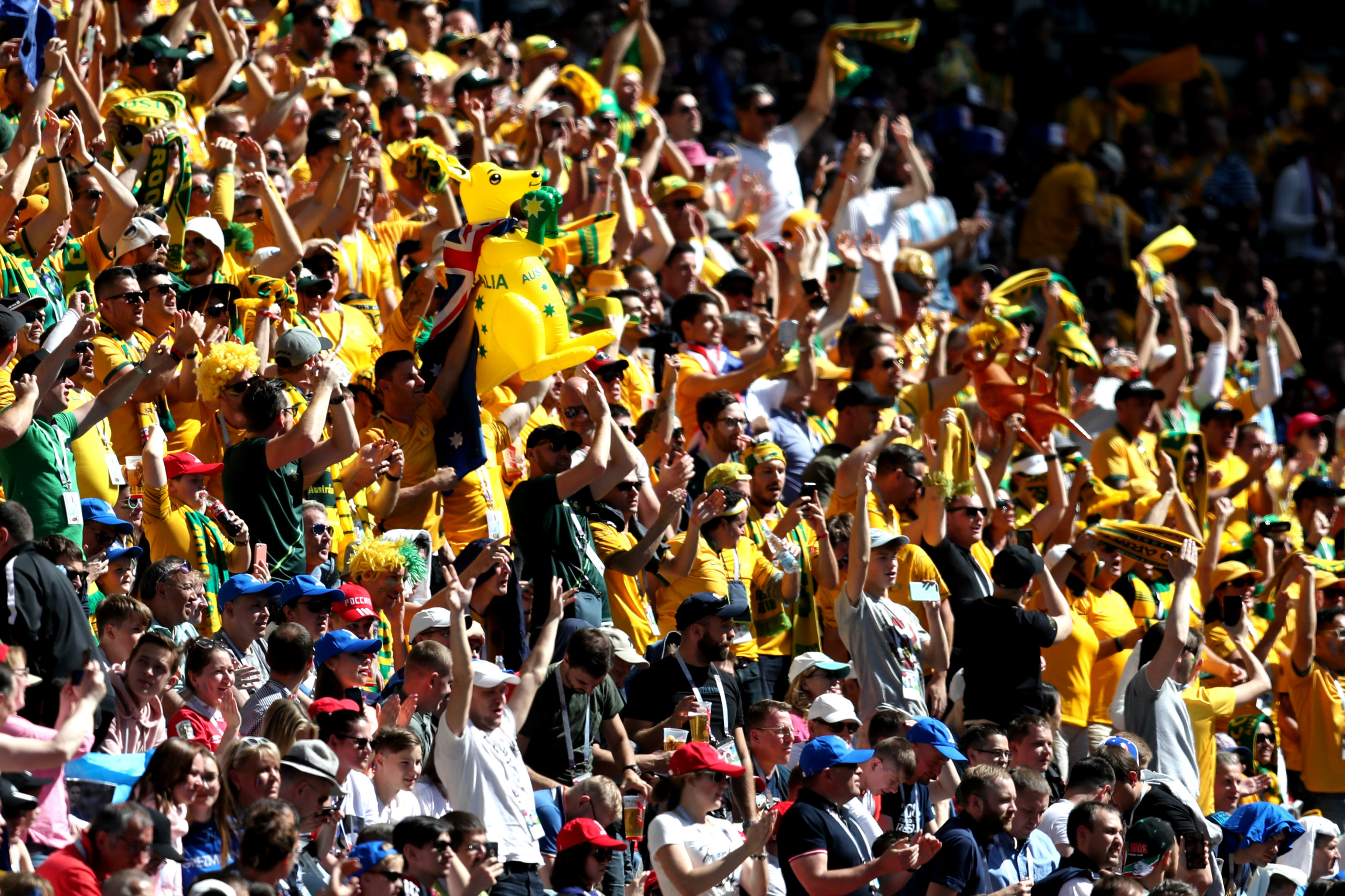 A sprawling city on the edge of the mighty Volga River, it has hosted its fair share of turmoil, including the 16th Century Siege of Kazan when Russian forces took over the joint, led by Ivan The Terrible. That's what else a World Cup gives you - a history lesson. Delving into the life of Ivan The Terrible soon makes you realise he was, in fact, Ivan the Arsehole. ​

Which is why us Australians went to Kazan, and indeed Russia, keen to express our way of enjoying ourselves without going overboard. Probably not best to tick off the locals,  given history has them well-versed in the subject of conflict.     ​

​So we all held on to respect for ourselves, and our surrounds as best we could. Kazan's main street of bars - including a Coyote Ugly one - tested that resolve. Not once did you feel unsafe, which on reflection probably had something to do with the fact undercover agents were on every street corner, just making sure.

​
​The tour I was on warmed up for the France match with a Daryl Braithwaite concert the night before. There he was, the great man, in the middle of Russian, belting out Horses to a grateful audience of country men and women in a beautiful old theatre a few kilometres from where the next day's showpiece took place. Portugal and Spain played out a classic on the big screen. Daryl came back for more. Tomorrow could wait until then.​

​Oh yeah, the match itself. It played out on a beautiful clear Russian summer's day, one of those endless summers day, light for 20 hours, where time doesn't mean much unless you're chasing a game of football.​

​The build up centred around how Australian would stay with France, and all their global superstars. Mbappe, Pogba, Greizmann. Exactly how where Risdon, Behich, Mooy meant to compete?​

Compete we did - Mooy looked as good or better than their bunch of big names - and 15 minutes in it was obvious France weren't in rhythm. Perhaps Bert van Marwijk could loosen our ultra-conservative methods. The Socceroos would not charge forward recklessly. Or at all. And frustration grew. France were good, everyone knew that, but we didn't seem to want to find out if they could also be bad.​

​Eventually the game opened up on the whim of VAR. Josh Risdon had clipped Antoine Griezmann in one of those decisions that if you get, brilliant, but if you don't, you feel ripped off.​

Bathed in sunshine, our squints of sorrow only lasted four minutes, when Samuel Umtiti gave away a penalty. Now while us Australians have been known to replace sane heads for pumpkins and depart from common sense on our travels, Umtiti's decision to leave his arm way above his head to comically defend a cross was easily the most stupid decision by anyone across those few days in Kazan.​

Mile Jedinak and his Rasputin complexion stepped up and buried the penalty, making grown adults act like kids on Christmas morning, with the notable addition of beer soaked group hugs with complete strangers.​

Now we were in it. Watching from the stands gives a totally different perspective, completely taking away objectivity that different camera angles and a commentator can perhaps provide. Those last 30 minutes, in keeping with the whole trip to be fair, were a blur of hope, unhinged yelling, unhinged arm motions, and abuse hurled at Lucas Hernandez who couldn't help throwing himself on a floor and carrying on like a complete ******* (with all due respect). ​

​We chased, we probed, we stayed perhaps a little too careful because a draw against France in the opening game of a World Cup is a great result. ​

​A shot from the edge of the box was deflected, and it skewed and spun over Mat Ryan's head inches off the line. Paul Pogba you lucky.....​​

We slunk out of Kazan Arena, much daylight left. So what do you reckon we all did? We commiserated together, with mates we travelled with new lifelong friends made sitting next to at the ground or on the train or plane getting there. We commiserated with locals, who by now had come to appreciate our strongly-held desire to enjoy ourselves, no matter what the situation.​

​The sun went then came back a few hours later. The players were back in their cocoon, trapped off from the surreal world going on around them.  ​

​A World Cup as a fan is one beautiful, mad experience. The next day it was on to Samara for the Denmark game. Just over a week later, Australia were out of the World Cup. A month later, France were world champions.​

​Two years on, Kazan remains unforgettable. Aside from the parts that can't be recalled.​