Tony Gustavsson: "I know how this team can dig deep when it comes to grit"

Ahead of a historic Olympic semi-final against Sweden tomorrow, Matildas' head coach, Tony Gustavsson and forward, Kyah Simon caught up with Tokyo 2020 media talking tactics and what changes they will make after their initial meeting against the Swedes in the group rounds.

"Sweden are a very impressive team, I think so far, they've been the best team in the tournament," Gustavsson said.

"The first half against the US might be one of the best games I've ever seen a Swedish women's national team play.

"A lot of their attacking players are in the form of their lives, you can see that in their attacking game, they score a lot of goals, their willingness to run and defend as a team is impressive, so I think it's going to be tough game," he continued.

"When we played them last time we showed that we have things in our locker that also can hurt them, and that's why we scored two goals, but obviously you don't win if you concede four, so it's about seeing if we can stop both forwards in the Swedish team in the semi-finals coming up."

Forward Kyah Simon echoed her coaches thoughts on the Swedish side.

"I obviously agree with Tony, I think Sweden have always been such a high-quality team and they have an abundance of experience at international level," she said.

"They have a lot of threat up front and danger in the final third with a strong defensive unit as well, but looking back on our last game, when we played them, I think we showed glimpses of what we can do as well, so if we can, multiply that and play our game, I think it will be really good matchup."

The head coach went on to further analyse the last match between the Matildas and Sweden.

"We succeeded in that first hour to deny their strength, but we didn't manage to do it for 90 minutes, and a team that is in the form that Sweden is right now, I think we gave them about 10-12 minutes in the second half and that cost us on goals and cost us the game," he explained. 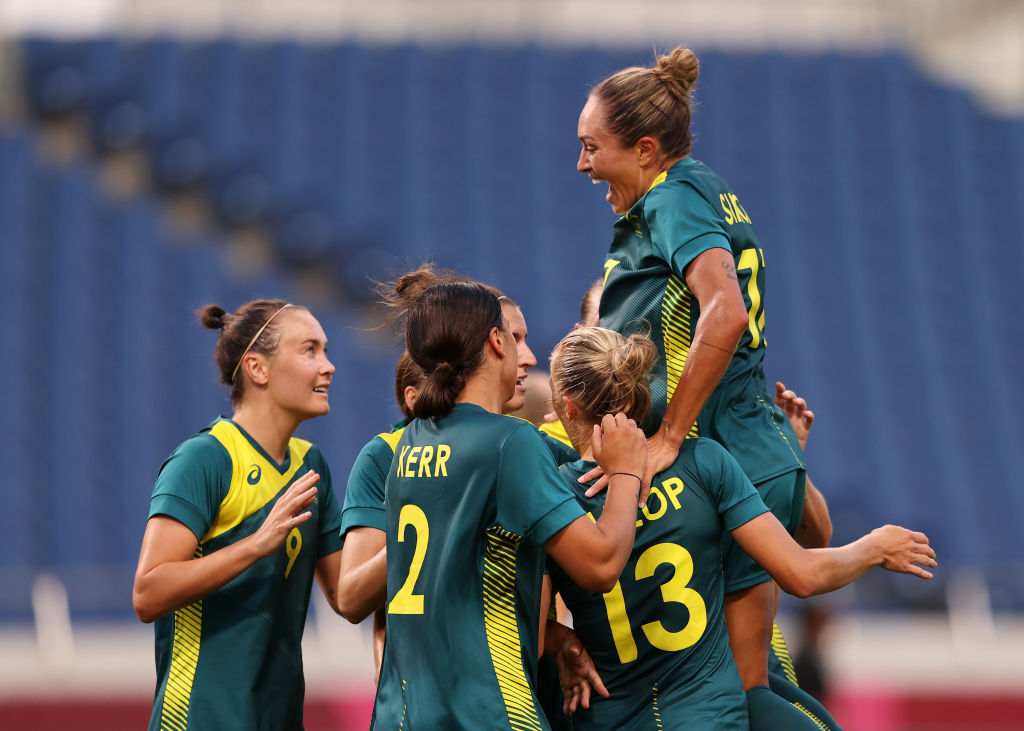 "We had to look at what we did in that period that wasn't good enough to deny their runs in behind, because when they're faced off with no pressure on the ball, there's a lot of players willing to run in behind and they finish off. Their conversion rate against us, they were able to score on almost everything they created.

"So we need to not have them play in behind us as much, but also, I think the best way to avoid having a Sweden attack against us is to make sure we have the ball and that's what we did the best in the first half against Sweden.

"I haven't looked at all the stats, but I don't think any other opponent had that much possession as we had in the first half and we managed to break down their press in a good way, both in their high and medium block and that made us control the game with the ball.

"We looked at that and looked at what we think Sweden is going to do to us defensively, because I think they are probably going to change a bit because if they do the same thing as they did in the first half, we might have the ball too much that they won't want us to have that.

"We'll look at what changes we think they are going to do and we'll come up with a Plan B to make sure we can handle that, so we can have the ball a lot."

MORE: Steph Catley: We finally have the chance to show what we're made of on the biggest stage

Gustavsson was asked how the team plans to handle Swedish super-striker, Stina Blackstenius.

"She's obviously in form and I'm impressed by her, I have to say, I think she's been phenomenal," the Swedish-born, Australian coach said.

"She's also been working very hard defensively and her runs in behind have been really good, but I think, it's not just about defending her in that moment, it's what happens a moment before she is in play and the moment before that.

"If you look at, what's the road to Stina Blackstenius, if you look at where it starts and how we can deny that from happening in the first place, in most of the situations, it's been in more than transition. Sweden has been tremendous in defending and they transition fast into the space behind so it's about making sure we don't give away the ball in the wrong spaces."

When speaking about the starting lineup against Sweden on Monday, coach Gustavsson emphasised that the finishing lineup was more important.

"I want to be very clear and I said it before the Great Britain game as well that it's not just about the starting lineup, it's about the finishing lineup as well and if we look at that GB game, we won the game with the game changers coming in for us, so it was 17 players representing us in the quarter-final, and who knows it might be the same this time," he said. 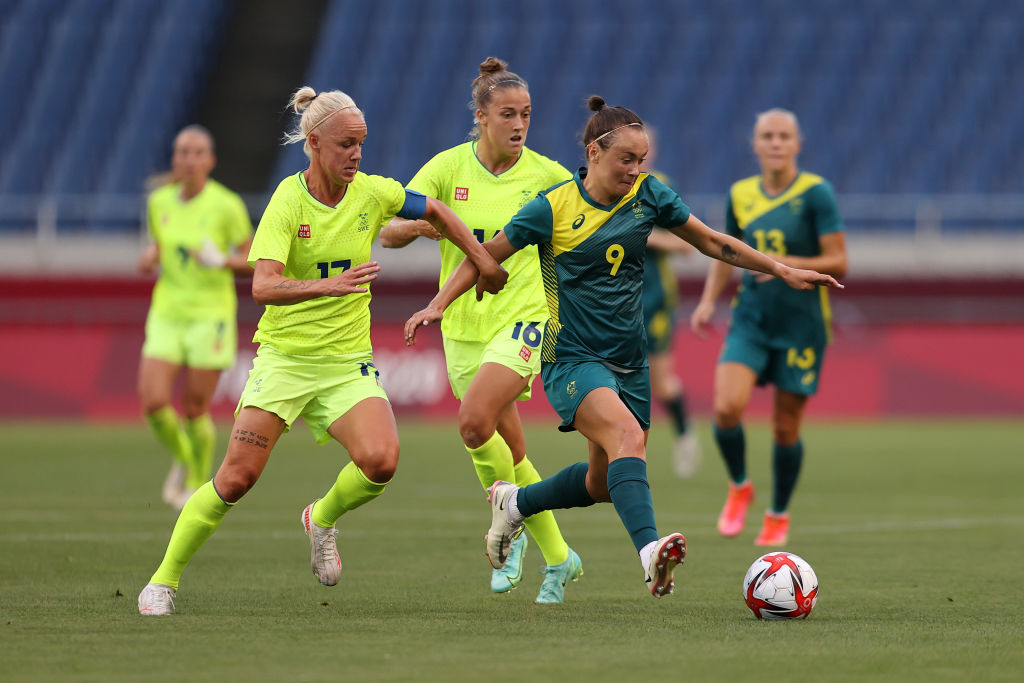 "We need every single one of the players that are available. I think someone told me today, in terms of minutes played I think we played more minutes per player than Sweden have going into this game and someone said we were going to be fatigued and not be able to do it.

"I know this group very well when it comes to fitness and when it comes to grit and how much they can dig deep, so that doesn't worry me. I hope I have everyone available but I'll find out tonight."

Gustavsson said playing against his home country is something he's grown very much accustomed to throughout his carer which also involved the role of assistant coach for the USWNT.

"I've had some experience doing it before with the US team, and it's always unique to play against the country you're born in.

"It's going to be a special game, I've run into a few of my colleagues and friends at the hotel and it's nice to say hi to them, but once the game has started, it's game on. I'm representing the Matildas and we're doing everything in our power to make a final here."